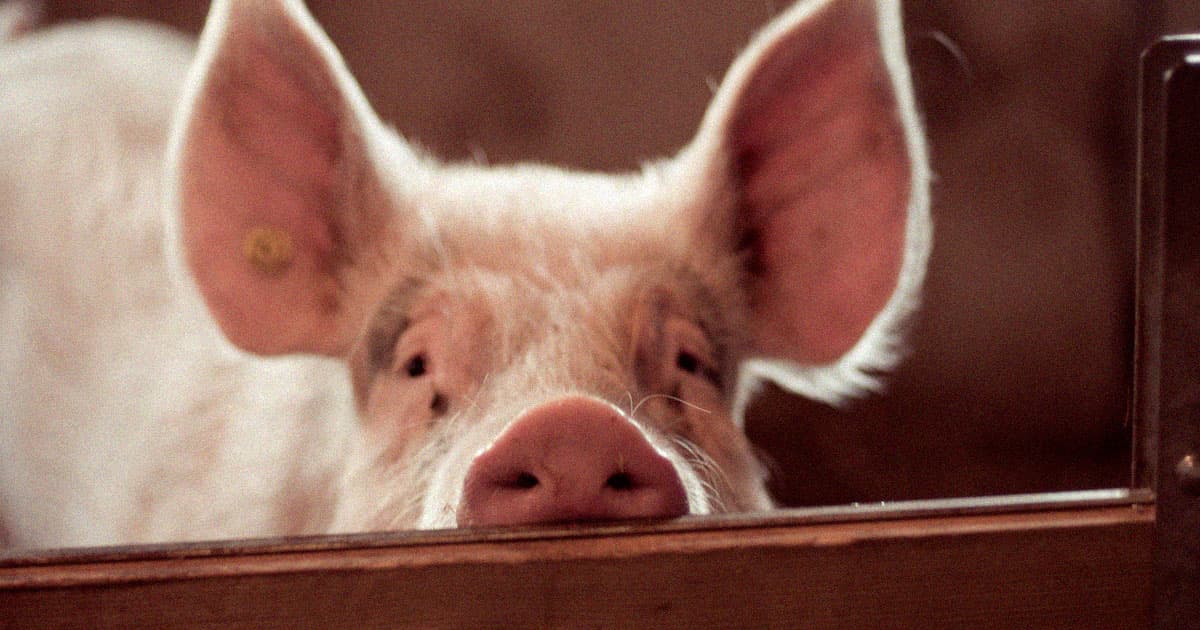 In what appears to be a major breakthrough in the quest to treat erectile dysfunction, scientists in China have successfully restored normal erections in pigs with injured penises by way of bionic tissue transplant.

As detailed in a study published in the journal Matter, the researchers — a team of biomedical experts at the South China University of Technology (SCUT) — centered their project on the tunica albuginea, a tissue of in the penis with a direct role in erections.

Millions of people suffer from erectile dysfunction, and roughly one to five percent of those people suffer specifically from Peyronie's disease, a condition in which scar tissue builds on the aforementioned tunica albuginea tissue, resulting in erectile pain and thus erectile dysfunction. This research, the scientists hope, will ultimately restore erections in humans suffering from Peyronie's disease and other injuries to the tissue.

As for how the bionic penis of it all actually works, it's actually surprisingly simple. Using a hydrogel material, the scientists were able to develop a biocompatible, artificial version of the layered tissue dubbed ATA, or Artificial Tunica Albuginea. (This was after a series of experiments involving — checks notes — detached pig penises, rat skin, and rabbit blood, but we digress.)

"Inspired by the delicate strain-adaptive structure of natural tunica albuginea," reads the study, "we propose an artificial tunica albuginea (ATA) composed of a strain-stiffening hydrogel consisting of aligned yet crimped fibers."

To prevent transplant rejection, each hydrogel patch was scrupulously crafted to perfectly match its real-life counterpart. The pigs were finally then fitted with the patch — and the results were seemingly quite extraordinary. According to the study, most of the pigs were soon able to regain normal penis function.

"ATA displays the capability to repair injuries and restore normal erectile function of the TA-damaged penile tissue in a pig model," the paper continues. "Our study demonstrates that ATA has great promise for penile injury repair."

As study coauthor Xuetao Shi explained to The Daily Beast, the patch does have its limits, for example failing to restore the natural tissue surrounding the damaged tunica albuginea.

Still, the research is promising, and not just for those affected by ED. As noted in the study, the researchers are hopeful that similar methods and materials might be applied to other injured internal tissues — the delicate tissues and vessels of the heart included.

"The strategy for constructing ATA could be extended to biomimetic constructs of various materials and other load-bearing tissues, such as blood vessels, intestine, cornea, bladder, tendons, and myocardium," the team concluded. "The mammalian penis is controlled by blood flow for a rapid soft-hard transition, and this bionic ATA might inspire the development of fluid-driven soft robots."