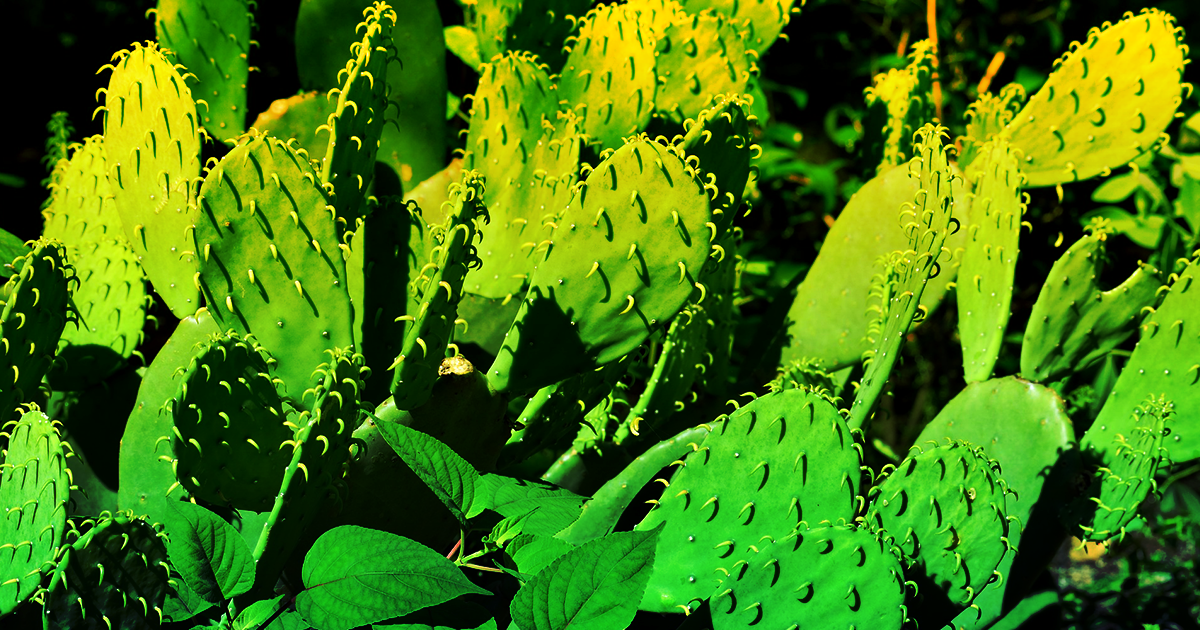 Engineers figured out a way to cut down on the amount of single-use plastics clogging our landfills and polluting the oceans — replacing them with a material made from prickly pear cactus.

The new plastic alternative, mostly comprised of juiced cactus leaves, rapidly biodegrades and doesn't require crude oil like traditional plastics do, according to BBC News — a potentially less harmful way to package food and other goods.

The new alternative plastics start to break down after sitting in the soil for a month. In water, they break down in a matter of days, the BBC reports.

"It's a non-toxic product," Sandra Pascoe Ortiz, the University of the Valley of Atemajac engineer who developed the material, told the BBC. "All the materials we use can be ingested both by humans or animals. And they wouldn't cause any harm."

That means even if the fake plastics make their way into the ocean, they'll either feed the fishes or dissolve instead of hurting wildlife.

Right now, the manufacturing process is largely limited to Ortiz's lab, where she spends ten days making a batch out of cactus juice and a blend of other renewable ingredients.

But Ortiz told the BBC she thinks the process could be sped up enough to compete with conventional plastic if her operation is scaled up and moved to an industrial facility.

More on plastic: This New Plastic Can Be Recycled Repeatedly