This “Artificial Throat” Is Like a Neck Tattoo That Creates Sound 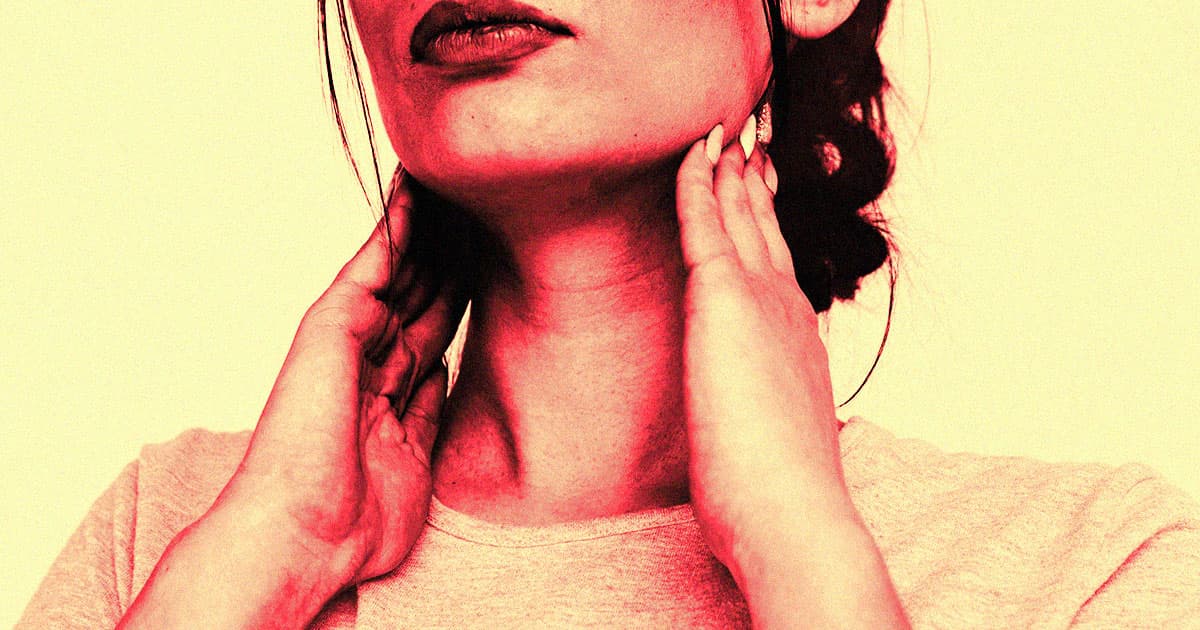 Image by Burdun Ilya via Shutterstock

A single devastating injury to the vocal cords can be enough to strip a person of their ability to speak forever, which can cause problems in everything from careers to relationships.

Now, a team of Chinese researchers say they’ve created an “artificial throat” that could give patients who are mute due to an injury the ability to speak again — and they won’t even need to go under the knife to take advantage of it.

According to the researchers’ paper, which was recently published in the journal ACS Nano, the first step to creating the artificial throat was laser-scribing graphene on a thin sheet of film made from polyvinyl alcohol.

Next, they attached the flexible device, which was about double the size of an adult’s thumbnail, to the front of a volunteer’s throat using water — like affixing a temporary tattoo.

Finally, they used electrodes to connect the tiny device to an armband equipped with a circuit board, decoder, and other electronics.

Once the artificial throat was in place, all the volunteer had to do was move their throat like they were speaking — but without actually making any noise — and the device could translate their neck movements into audible words, such as “OK” and “No.”

With proper training, users could likely learn how to generate throat signals the device could translate into speech, the researchers said in a press release — meaning this supermaterial-made “tattoo” could one day change countless lives for the better.

More on vocal cords: Scientists Create First Artificial Vocal Cords, and This Is What They Sound Like

Image by Burdun Ilya via Shutterstock