Artificial and Biological Neurons Just Talked Over the Internet 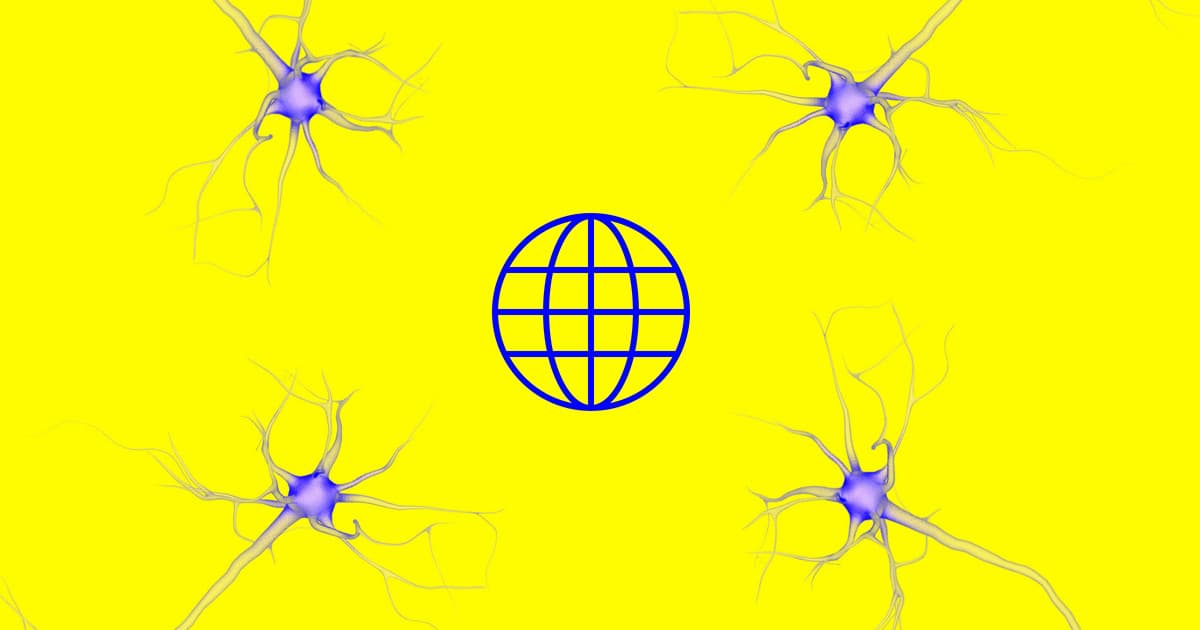 For the first time, scientists have engineered and switched on a working neural net that allows biological and silicon-based artificial brain cells to communicate back and forth.

Researchers in Switzerland, Italy, and the U.K. connected a series of neurons: two high-tech artificial neurons and one biological neuron cultured from a mouse's brain, that were able to communicate back and forth over the internet in a highly similar way to how neurons pass along signals in the brain.

The research, published Tuesday in the journal Scientific Reports, is in its early days. After all, one mouse neuron in a petri dish is hardly the same as an internet-connected human brain. That cell is housed in a lab at Italy's University of Padova, from which it signals back and forth with the artificial neurons at University of Zurich via University of Southampton-build nodes called synaptors, named after synapses, the connections between individual brain cells.

For now, it's a simple network. But, it could be an important first step toward smarter and more adaptive prosthetics and brain-computer interfaces — and potentially lay the groundwork for a world where neural implants create real brain networks.

"On one side it sets the basis for a novel scenario that was never encountered during natural evolution, where biological and artificial neurons are linked together and communicate across global networks; laying the foundations for the Internet of Neuro-electronics," Themis Prodromakis, a nanotechnology researcher and director at the University of Southampton's Centre for Electronics Frontiers said in a press release.

"On the other hand, it brings new prospects to neuroprosthetic technologies, paving the way towards research into replacing dysfunctional parts of the brain with AI chips."

READ MORE: New study allows Brain and Artificial Neurons to link up over the web [University of Southampton]