Nothing Is Sacred
Jan 4 / by Tony Ho Tran 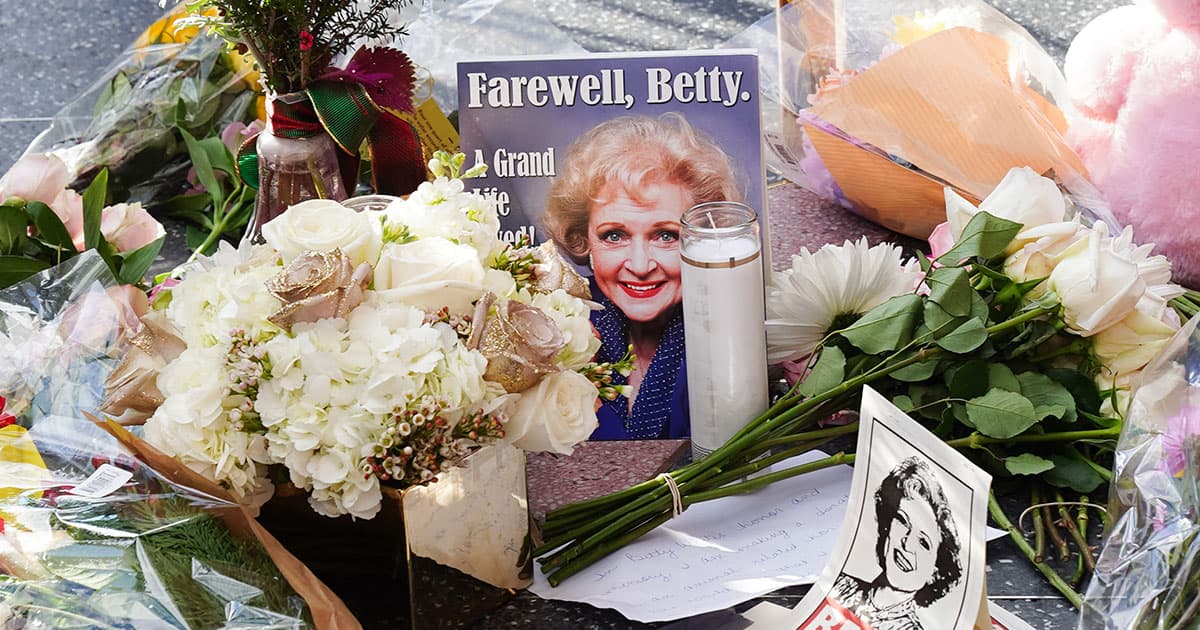 Beloved entertainer and national treasure Betty White died last Friday at the age of 99 of natural causes — but that didn’t stop a bunch of anti-vax morons from co-opting her death to push their idiot agenda.

Never ones to let a good tragedy go to waste, conspiracy theorists began to baselessly spread rumors that "The Golden Girls" actress received her COVID-19 booster on December 28, just three days before she died, Gizmodo reports.

"Betty White got her booster on December 28," one anti-vaxxer claimed on Twitter. "That stopped her from enjoying her 100 year old birthday. Sad. The only thing boosters do is kill people."

Anti-vaxxers also shared images on Facebook of a photoshopped article to bolster their claims. The screenshot included a fake quotation from White that said, "Eat healthy and get all your vaccines. I just got boosted today," on December 28.

A Twitter post seen by the Associated Press also shared the fake quote along with the message, "Died three days later! Coincidence."

The only problem: that’s all complete BS.

Her friend and agent Jeff Witjas told The New York Daily News on Monday that both the quotation and the booster claim were false. While he said he wasn’t aware of White’s vaccination status, he also said that it had no link to her death.

"I do know for a fact that a booster was not involved at all in Betty’s passing," Witjas told the newspaper. "That seems to be the story out there, and it’s just not true. Betty passed due to natural causes."

Despite the anti-vaxxers’ claims that White died of a booster shot, studies have shown that COVID vaccines provide greatly increased protection against COVID, including the Omicron variant. In fact, it’s more important now than ever to get vaccinated and boosted as cases of the virus surge across the US.

In an added ironic twist, the folks who are spreading these dumb conspiracy theories about White are exactly the ones who need it the most. A recent study found that those who believe COVID myths are the ones who are most likely to catch it.

So get vaccinated and boosted if you haven’t already. At the very least, do it for Betty. You know she would have wanted you to live a life that’s as long, healthy, and happy as hers.