Leave it to the anti-vaxxers to be this careless. 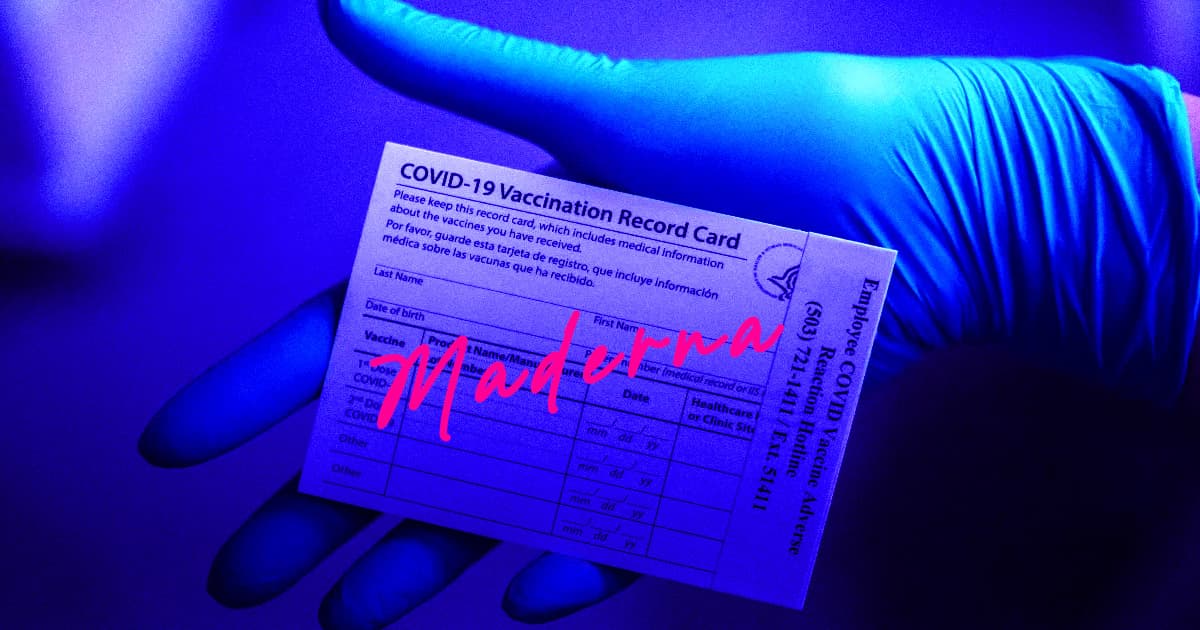 Chloe Mrozak, a 24-year-old woman from Illinois, was busted for faking the vaccination card she used to enter the state of Hawaii in late August.

The reason why is almost as stupid as faking your own vaccination card: she misspelled Moderna as "Maderna," Insider reports.

Mrozak was arrested on Saturday, according to Hawaii News Now, upon returning to the Daniel K. Inouye international Airport for her departure flight.

It's especially egregious given that case counts of COVID-19 are on the rise in Hawaii. Last week, Governor David Ige said that "it’s not a good time to travel to the islands," while also announcing that statewide travel restrictions for out-of-state visitors will stay in place until October 18.

It's a particularly dumbfounding example of people trying to skirt COVID-19 rules, and a shocking reminder that the country is still relying on handwritten pieces of paper to prove vaccination status.

Many other parts of the world, including Europe and parts of Canada, have already implemented digital vaccination passports — but stateside, the issue has become highly politicized with several states actively fighting the move.

Mrozak's card stated that she was vaccinated by members of the National Guard in Delaware. Investigators, however, weren't able to track down any actual documentation corroborating that story.

The woman is now standing accused of falsifying vaccination documents, which is a misdemeanor offense, according to Hawaii News Now. Her bail is set at $2,000.

Unfortunately, Mrozak isn't the only documents forger who has tried to get into Hawaii. A couple from Miami also reportedly attempted the grift earlier this month and were fined $8,000.

According to Insider, falsifying the card could also land you up to a year in prison.

So let that be a lesson to anyone trying to fake their own vaccination card. If you're willing to be careless enough not to get vaccinated, at least get the spelling right.

READ MORE: A woman has been accused of using a fake vaccination card that misspelled Moderna as 'Maderna' to visit Hawaii, a report says [Insider]