The science doesn't back up claims that the devices prevent brain trauma. 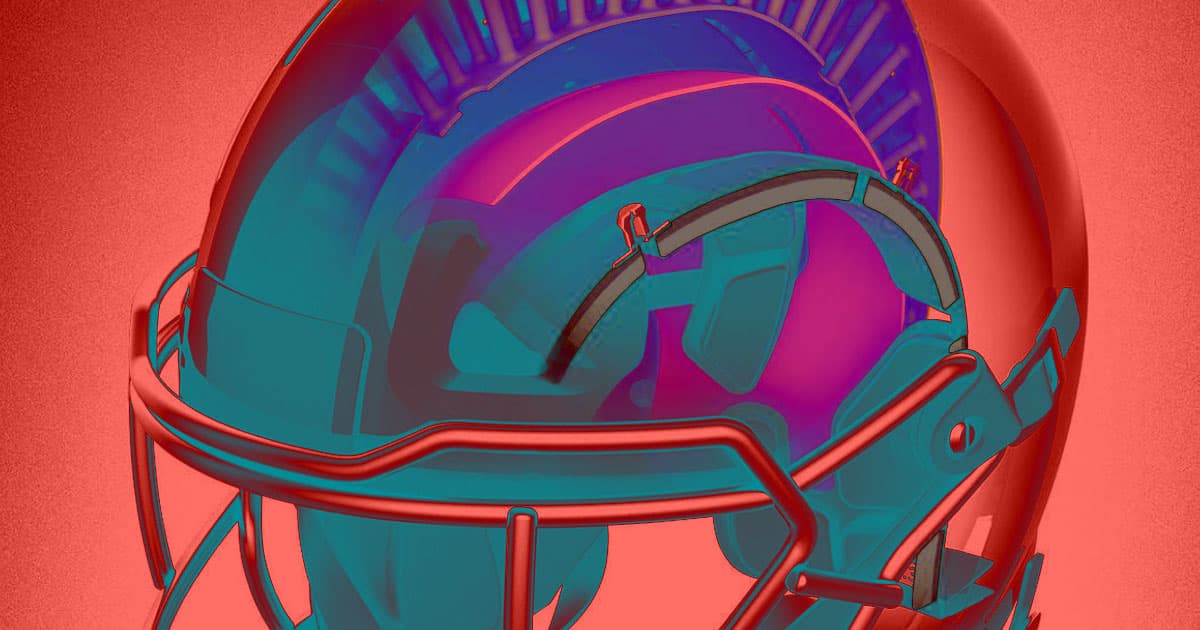 Players in the National Football League (NFL) sustain hundreds of concussions every year. One hard hit can send a player's brain bouncing off the interior of his skull, potentially leading to a temporary loss of consciousness or even weeks of pain and confusion.

Perhaps most alarming, players who sustain frequent head collisions — even ones that don't lead to concussions — can find themselves suffering later in life from chronic traumatic encephalopathy, a neurodegenerative disease linked to aggression, depression, cognitive decline, memory loss, and even suicide.

As more data on the effects of repeated head trauma have emerged, the NFL and other football organizations have enacted new policies designed to minimize or prevent the damage altogether, such as 2018's ban on head-first tackles.

Meanwhile, various third parties have set about creating devices they say will prevent concussions — but the science simply doesn't back up their claims, according to a detailed new Wired feature.

In 2014, the Federal Trade Commission revealed that it had sent letters to dozens of companies touting products designed to prevent concussions — from dietary supplements to a neck collar that reportedly increases the brain's blood volume to protect against injury — warning the companies that their claims of concussion protection could be deceptive.

Then, in July 2019, researchers published an analysis of various products designed to prevent concussions, including several cited by the FTC, in the journal The Lancet: Neurology — and, as pointed out in the Wired story, their analysis is that the situation hasn't gotten any better in recent years.

"Many of these products are based on questionable research beset by conflicts of interest and implausible physiological mechanisms," the researchers wrote in their study, later adding that "pseudoscientific interventions targeted at athletes distract from the actual dangers of certain sports, divert interest and resources away from more feasible interventions, and harm public health."

So, what can be done to prevent football players from sustaining concussions and lesser brain injuries?

So far, the only solution seems to be limiting as much of the trauma-causing contact as possible. The best way to do that appears to be through policies like the ban on head-first hits — but those changes to the game have been met by significant backlash from both football fans and even the players the policies are designed to protect.

"The rule is idiotic [and] should be dismissed immediately," outspoken 49ers cornerback Richard Sherman tweeted following the announcement of the ban, adding that the NFL "will be flag football soon."

11.30.22 Developments
Student Journalists Expose Claims of Scientific Misconduct Against Stanford's President
11.30.22 Developments
Raw Liver Eating Bodybuilder Accused of Injecting Himself With $11,000 Worth of Steroids Every Month
11.29.22
Former CEO Sues Company That Fired Him for Microdosing LSD in an Investor Meeting
11.28.22 Developments
Scientists Gene Hack Random Plant to Grow Cocaine
11.23.22 Developments
Twins Born From Donated Embryos That Were Frozen in 1992

11.22.22 Neuroscience/Brain Science
Paralyzed People Successfully Test Brain-Controlled Electric Wheelchairs
"If we train people sufficiently long, they can achieve a certain level of control of a sophisticated device like these brain-controlled wheelchairs."
By Frank Landymore / Read More >>
11.22.22 Neuroscience/Brain Science
Chris Hemsworth Reveals Grim Genetic Test Results, Will Take Break From Acting
"The reality of it sinks in. Your own mortality."
By Frank Landymore / Read More >>
11.20.22 Treatments
New Vaccine Blocks Fentanyl in Brains of Rats
Researchers are calling the "breakthrough discovery" a "game changer."
By Victor Tangermann / Read More >>
Keep up.
Subscribe to our daily newsletter to keep in touch with the subjects shaping our future.
+Social+Newsletter
TopicsAbout UsContact Us
Copyright ©, Camden Media Inc All Rights Reserved. See our User Agreement, Privacy Policy and Data Use Policy. The material on this site may not be reproduced, distributed, transmitted, cached or otherwise used, except with prior written permission of Futurism. Articles may contain affiliate links which enable us to share in the revenue of any purchases made.
Fonts by Typekit and Monotype.