Startup Criticized for Bitcoin Mine in Impoverished Navajo Community

Some believe it's yet another example of "crypto colonialism." 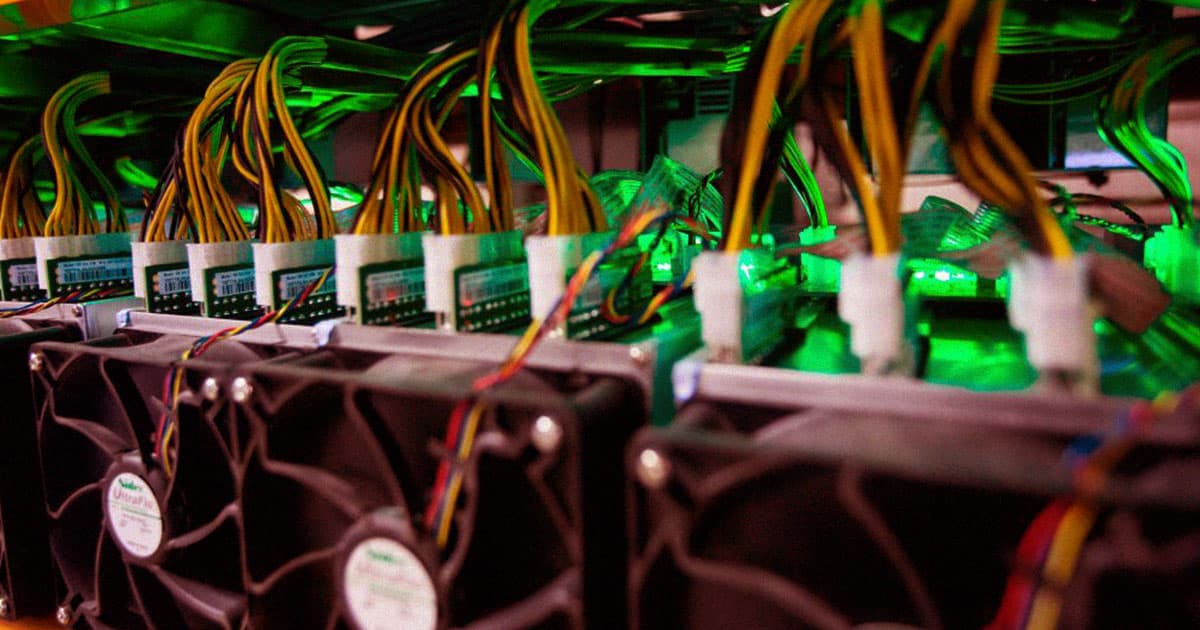 A Canadian crypto startup is being criticized for opening a bitcoin mine in the impoverished Navajo Nation.

The mine is situated on land owned by the Navajo people outside of Shiprock, New Mexico, according to Vice. The operation itself is owned and run by a Alberta-based crypto firm called WestBlock Capital, and mines between 23 and 25 bitcoins per month — the equivalent of between $1.4 and $1.6 million.

Despite all that revenue, the community surrounding the mine often live in impoverished conditions, with many going without electricity or running water in their houses, Grist reports. Critics say the company is participating in "crypto colonialism" by exploitating land, resources, and people for the purpose of mining crypto.

"I think Bitcoin companies prey on communities like my own," Tyler Puenté, a member of the Navajo Nation, told Vice. "My perspective is that we’re being used."

At the heart of the issue is the fact that WestBlock is able to take advantage of the cheap electricity in the area while residents go without it. However, the CEO of the company insists that everything his company is doing is above board and that it’s actually helping the community, because it’s using power that would otherwise have gone unused.

"For us, picking up the offload, we solved a problem for them," Ken MacLean, CEO of WestBlock, told Vice. He told the publication that the mine pays just six percent tax on its power and services, while only employing six to ten full-time workers at a time.

"It’s not massive amounts of numbers, but it’s something," MacLean added. "That’s the nature of the business we’re in."

So far, the Navajo Nation has received roughly $48,000 in tax revenue over the three years WestBlock has used its electricity, according to Vice, and land lease revenue of approximately $60,000.

Some in the community say that's not enough to justify the operation, nevermind the environmental costs on the area, since the mine is partially powered by non-renewable sources.

"Even in this Bitcoin project, what happens is these projects are energy-intensive," Carol Davis, a community leader and director of a Navajo environmental activism organization Diné Citizens Against Ruining our Environment, said to Vice.

She added that outsiders "have reaped the benefits for half a century. In all the developments that are happening, our water has been depleted, and our water has been contaminated, and we don’t even have access to our own resources. That’s all we’re trying to fight for."

Read This Next
Sword Art Online
Guy Who Invented the Word "Metaverse" Building His Own Metaverse
Rube Goldbergian
The Dune NFT Project Is Back With an Inscrutable New Scheme
Regulating Crypto
Hillary Clinton Calls Out Crypto Exchanges for Letting Russia Bypass Sanctions
Crypto Fail
The CEO of Coinbase Gets Brutally Owned, May Never Recover
Sad!
Melania Trump Accused of Secretly Buying Her Own NFT to Avoid Disgrace
More on Future Society
Unorthodox Urinal
Friday on the byte
Scientists Say They've Figured Out the Ideal Urinal for Not Splashing Back
Abso-Effing-Lutely
Friday on futurism
Free Speech Absolutist Elon Musk Discovers That Some Speech Is Unacceptable After All
Might See Nonsense
Friday on futurism
MSN Fired Its Human Journalists and Replaced Them With AI That Started Publishing Fake News About Mermaids and Bigfoot
READ MORE STORIES ABOUT / Future Society
Keep up.
Subscribe to our daily newsletter to keep in touch with the subjects shaping our future.
+Social+Newsletter
TopicsAbout UsContact Us
Copyright ©, Camden Media Inc All Rights Reserved. See our User Agreement, Privacy Policy and Data Use Policy. The material on this site may not be reproduced, distributed, transmitted, cached or otherwise used, except with prior written permission of Futurism. Articles may contain affiliate links which enable us to share in the revenue of any purchases made.
Fonts by Typekit and Monotype.