NASA's Twin Voyager Probes Are the Most Important Spacecraft Ever Launched

“Fifty years from now, Voyager will be the science project of the 20th century.” 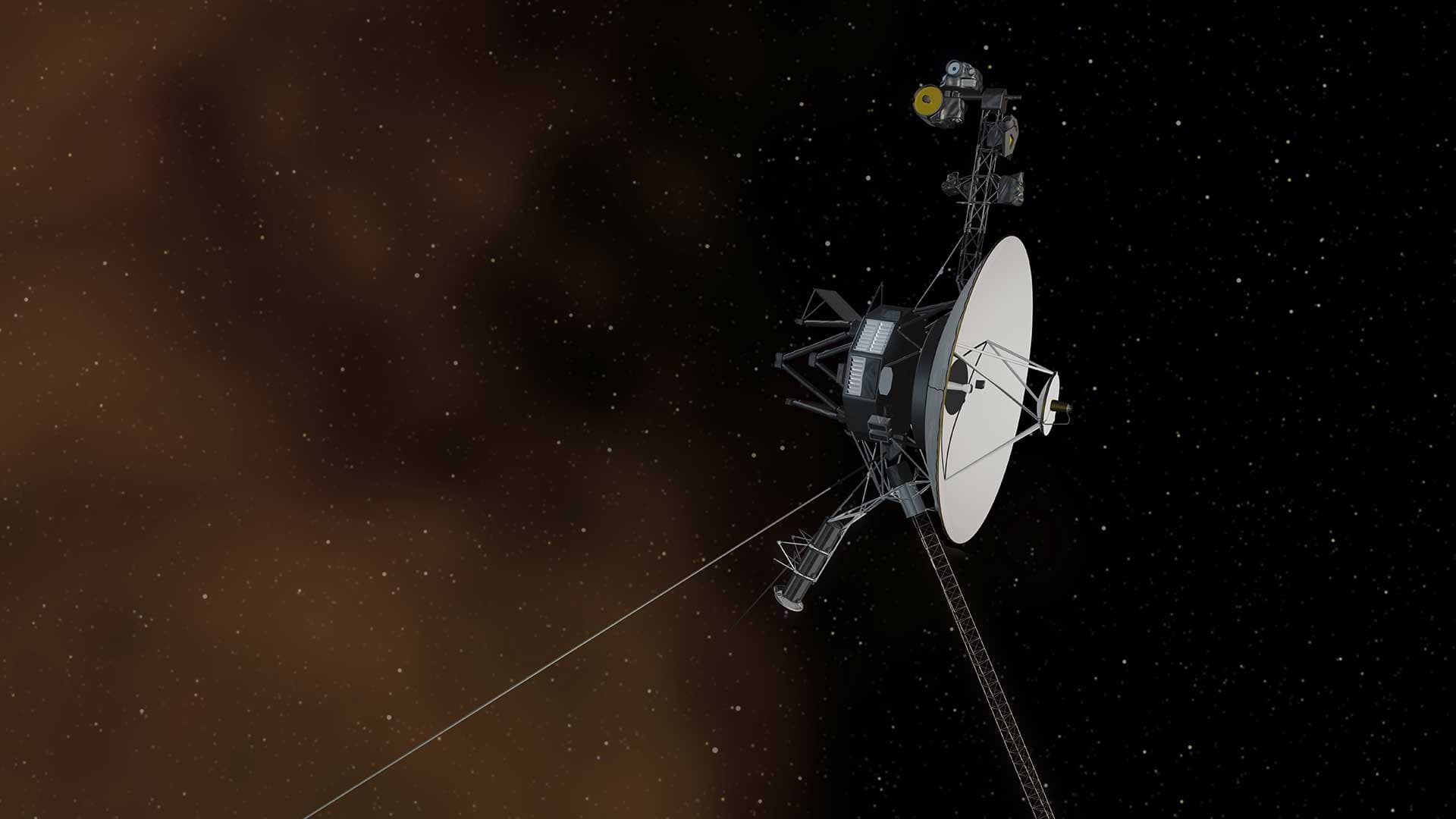 About 1 billion years from now, the sun will begin to die, blow off its outer atmosphere, and engulf our tiny planet in hot plasma.

Luckily, the galaxy will have NASA's twin Voyager spacecraft to remember us by.

The two nuclear-powered probes launched 40 years ago and became the first and only robots to take close-up photographs of Uranus and Neptune, the planets' moons and rings, and other objects in the outer solar system.

The Voyagers also carried with them a golden record of sounds, images, and other information about life on Earth — a basic human catalog that aliens might one day discover and decode.

The mission is now detailed in a remarkable PBS documentary called "The Farthest", which premiered on August 23 and will re-air on September 13 at 10 p.m. ET.

"Fifty years from now, Voyager will be the science project of the 20th century," Brad Smith, a Voyager imaging scientist, said in the movie.

Here's why many scientists and engineers not only hail Voyager as the farthest, fastest, and longest-lived space mission, but also one of humanity's greatest endeavors.

NASA began working on the Voyager mission in 1972 with a budget of $865 million, or roughly $5 billion in 2017-adjusted dollars.

The goal was to tour the outer solar system using a planetary alignment that happens just once every 176 years. The gravity of the planets would speed up the spacecraft, allowing at least one probe to visit Uranus and Neptune for the first time.

NASA worried that Jupiter's radiation fields might short-circuit the Voyagers. So engineers shielded and grounded cables of the probes with kitchen-grade aluminum foil. (It worked.)

Voyager 2 launched into space on August 20, 1977. To the confusion of many people, Voyager 1 launched several weeks later, on September 5, 1977.

But as scientists featured in "The Farthest" explain, they were thinking long-term: Voyager 1 would move faster and eventually overtake Voyager 2.

"That was a cliffhanger," Fred Locatell, an engineer on the Voyager mission, said in the film. "That could have been the end of the mission."

Meanwhile, Voyager 1's liquid-fueled rocket sprung a leak during launch. The rocket corrected for this by burning extra fuel — leaving just 3.5 seconds' worth of thrust.

Had the rocket leaked any more fuel than it did, Voyager 1 could have failed.

"Instead of getting to Jupiter, you know, we would have gotten almost to Jupiter — then it would have come back toward the sun. Which would not have been good," John Casani, the mission's project manager, said in the film.

Both Voyagers explored Jupiter, catching a speed boost along the way. Before the probes, no one had ever seen such detailed images of Jupiter...

...Or those of the gas giant's many moons, including Europa. This ice world hides a subsurface ocean that's estimated to contain more water than exists on all of Earth.

...And its moons, such as Titan. Many scientists think of this world as a "proto-Earth" due to its similar size, hazy atmosphere, and abundance of carbon.

Voyager 2 was the first and so far only robot to fly by and photograph Uranus. It discovered the planet is inexplicably tipped on its side...

Voyager 2 is still the only probe ever to fly by the outermost planet, Neptune...

...And photograph its large and icy moon Triton, which was caught spewing geysers of nitrogen from its surface.

Although both probes finished their main missions decades ago, they've moved beyond the arguable edge of the solar system — and into a region between stars.

The spacecraft still regularly contact Earth from more than 10.6 trillion miles away, reporting what data they can with the instruments that still work and are turned on.

They Voyagers still work more than 40 years after launch because they're powered by plutonium-238 — a radioactive byproduct of Cold War nuclear weapons production.

Special materials surround the plutonium to convert its escaping heat into electricity. Each Voyager has three nuclear power supplies, and together they generated 420 watts at launch — about half the power of a microwave oven.

Because half of any amount of plutonium-238 decays in 87.7 years, these radioisotope power sources now generate about three-quarters of that wattage.

Even after these nuclear batteries die, however, the probes will continue carrying golden records loaded up with the sights and sounds of Earth.

The cover to each record includes careful instructions on how to use a stylus to read the data. These directions aren't in English, though, but rather in mathematical terms an intelligent alien might understand.

"This, in the long run, may be the only evidence that we ever existed," Frank Drake, who worked on the golden record project (and also came up with the Drake Equation), said in the film.

President Jimmy Carter left what is perhaps the most prescient message to anyone (or anything) who discovers the probes: "This is a present from a small distant world, a token of our sounds, our science, our images, our music, our thoughts and our feelings. We are attempting to survive our time so we may live into yours."

Source for all images: "The Farthest"/PBS and Business Insider

Read This Next
Futurism
Voyager 1 Just Fired Its Thrusters for the First Time in 37 Years
Futurism
NASA's Voyager Spacecrafts Are Still Going Strong 40 Years Later
Futurism
NASA Voyager Probes Still Going Strong After 40 Years
Futurism
Light Could Be The Answer To All Our Space Travel Problems
Futurism
METI to Send Interstellar Messages in 2018
More on Off World
Exoplanet Dance
Yesterday on the byte
Scientist Releases Amazing Video of Exoplanets Orbiting Distant Star
Space Junk News
Yesterday on the byte
Two Large Chunks of Space Debris Just Almost Collided in an Epic Disaster
Mars Drop
Yesterday on the byte
NASA's Mars Rover Perseverance Just Dropped Off Its Last Sample
READ MORE STORIES ABOUT / Off World
Keep up.
Subscribe to our daily newsletter to keep in touch with the subjects shaping our future.
+Social+Newsletter
TopicsAbout UsContact Us
Copyright ©, Camden Media Inc All Rights Reserved. See our User Agreement, Privacy Policy and Data Use Policy. The material on this site may not be reproduced, distributed, transmitted, cached or otherwise used, except with prior written permission of Futurism. Articles may contain affiliate links which enable us to share in the revenue of any purchases made.
Fonts by Typekit and Monotype.