The Pleiades still has a long career ahead of it.

One of the most powerful computers in the world, NASA’s Pleiades, just got a massive upgrade. “Another 14 racks containing Intel Broadwell processors were incorporated into Pleiades on July 1, bringing the total number of Broadwell racks to 28 and increasing the theoretical peak performance of Pleiades from 6.28 to 7.25 petaflops,” they reported on their website.

Astrophysicists at the University of California, Berkeley, and Lawrence Livermore Laboratory (LLNL) need all the computing power they can get in order to run simulations that will lead to a more profound understanding of the origin of stars, and star clusters, in our galaxy and beyond.

For one of the projects, the NASA Advanced Supercomputing (NAS) facility at Ames Research Center combines data from the Hubble Space Telescope as well as other observatories with the capabilities of Pleiades, which runs on state-of-the-art 3D code ORION2.

“Our simulations, run on Pleiades and brought to life by the visualization team at the NAS facility at Ames, were critical to obtain important new results that match with Hubble’s high-resolution images and other observations made by a variety of space and Earth-based telescopes,” says Richard Klein, adjunct professor at UC Berkeley and astrophysicist at LLNL.

Watch this simulation of the evolution of a giant molecular cloud over 700,000 years, made possible by the Pleiades.

“Without NASA’s vast computational resources, it would not have been possible for us to produce these immense and complex simulations that include all the output variables we need to get these new results and them compare with observations,” Klein explained.

And the latest upgrades with likely lead to even more breakthroughs. 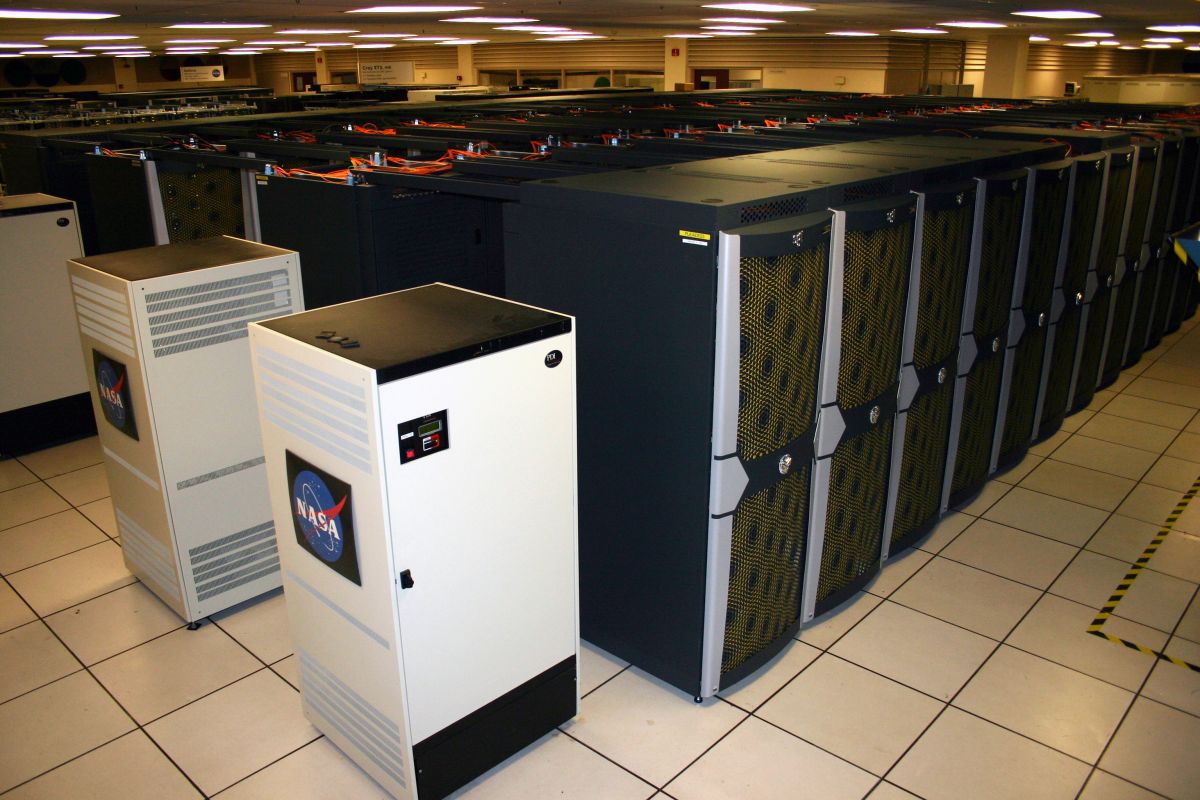 According to NASA, ORION2 has been consistent thus far. “The ORION2 simulations incorporate a complex mix of gravity, supersonic turbulence, hydrodynamics (motion of molecular gas), radiation, magnetic fields, and highly energetic gas outflows. The science team conducted many independent tests of each piece of physics in ORION against known data to demonstrate the code’s accuracy.”

Pleiades has been upgraded in order to run higher resolution simulations of star formations, which could also help shed light on planetary formation.

“Higher resolution in the simulations will enable us to study the details of the formation of stellar disks formed around protostars. These disks allow mass to transfer onto the protostars as they evolve, and are thought to be the structures within which planets eventually form,” said Klein.

And based on their statement, the aforementioned upgrades definitely won’t be the last for Pleiades: “Achieving this goal will require at least double the amount of processor time on Pleiades and several hundred terabytes of storage over the next couple of years,” NASA states.

Editor’s Note: This article has been updated to make is clear that the upgrade was not done to advance any one project in particular.