The goal is to explore the "hadal zone," many miles beneath the surface. 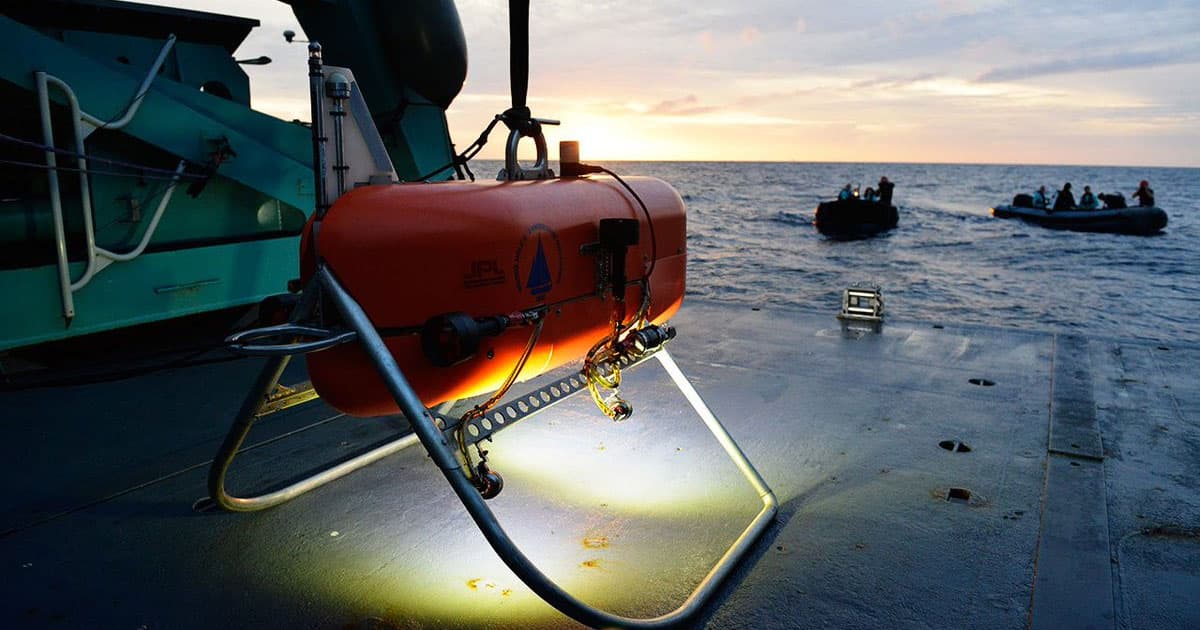 Thousands of feet below the surface of Earth's ocean lies a vast habitat of strange-looking fish, giant jellies, and microscopic animals.

To this day, the "hadal zone" — 3.7-6.8 miles (6,000-11,000 meters) below the surface — remains largely unexplored. But thanks to NASA and the Woods Hole Oceanographic Institution (WHOI), the world's leading non-profit dedicated to exploring our oceans, that might soon change.

A brand new submarine called the Orpheus is ready to explore that underwater wilderness with a whole array of scientific instruments — and one day, vehicles like it could explore oceans elsewhere in the solar system, too.

Orpheus — named after the Greek hero who survived a trip to the underworld — is a 600 pound drone meant to explore the hadal zone essentially all by itself.

As Business Insider points out, communications from miles beneath the ocean can take longer to reach the surface than broadcasts from the Moon.

It's also meant to be small, and light so that if all goes right, a very distant relative of that same design could explore the icy oceans of Jupiter's smallest moon, Europa.

But diving to those kind of extreme depths is difficult, to say the least. A previous submarine called Nereus built by WHOI engineers was lost at a depth of six miles in 2014. Luckily, the Jet Propulsion Lab at NASA are offering up some help for the Orpheus project.

So far, Orpheus has dived to just shy of 600 feet on an untethered mission in September — a long shot from the hadal zone.

But it's a tiny first step before mankind could make the first discovery of alien life on Jupiter's ancient moons — so far one of the likeliest places for life to exist in our Solar System.

READ MORE:  NASA is testing a new submarine that will hunt for undiscovered sea life — and scientists eventually want it to look for aliens on Europa [Business Insider]

More on Europa: NASA's Nuclear-Powered Tunneling Bot Could Hunt for Life on Europa