Here's the Closest Picture We've Ever Taken of the Sun

NASA's Parker Solar Probe had to fly pretty damn fast to snap this one. 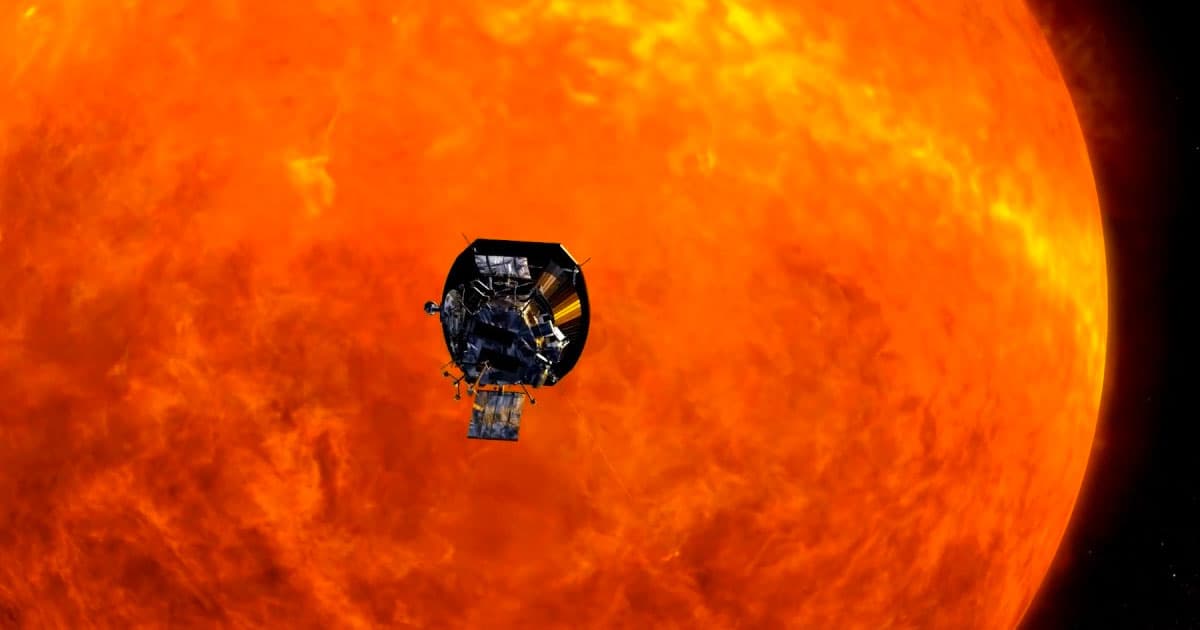 Its approach brought it within 15 million miles — far closer than the planet Mercury — from the Sun's surface, traveling at 213,200 miles per hour, which is the fastest any man-made spacecraft has ever traveled.

And today, we get to see a glimpse of what the Sun's surface and outer atmosphere looks like at that distance.jup

Here's the picture in its full glory:

Luckily, NASA has some clarifying words about what we're looking at. The image shows a so-called coronal streamer crossing the "east limb of the Sun."  Oh, and that big white spot in the middle? That's Mercury, in the background.

The corona is the Sun's outer atmosphere, which is visible to the untrained eye during a total solar eclipse. Coronal streamers occur when more than the usual quantity of solar particles are released from the Sun's solar winds.

The Parker Solar Probe had to travel very quickly to get such a clear view. The Sun rotates once every 27 days, meaning that any spacecraft near it has to keep up, especially given the Sun's massive size.

NASA's Parker Solar Probe is trying to answer some pretty big questions about our star: why is the corona so hot compared to the surface below it? How does solar wind accelerate so quickly? How do the Sun's most energetic particles shoot away from the Sun at more than half the speed of light?

Thanks to the Parker Solar Probe, we will soon know a lot more about the underlying physics of that big blob of hot plasma at the center of our solar system.

Editor's note: an earlier version of this article misstated which planet was brightly visible in the image. It has been updated.

READ MORE: NASA's Parker Solar Probe got closer to the sun than ever before [Engadget]