NASA Is Sending a Spacecraft To "Touch" the Sun

The spacecraft will travel faster than any object made by humans and face the most extreme conditions we've ever encountered. 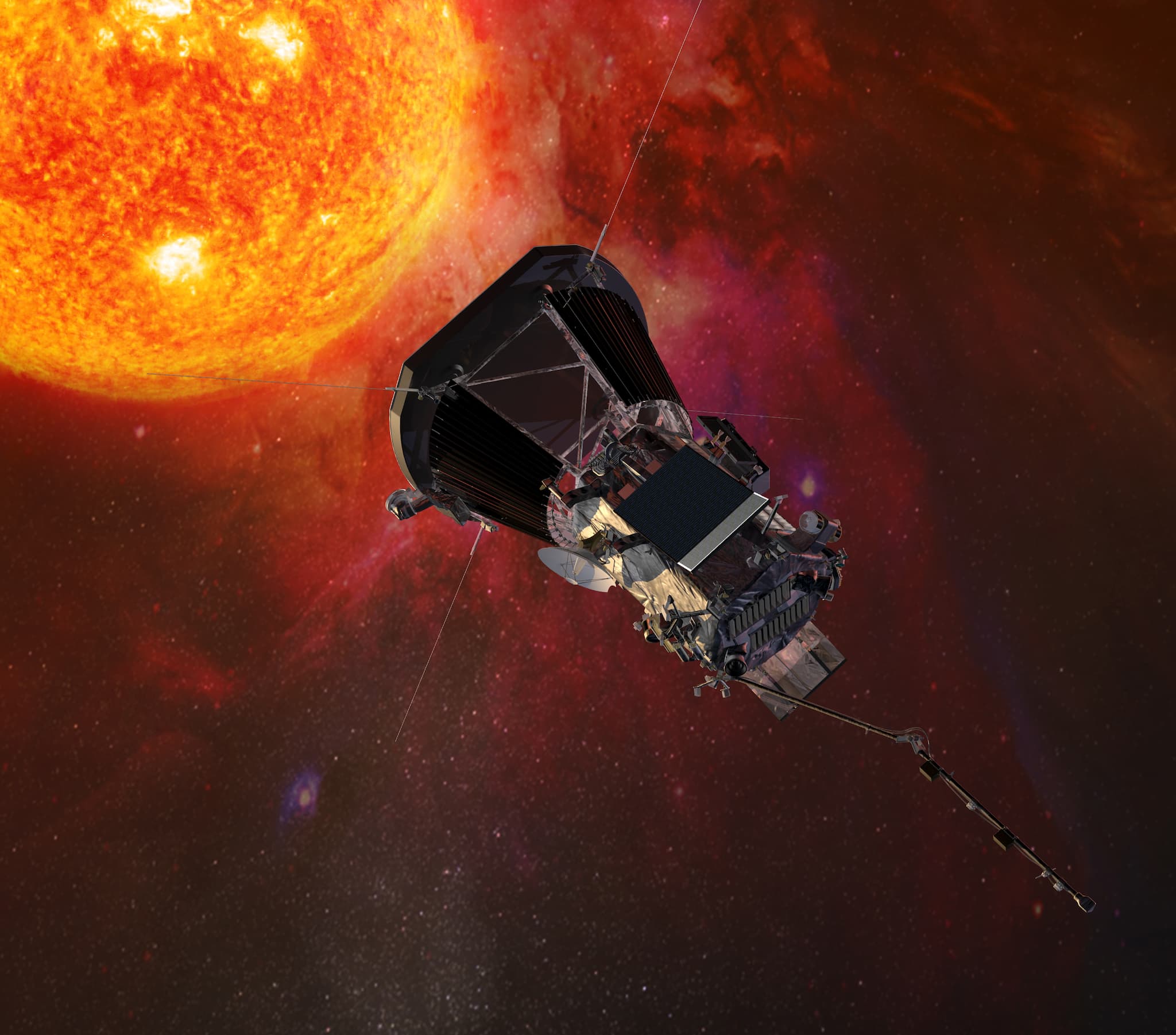 Coronal Mass Ejections (aka. solar flares) are a seriously hazardous thing. Whenever the Sun emits a burst of these charged particles, it can play havoc with electrical systems, aircraft and satellites here on Earth. Worse yet is the harm it can inflict on astronauts stationed aboard the ISS, who do not have the protection of Earth’s atmosphere. As such, it is obvious why scientists want to be able to predict these events better.

For this reason, the Smithsonian Astrophysical Observatory and the Charles Stark Draper Laboratory – a Cambridge, Massachusetts-based non-profit engineering organization – are working to develop specialized sensors for NASA’s proposed solar spacecraft. Launching in 2018, this spacecraft will fly into the Sun atmosphere and “touch” the face of the Sun to learn more about its behavior.

This spacecraft – known as the Solar Probe Plus (SPP) – is currently being designed and built by the Johns Hopkins University Applied Physics Laboratory. Once it is launched, the SPP will use seven Venus flybys over nearly seven years to gradually shrink its orbit around the Sun. During this time, it will conduct 24 flybys of the Sun and pass into the Sun’s upper atmosphere (corona), passing within 6.4 million km (4 million mi) of its surface.

At this distance, it will have traveled 37.6 million km (23.36 million mi) closer to the Sun than any spacecraft in history. At the same time, it will set a new record for the fastest moving object ever built by human beings – traveling at speeds of up to 200 km/sec (124.27 mi/s). And last but not least, it will be exposed to heat and radiation that no spacecraft has ever faced, which will include temperatures in excess of 1371 °C (2500 °F).

As Seamus Tuohy, the Director of the Space Systems Program Office at Draper, said in a CfA press release:

“Such a mission would require a spacecraft and instrumentation capable of withstanding extremes of radiation, high velocity travel and the harsh solar condition—and that is the kind of program deeply familiar to Draper and the Smithsonian Astrophysical Observatory.”

In addition to being an historic first, this probe will provide new data on solar activity and help scientists develop ways of forecasting major space-weather events – which impact life on Earth. This is especially important in an age when people are increasingly reliant on technology that can be negatively impacted by solar flares – ranging from aircraft and satellites to appliances and electrical devices.

According to a recent study by the National Academy of Sciences, it is estimated that a huge solar event today could cause two trillion dollars in damage in the US alone – and places like the eastern seaboard would be without power for up to a year. Without electricity to provide heating, utilities, light, and air-conditioning, the death toll from such an event would be significant.

As such, developing advanced warning systems that could reliably predict when a coronal mass ejection is coming is not just a matter of preventing damage, but saving lives. As Justin C. Kasper, the principal investigator at the Smithsonian Astrophysical Observatory and a professor in space science at the University of Michigan, said:

“[I]n addition to answering fundamental science questions, the intent is to better understand the risks space weather poses to the modern communication, aviation and energy systems we all rely on. Many of the systems we in the modern world rely on—our telecommunications, GPS, satellites and power grids—could be disrupted for an extended period of time if a large solar storm were to happen today. Solar Probe Plus will help us predict and manage the impact of space weather on society.”

To this end, the SPP has three major scientific objectives. First, it will seek to trace the flow of energy that heats and accelerates the solar corona and solar wind. Second, its investigators will attempt to determine the structure and dynamics of plasma and magnetic fields as the source of solar wind. And last, it will explore the mechanisms that accelerate and transport energetic particles – specifically electrons, protons, and helium ions.

To do this, the SPP will be equipped with an advanced suite of instruments. One of the most important of these is the one built by the Smithsonian Astrophysical Observatory with technical support from Draper. Known as the Faraday Cup – and named after famous electromagnetic scientists Michael Faraday – this device will be operated by SAO and the University of Michigan in Ann Arbor.

Designed to withstand interference from electromagnetic radiation, the Farady Cup will measure the velocity and direction of the Sun’s charged particles, and will be only two positioned outside of the SPP’s protective sun shield – another crucial component. Measuring 11.43 cm (4.5 inches) thick, this carbon composition shield will ensure that the probe can withstand the extreme conditions as it conducts its many flybys through the Sun’s corona.

Naturally, the mission presents several challenges, not the least of which will be capturing data while operating within an extreme environment, and while traveling at extreme speeds. But the payoff is sure to be worth it. For years, astronomers have studied the Sun, but never from inside the Sun’s atmosphere.

By flying through the birthplace of the highest-energy solar particles, the SPP is set to advance our understanding of the Sun and the origin and evolution of the solar wind. This knowledge could not only help us avoid a natural catastrophe here on Earth, but help advance our long-term goal of exploring (and even colonizing) the Solar System.