"She was a scientist, humanitarian, wife, mother, and trailblazer who paved the way for thousands of others to succeed, not only at NASA, but throughout this nation." 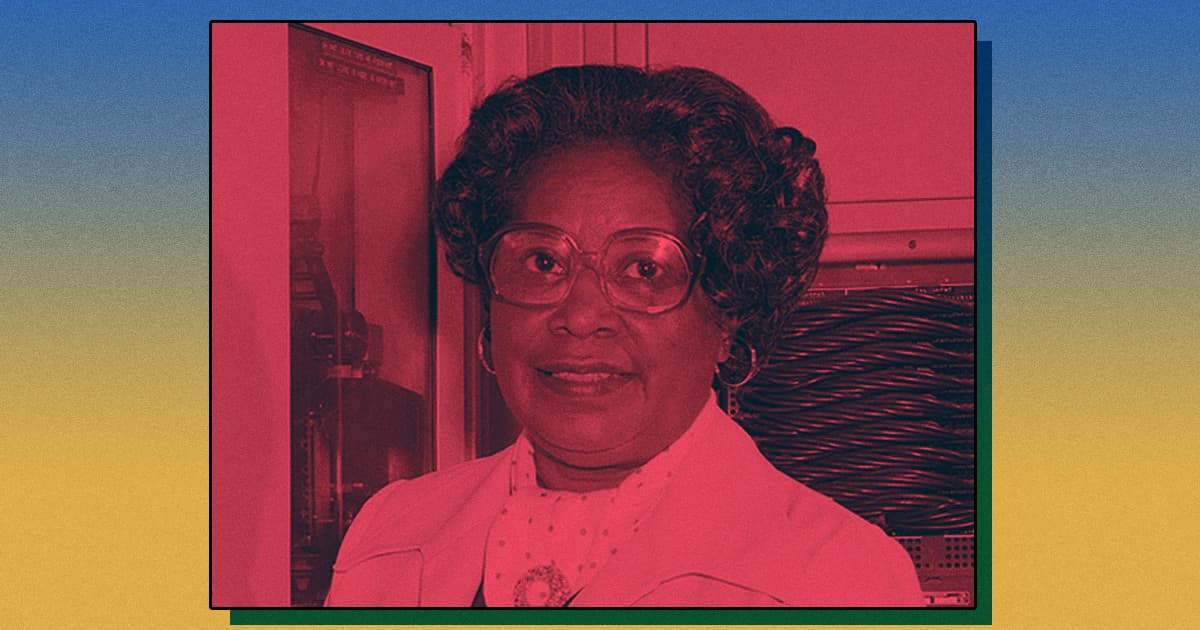 NASA announced today that it's renaming its Washington, DC headquarters after Mary W. Jackson, the first Black engineer in the space program.

"Today, we proudly announce the Mary W. Jackson NASA Headquarters building," said NASA administrator Jim Bridenstine in a statement. "It appropriately sits on 'Hidden Figures Way,' a reminder that Mary is one of many incredible and talented professionals in NASA’s history who contributed to this agency’s success.

"Hidden no more," Bridenstine continued, "we will continue to recognize the contributions of women, African Americans, and people of all backgrounds who have helped construct NASA’s successful history to explore."

Jackson was hired by NASA's predecessor, the National Advisory Committee for Aeronautics, in 1951. According to NASA, at the time Jackson was likely the only Black woman alive working as an aeronautical engineer.

She went on to work on the Apollo program, which successfully launched a series of American astronauts to the Moon during the 1960s and 1970s.

At the same time, NASA has often struggled with racial justice. There wasn't a single Black astronaut in the Apollo Moon missions that Jackson worked on — and, as NASA acknowledged in its press release about the renaming of its headquarters, her career started in a segregated area of Langley Research Center.

Jackson's work — alongside other pioneering Black aerospace scientists including Dorothy Vaughan — gained widespread attention after the publication of the 2016 Margot Lee Shetterly book "Hidden Figures: The American Dream and the Untold Story of the Black Women Mathematicians Who Helped Win the Space Race."

Shetterly's book was later adapted into the acclaimed 2017 film "Hidden Figures," in which Jackson was played by musician and actress Janelle Monáe.

"We are honored that NASA continues to celebrate the legacy of our mother and grandmother Mary W. Jackson," said Carolyn Lewis, Jackson’s daughter, in the NASA statement. "She was a scientist, humanitarian, wife, mother, and trailblazer who paved the way for thousands of others to succeed, not only at NASA, but throughout this nation."

Read This Next
Shoo
Scientists Warn Giant Asteroid Is Actually Swarm, Nearly Impossible to Destroy
A Sip of Opal
NASA Discovers Precious Gemstones on Mars
Moon Wrestling
The Head of NASA Is Scared Chinese Astronauts Will Seize Portions of the Moon
Shot Well
Head of NASA Relieved to Hear Elon Musk Isn't REALLY Running SpaceX
Little Boxes
One Silly Little Detail Is Reportedly Delaying Artemis II by Years
More on Off World
No More Hops, Mor...
9:06 PM on the byte
Suggestion: NASA Should Make Its Mars Helicopter Do Some Gnarly Tricks From "Tony Hawk"
Exoplanet Dance
Yesterday on the byte
Scientist Releases Amazing Video of Exoplanets Orbiting Distant Star
Space Junk News
Yesterday on the byte
Two Large Chunks of Space Debris Just Almost Collided in an Epic Disaster
READ MORE STORIES ABOUT / Off World
Keep up.
Subscribe to our daily newsletter to keep in touch with the subjects shaping our future.
+Social+Newsletter
TopicsAbout UsContact Us
Copyright ©, Camden Media Inc All Rights Reserved. See our User Agreement, Privacy Policy and Data Use Policy. The material on this site may not be reproduced, distributed, transmitted, cached or otherwise used, except with prior written permission of Futurism. Articles may contain affiliate links which enable us to share in the revenue of any purchases made.
Fonts by Typekit and Monotype.