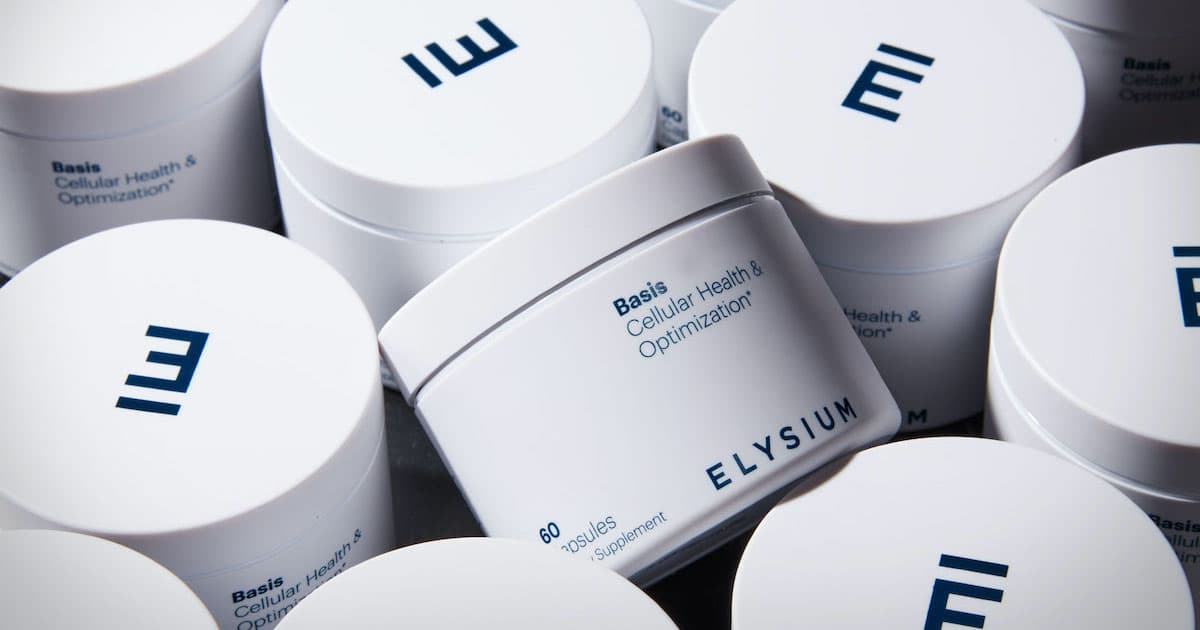 Worried about aging? That’s totally understandable. Nobody wants to get old. However, that doesn’t mean you should try to fight it. A lot of people waste their money on health, wellness, and beauty products that claim to “stop” or “defy” or even “reverse” the “signs” of aging. But in reality all of those things are impossible. And even if they weren’t impossible, aging isn’t just about what you look like on the outside. It’s an incredibly complex biological process that begins at the cellular level. That’s why, instead of trying to defeat the aging process, we should try to understand it so we can age better. The good news is that there are world-renowned scientists who have dedicated their careers to understanding cellular aging. And some of the very best work with the team at Elysium Health, the company behind a revolutionary NAD+ supplement called Basis that is specifically designed to support the healthy cellular aging process.

Unlike other health and wellness companies that hawk poorly researched fad products with few verifiable health benefits, Elysium Health is driven by real science. Founded by Dr. Leonard Guarente, director of the Glenn Center for Biology of Aging Research at MIT, Elysium Health has a scientific advisory board that includes eight Nobel Laureates. Their goal is to collaborate with the world’s leading scientists and physicians to turn scientific discoveries into real world solutions that improve lives in tangible ways.

When it comes to the cellular aging process, scientists have made a number of major discoveries over the last 25 years. The most significant of these discoveries—one that was made thanks to the pioneering research of Elysium founder Dr. Guarente—has to do with the crucial role played by a molecule called nicotinamide adenine dinucleotide, or NAD+.

According to David Sinclair, co-director of the Paul F. Glenn Center for the Biology of Aging at Harvard Medical School, NAD+ is “one of the most important molecules for life to exist, and without it, you’re dead in 30 seconds.” So what exactly is it?

NAD+ is a coenzyme found in all living cells, and it performs two basic jobs in the human body. First, it plays a key role in metabolism by helping to turn nutrients into cellular energy. Second, it functions as a kind of helper molecule for proteins called sirtuins.

Also known as “guardians of the genome,” sirtuins are basically the CEOs of your cells. As such they protect your DNA and thus regulate the cellular aging process. However, sirtuins require NAD+ to work, and our natural levels of NAD+ decline as we get older, which is the primary cause of cellular aging.

But here’s the good news. Scientists have discovered that NAD+ levels can be increased through supplementation of nicotinamide riboside, a highly efficient precursor to NAD+, and pterostilbene, a powerful polyphenol created by plants. And that brings us to Basis.

To address the problem of declining NAD+ levels, Elysium’s team of scientists developed Basis, a patent-pending formulation of crystalline nicotinamide riboside, which the human body converts into NAD+, and pterostilbene.

A Basis NAD+ supplement is designed for long-term use by adults of all ages. Each bottle of Basis contains 60 caplets. Each caplet is vegetarian, vegan, gluten-free, nut-free, and contains no artificial colors or flavors. They contain 250mg of crystalline nicotinamide riboside and 50mg of pterostilbene, which have no known side effects. Elysium recommends taking two capsules in the morning, with or without food. Thus, each bottle of Basis contains a 30-day supply.

There may be no way to stop the cellular aging process. But there is a way to improve it. Elysium Basis can support healthy aging on a cellular level by providing your cells with the crucial supplies of NAD+ they need to maintain healthy DNA, energy, and metabolism. If you’re ready to be proactive and take control of your cellular health, click here to try Basis today.

Read This Next
Gauging De-Aging
Startup Says It's Honing in on a Way to Reverse Aging
Brands We Love
Age Better On A Cellular Level With This Revolutionary NAD+ Supplement
Brands We Love
This Anti-Aging Coffee Creamer Fights Collagen Loss and Sagging Skin
Brands We Love
This NAD+ Supplement Is Scientifically Formulated To Help You Age Better at the Cellular Level
Brands We Love
You Can’t Stop Aging. But Thanks To Advanced Science, You Can Age Better.
More on Sci-Fi Visions
HIV Vaccine
Dec 2 on neoscope
Scientists Hopeful About Promising Results From HIV Vaccine
LIfe Finds a Way
Dec 1 on the byte
Billionaire Private Astronaut Suggests Reviving Dinosaurs
Health Revelation
Nov 22 on neoscope
Chris Hemsworth Reveals Grim Genetic Test Results, Will Take Break From Acting
READ MORE STORIES ABOUT / Sci-Fi Visions
Keep up.
Subscribe to our daily newsletter to keep in touch with the subjects shaping our future.
+Social+Newsletter
TopicsAbout UsContact Us
Copyright ©, Camden Media Inc All Rights Reserved. See our User Agreement, Privacy Policy and Data Use Policy. The material on this site may not be reproduced, distributed, transmitted, cached or otherwise used, except with prior written permission of Futurism. Articles may contain affiliate links which enable us to share in the revenue of any purchases made.
Fonts by Typekit and Monotype.