This Eco-Death Suit Lets Mushrooms Consume You When You Die

It may seem a little macabre, but toxin-eating mushrooms in the "Infinity Burial Suit" may be how we deal with death in the future. 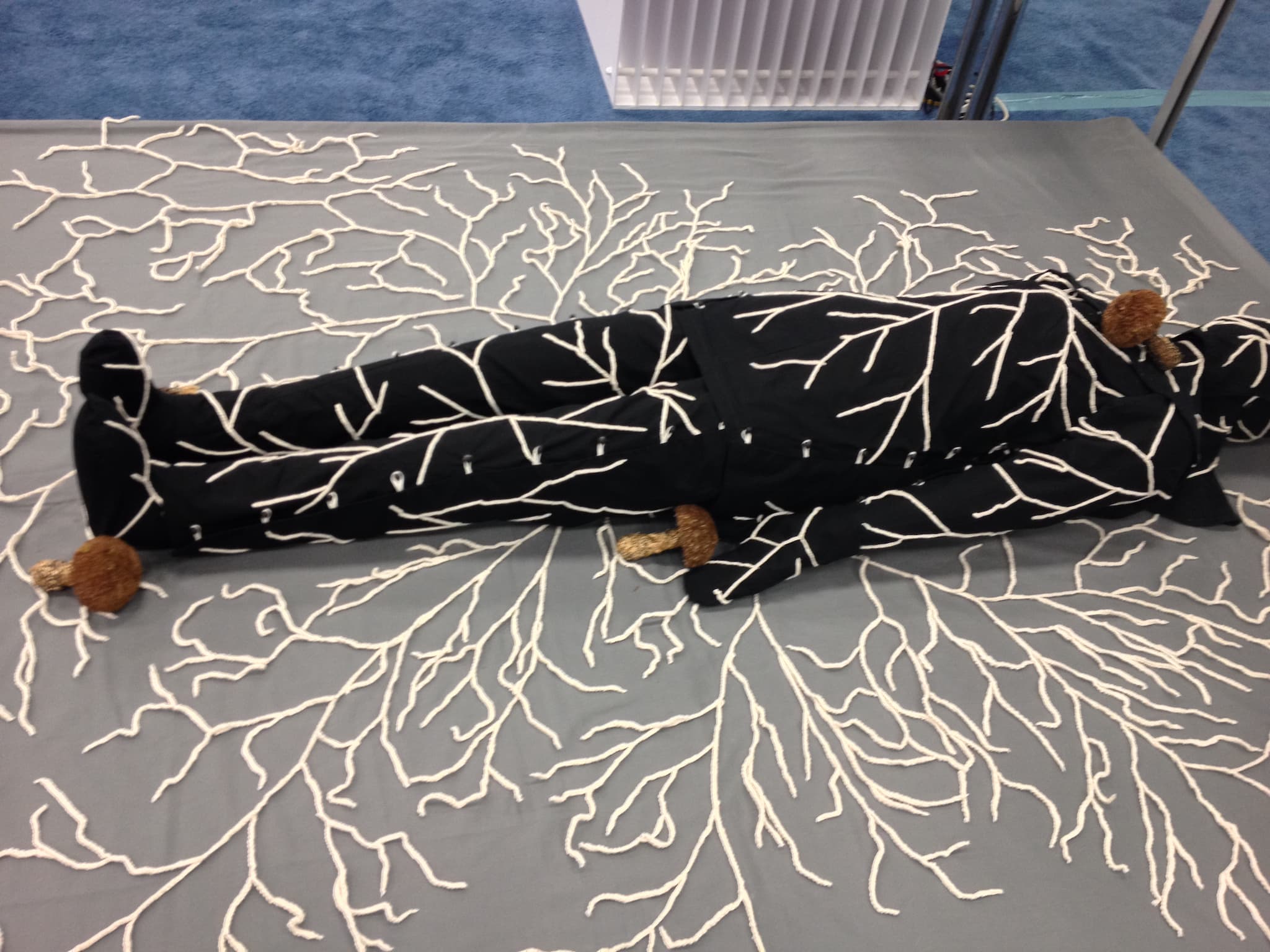 The mere mention of mushrooms is enough to conjure images of countless hours spent trying to find all the hidden one-ups in Super Mario Bros.

The brainchild of bio-artist Jae Rhim Lee, co-founder and CEO of Coeio, the mushroom death suit or the "Infinity Burial Suit" is built upon the idea of mycoremediation, or the use of fungi to speed up decomposition while breaking down toxins in the environment.

"In a traditional American funeral, a dead body is covered with fillers and cosmetics to make it look alive. It's then pumped with toxic formaldehyde to slow decomposition - a practice which causes respiratory problems and cancer in funeral personnel. So by trying to preserve our dead bodies, we deny death, poison the living and further harm the environment," says Lee in her 2011 TED Talk.

This led her to think of an alternative and more sustainable burial solution. And in 2008, she debuted the Infinity Burial Suit in Seamless: Computational Couture at the Museum of Science in Boston.

"I was inspired by the idea that mushrooms are the master decomposers of the Earth and thereby the interface organisms between life and death," says Lee in an article in Co.Exist.

To create the suit, Lee first set out to create a new breed of toxin-cleaning mushrooms. But, after finding out that creating a new hybrid mushroom is close to impossible, she started experimenting with edible mushrooms such as shiitake and oyster mushrooms instead.

Next, she introduced her own hair, skin, and nails to the mushrooms as food, training them to "eat" human flesh. Through this selective breeding process, she was able to pick the best feeders to become Infinity Mushrooms.

The spores of the Infinity Mushroom are then infused into the crocheted netting - which resembles the dendritic growth pattern of mushroom mycelia - covering the Infinity Burial Suit.

She's also developing a decompiculture kit, "a cocktail of capsules that contain Infinity Mushroom spores and other elements that speed decomposition and toxin remediation."

Dennis White, a 63-year old who's suffering from a neurodegenerative disease called Primary Progressive Aphasia will be the first user of Lee's Infinity Burial Suit. In a documentary directed and produced by award-winning filmmaker Grace Lee, she captured White's funeral planning process with the Infinity Burial Suit.

"For every person who uses the Infinity Burial Suit, there will be many more who witness the choice to return to the earth and to use one’s body in a beneficial way," she says. "Cumulatively, this will help create a cultural shift toward a cultural acceptance of death and our personal responsibility for environmental sustainability."