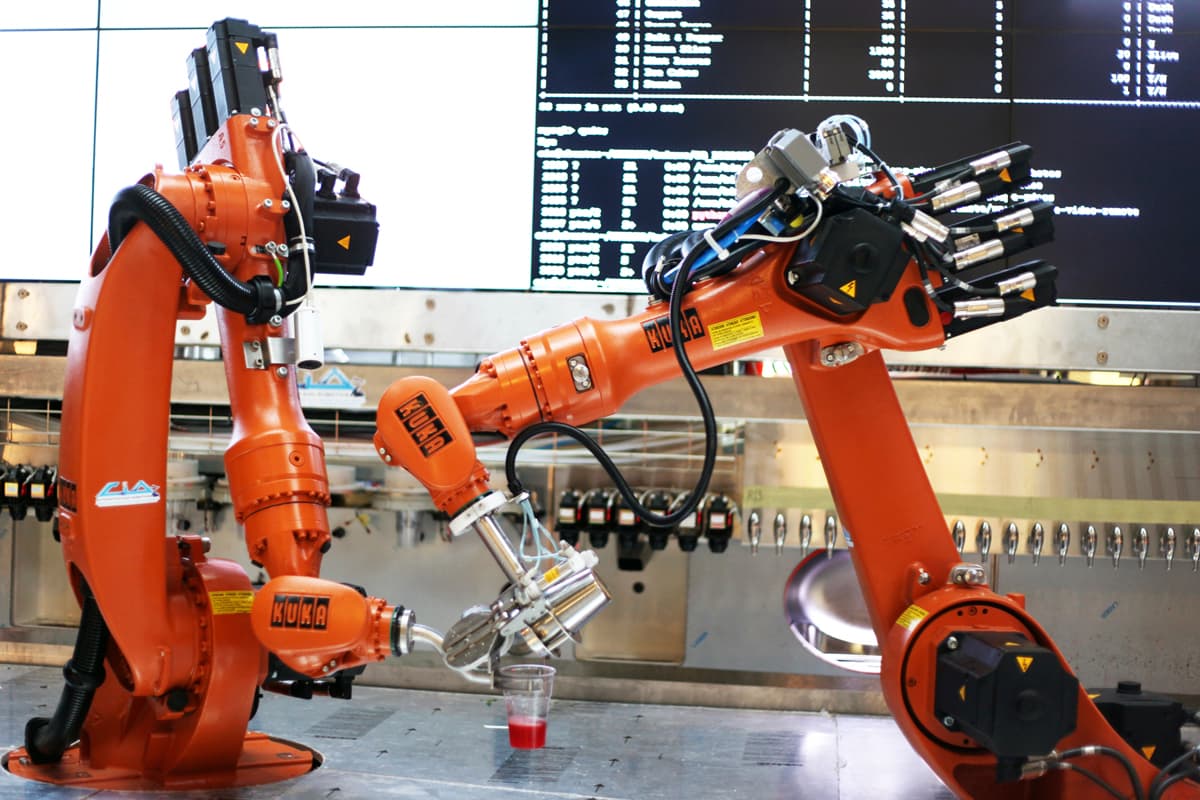 Robots have amazing efficiency compared to human beings. Using algorithms that optimize work processes, robots are engineered to perform their assigned tasks to completion as efficiently as possible. However, how would these same robots perform if they were placed in an environment that is not exactly like their programmed knowledge?

When robots have to think for themselves, their efficiency drastically decreases. This rate furthermore decreases exponentially when robots have to work cooperatively to complete their task, often taking several hours to come up with a simple solution. However, a group of MIT researchers have developed an algorithm that, while not completely optimized, allows robots to formulate on-the-fly calculations and work together with amazing speeds.

In order to test the efficiency of their algorithm, the MIT team assigned three robots to work in conjunction to build a chair. The team envisions robots becoming more seamlessly integrated into the manufacturing process, and aims to expedite this process by finding ways for robots to think for themselves. They specifically tackle the problem of complex assembly operations, which have distinct steps that sometimes require the robots to work together.

One of the main obstacles that prevent robots from working optimally in collaboration is the positioning of each robot. The robots must grab the objects in ways that are efficient for the current step without bumping into each other, while also being in a good position for the proceeding step. With a multitude of steps and a changing amount of robots in each step, the problem gets pretty complicated to solve!

Getting Robots to Work Together

The MIT team’s algorithm first generates a course of action that ignores the collision problem, looking at each step as a freestanding task. Afterwards, the robots will consider transitions between steps and consider a positioning that would work for both steps without interfering with the other robots. They calculate the easiest steps first and revisit the more difficult portions later. The key to the algorithm is that it makes the robots drop their objects and reposition themselves if the calculations take too much time. While not generating the most optimal positioning this way, they run efficiently and quickly as possible.

The researchers also ran simulations of more complex operations in order to see how their algorithm panned out. The results amazed them; the algorithm could produce a workable and efficient plan of action within minutes, while an optimal solution would have taken hours to compute. The additional time that the robots spend devising a game plan is negligible compared to the time it saves while performing the operations. This algorithm is a huge advance in multi-robot operations and incorporating robots into the industry. Lovers of building and assembly beware; robots are quickly taking your place in this industry!

Read This Next
Brands We Love
Robots Are Already Driving and Painting, Now They're Directing Films Too
Futurism
There's Now A Computer Designed Specifically for Programming Intelligent Robots
Futurism
The Military Wants to Make AI That Mimics the Human Brain. Experts Know There’s a Better Way.
Futurism
Bring This Robot to a Disco, and It'll Dance With You
Futurism
Saudi Arabia Made a Robot a Citizen. Now, She's Calling For Women's Rights.
More on Artificial Intelligence
AI Asshole
Yesterday on the byte
BuzzFeed Columnist Tells CEO to "Get F*cked" for Move to AI Content
Deepfaked Neighbors
Yesterday on futurism
Trashy TV Prank Show Deepfakes Celebrities Into Jackass-Style Situations
Bad Bots
Yesterday on the byte
Oxford Scientists Warn AI Could Be More Deadly Than Nuclear Weapons
READ MORE STORIES ABOUT / Artificial Intelligence
Keep up.
Subscribe to our daily newsletter to keep in touch with the subjects shaping our future.
+Social+Newsletter
TopicsAbout UsContact Us
Copyright ©, Camden Media Inc All Rights Reserved. See our User Agreement, Privacy Policy and Data Use Policy. The material on this site may not be reproduced, distributed, transmitted, cached or otherwise used, except with prior written permission of Futurism. Articles may contain affiliate links which enable us to share in the revenue of any purchases made.
Fonts by Typekit and Monotype.