Mind-Bending View of a Solar Eclipse from the Stratosphere 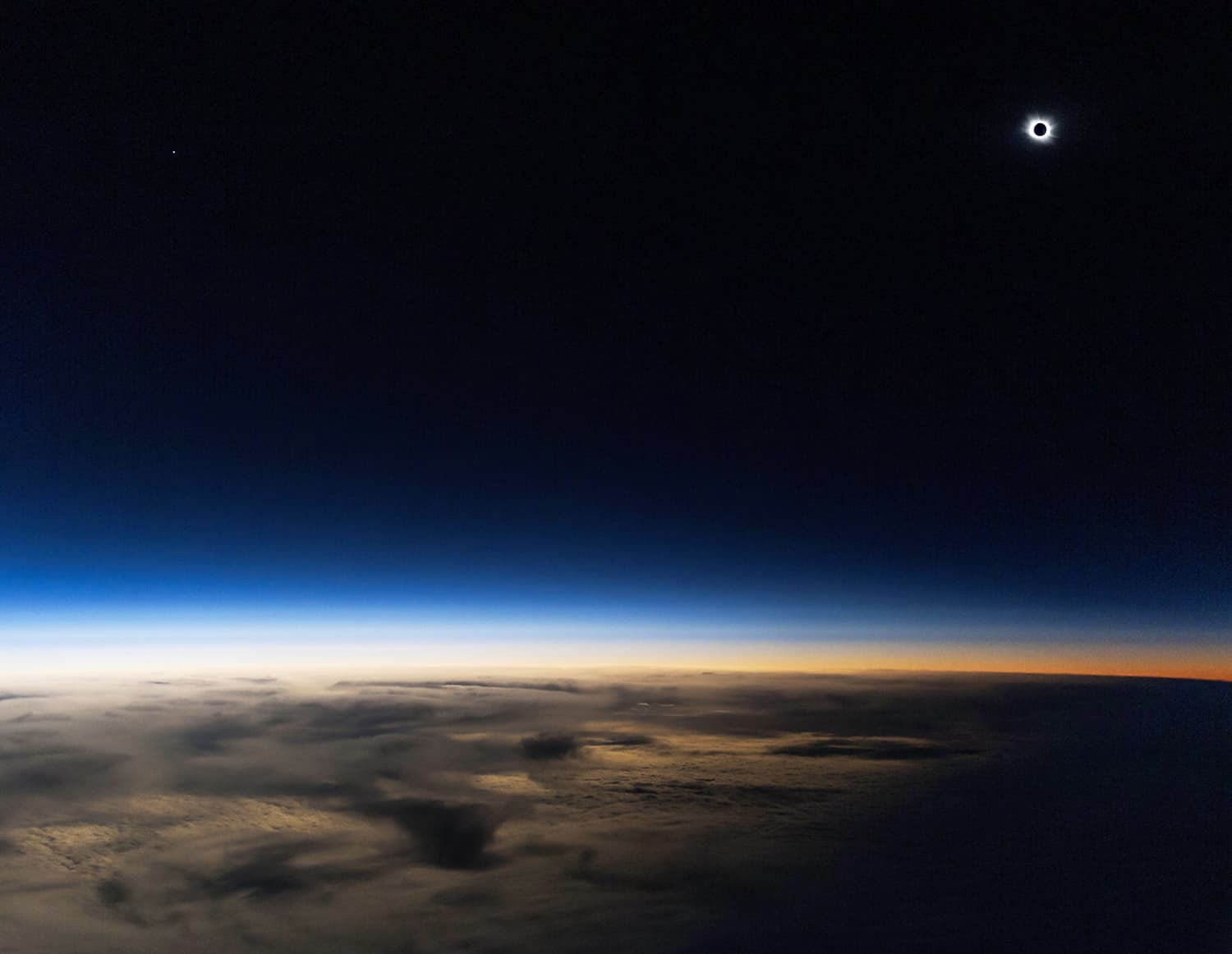 What does a solar eclipse look like from a fast-flying Falcon 7X jet at 14,000 meters (48,000 feet)? French journalist Guillaume Cannat described the Sun as looking black and “ruffled.”

Cannat was part of a group accompanying professional and amateur astronomers on board three Dassault Falcon 7X executive jets that flew in the narrow zone where totality of the eclipse could be observed, from southern Greenland to the geographic North Pole. Traveling through the stratosphere provided the unique opportunity to watch the total eclipse without atmospheric turbulence — which improved the view and the ride. And flying at speeds near Mach .9 also “lengthened” the view of the eclipse to over a minute.

The flight was organized by French amateur astronomer Xavier Jubier who created the software Solar Eclipse Maestro. The jets were filled with observation equipment: Cannat described the view of totality:

“The crown was deployed around the black disc of the New Moon . It looks like a disheveled silver hair and matted by the solar wind. Far to the left, the planet Venus throws diamond chips, but the absorption of the window hides other celestial body that must always shine in the night daylight. Twilight slides around, bathing the distant clouds in a soft orange glow.”

Here’s a composite of several images of the eclipse that Cannat put together:

Cannat also filmed the eclipse in real time with a GoPro Hero 4. “The whole sequence is rendered in real time so you can relive all in live conditions,” Cannat said. “Note, left, the presence of the bright spot of the planet Venus. The visible light rays around the sun before and after the totality phase are reflections on the window; there are also occasional reflections from inside the cabin. I left her to fully convey the mood of the scene. Naturally, I urge you to watch this video in HD 1080p to capture more detail and better see the spectacular growth of the shadow on cloud strata.”

And here’s a video of the adventure from Dassault Falcon: