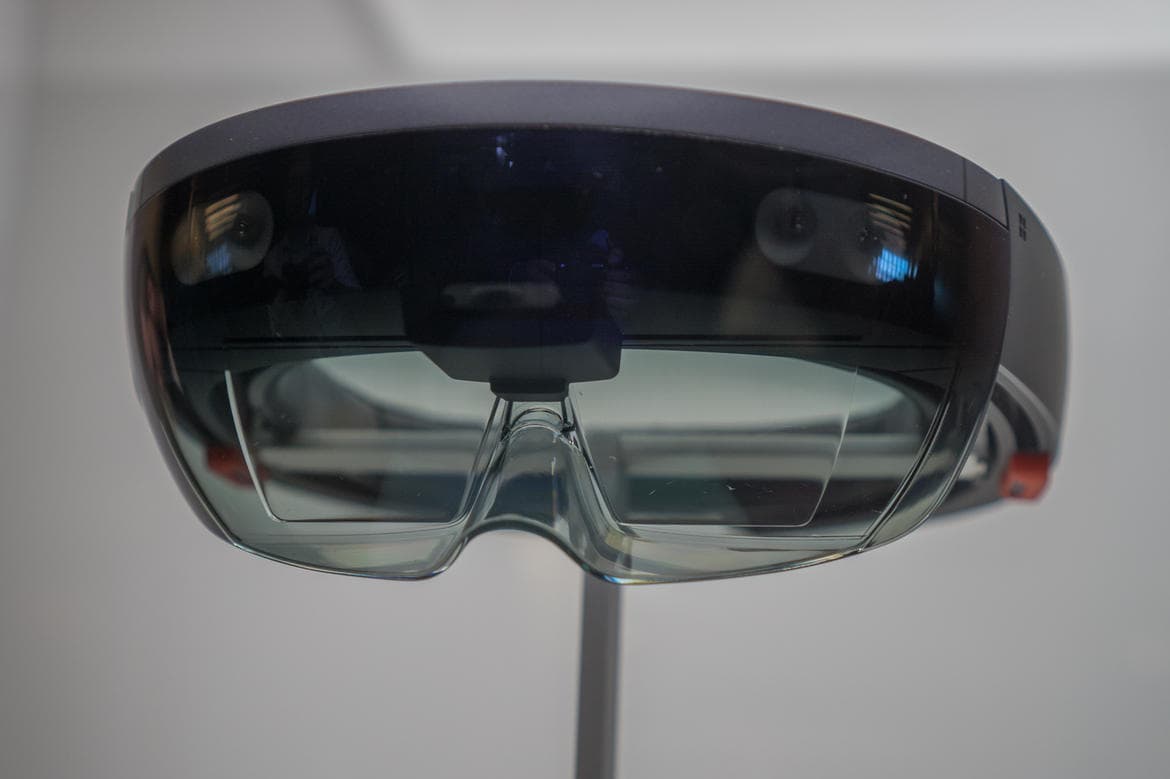 The developer kit will be released in Q1 2016 and will cost $3000, placing it firmly in the enterprise hardware level the company has said they would be targeting with the initial release. The demo video can be found below, and boy is it impressive.

In addition to applying for a developer kit, Microsoft also offered the ability to demo the Hololens at a location near you. The full list of cities and dates can be found here

Many believe the technology behind the Hololens to be the most advanced yet. The price announcement signals that Microsoft is clearly aiming to target enterprise customers, and the release date means that earlier versions will be in the hands of developers soon.

During a demo presentation, the Hololens impressed once again. An important thing to note however is that the demo wasn't being completely honest. In reality, the device's field of view is limited to about 40º as opposed to a a full field of view, as witnessed during the presentation. Additionally, fully opaque models in the room, black colors, and wide field of view are other things that are suggested by this presentation that are simply not true. This could be problematic as it sets unreasonable expectations in consumer's minds.

Read This Next
Future Vision
Microsoft’s Tech Can Make Your Hologram Speak Another Language
Futurism
A Major Manufacturer Has Begun Designing Its Cars Using Augmented Reality
Futurism
Ford is Using Microsoft's HoloLens to Design Cars in Mixed Reality
Futurism
This Spectacular, Real Life Version of Portal Lets You Teleport About Your Home
Futurism
Augmented War: New Combat Helmets Are Equipped With Microsoft's HoloLens
More on Virtuality
Biggest Loser
Thursday on the byte
Facebook's Metaverse Division Lost Nearly $14 Billion Dollars Last Year
Meta Marked
Jan 25 on the byte
The Metaverse Industry Is Already Going Belly-Up, for Reasons We Can't Imagine
Try Again
Jan 13 on the byte
Congress Rejects Funding the Military's Microsoft AR Goggles Because They Made Soldiers Sick
READ MORE STORIES ABOUT / Virtuality
Keep up.
Subscribe to our daily newsletter to keep in touch with the subjects shaping our future.
+Social+Newsletter
TopicsAbout UsContact Us
Copyright ©, Camden Media Inc All Rights Reserved. See our User Agreement, Privacy Policy and Data Use Policy. The material on this site may not be reproduced, distributed, transmitted, cached or otherwise used, except with prior written permission of Futurism. Articles may contain affiliate links which enable us to share in the revenue of any purchases made.
Fonts by Typekit and Monotype.