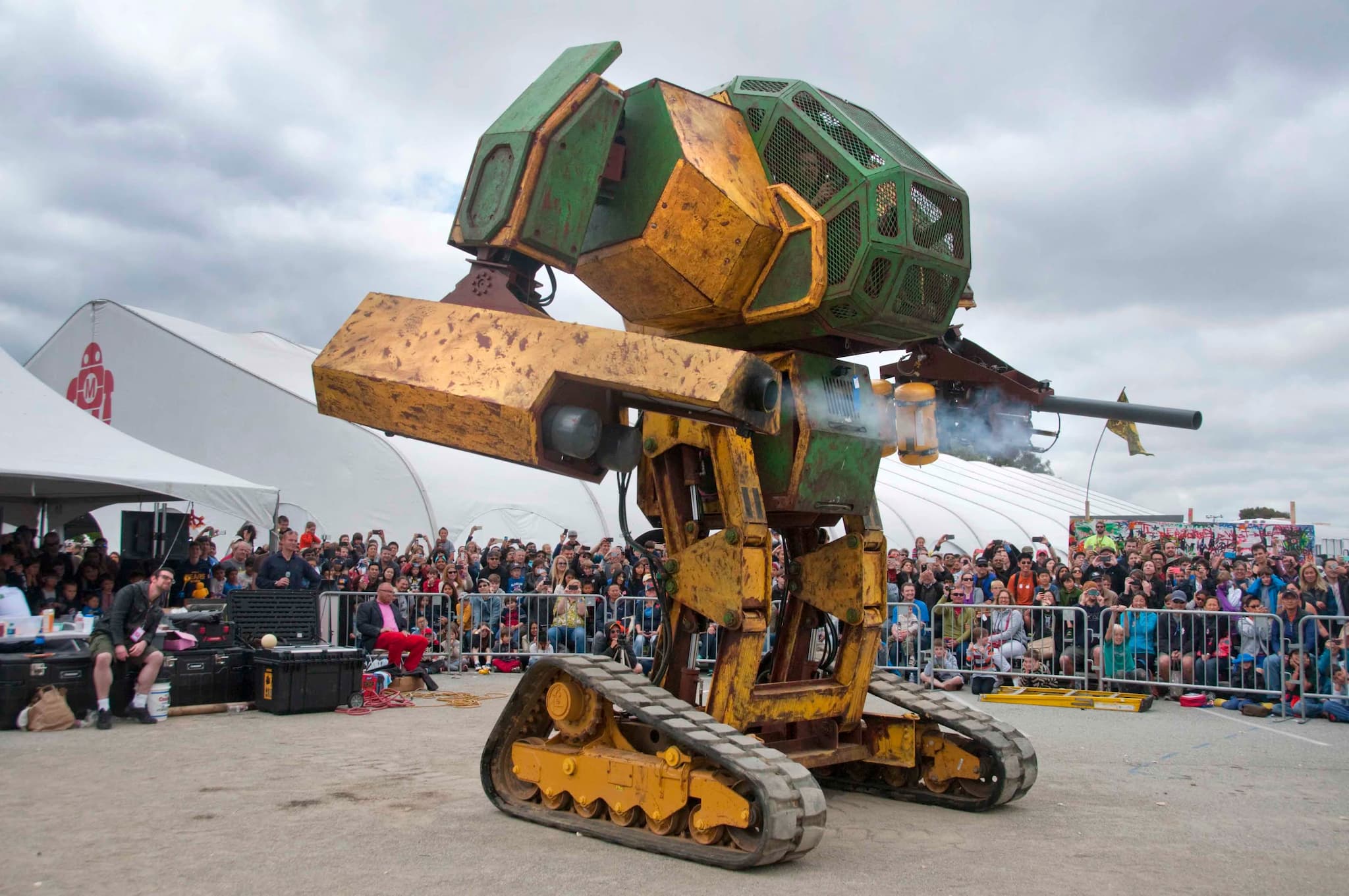 Giant robot startup MegaBots Inc. just raised $2.4 million in seed funding to make the glorious spectacle of giant robot fighting to the death into reality. Indeed, they want to make it into an actual league sport.

According to founders Gui Cavalcanti, Matt Oehrlein, and Brinkley Warren, the goal of the startup is to bring together robot pilots and teams from around the world, and then hosting epic live-action sporting events à la Formula 1 or UFC.

For this, they partnered with law firm Latham Watkins to help set up and roll out the league internationally, taking an approach similar to the Olympics. Under the Latham Watkins banner is one of their Partners,  Christopher D. Brearton, who represents the International Olympic Committee, and has helped organized leagues and governing bodies in sports including the NBA, MLB, NFL and others.

And it seems that the world is ready for this newest sport.

In 2015, something amazing happened. After the Megabots team unveiled their MkII giant robot in Maker Faire 2015, they challenged the only other known human-piloted giant robot in existence, Suidobashi Heavy Industries' Kuratas robot, in a duel to the death. Suidobashi CEO Kogoro Kurata's response? "Bring it on."

Megabots then started looking for funds to upgrade its robot, starting with a Kickstarter campaign that generated $550,000 for the company. Live appearances and selling of merchandise. like shirts, generated around $1 million.

Megabots Inc. will be fielding a modified version of the MkII robot that they unveiled last year. The original MkII MegaBot is a 4.5 meter (15-foot) tall, 5500 kg (12,000lb) robot capable of hurling 3lb projectiles at speeds over 130 MPH.

The two bots will be facing off at a date, time, and place Megabots is yet to determine. At Suidobashi's insistence, Megabots will be setting up the event.

Read This Next
Brands We Love
Robots Are Already Driving and Painting, Now They're Directing Films Too
Futurism
There's Now A Computer Designed Specifically for Programming Intelligent Robots
Futurism
The Military Wants to Make AI That Mimics the Human Brain. Experts Know There’s a Better Way.
Futurism
Bring This Robot to a Disco, and It'll Dance With You
Futurism
Saudi Arabia Made a Robot a Citizen. Now, She's Calling For Women's Rights.
More on Artificial Intelligence
Naughty Botty
Yesterday on futurism
Amazing "Jailbreak" Bypasses ChatGPT's Ethics Safeguards
Immortality Lite
Yesterday on futurism
Metaverse CEO Says ChatGPT Is Speeding Up Timeline for Emulating Dead People
Year of Efficiency
Friday on the byte
Zuckerberg Says Facebook Will Lean Hard Into AI
READ MORE STORIES ABOUT / Artificial Intelligence
Keep up.
Subscribe to our daily newsletter to keep in touch with the subjects shaping our future.
+Social+Newsletter
TopicsAbout UsContact Us
Copyright ©, Camden Media Inc All Rights Reserved. See our User Agreement, Privacy Policy and Data Use Policy. The material on this site may not be reproduced, distributed, transmitted, cached or otherwise used, except with prior written permission of Futurism. Articles may contain affiliate links which enable us to share in the revenue of any purchases made.
Fonts by Typekit and Monotype.