Meet the Farm That Grows Plants with Zero Sunlight, Soil, Pesticides, or Water

This is so efficient, it's kind of like growing a baby on just a teaspoon of milk.

Plants That Grow Without the Sun?

In an old 69,000 square-foot factory in Newark, New Jersey, leafy greens and herbs are being grown with absolutely zero soil, pesticides, or sunlight. And it uses only 5% of the water that is used in conventional outdoor farms.

The goal: to provide locally sourced food to the community by producing two million pounds of leafy greens a year—such as kale, watercress and basil—and if that’s not enough, battling world hunger is the ultimate goal in this venture.

Inside the world’s largest (and possibly smartest) indoor vertical farm in the world, Aerofarms’ plants grow in a season-less, and timeless environment; with light, air humidity and temperature being all tightly controlled—using what the company describes as a “patented growing algorithm.” 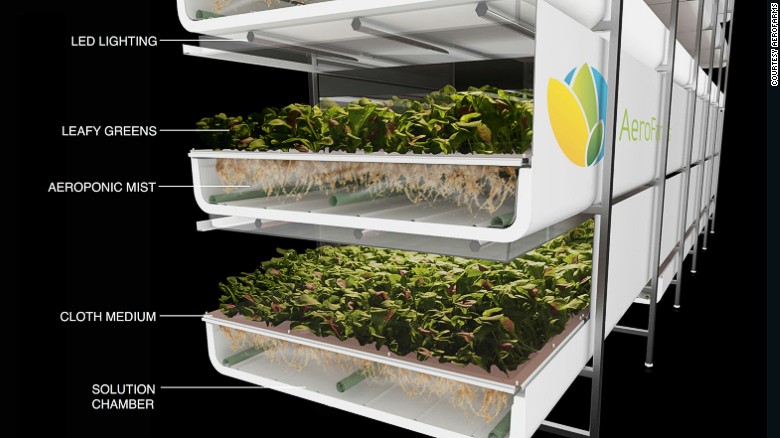 In here, rows of light emitting diodes, or LED’s, illuminate the plants at the exact wavelength that each one needs to thrive—with nutrients being directly misted onto the plants’ roots.

And unlike conventional plants, the company makes use of a white fabric, made from recycled water bottles, instead of soil to grow its plants.

In an interview with Reuters, Co-founder and Chief Marketing Officer Marc Oshima notes that, by producing crops indoors, AeroFarms can grow plants in a far more superior method than outdoor farming (and also, aquaponics and hydroponics). Indeed, according to him, it is capable of producing 75% more than its counterparts.

“We think of ourselves as plant whisperers, listening and observing everything we can do to optimize our plants. Our growing approach is really leading the way, marrying biology, engineering, and data science,” says Oshima.

Using about 95 percent less water to grow the plants, about 50 percent less fertilizer as nutrients, and with absolutely zero pesticides, herbicide, and fungicides, it seems that indoor farms like this one will be taking indoor farming to a whole new level of productivity with minimal environmental impact and virtually zero risk.

As Aerofarms founder David Rosenberg says, “I think we are going to have a bigger and bigger impact on leafy greens and other crops in the future. And the future is going to be very different, in large part because of data.”

Stop Using Cleaning Products That Damage Your Health and the Environment

Anti-Coke Lawsuit: “Plastic Is Set to Outweigh Fish in the Ocean”