Meet the Asteroid That's Made of $5 Trillion Worth of Platinum 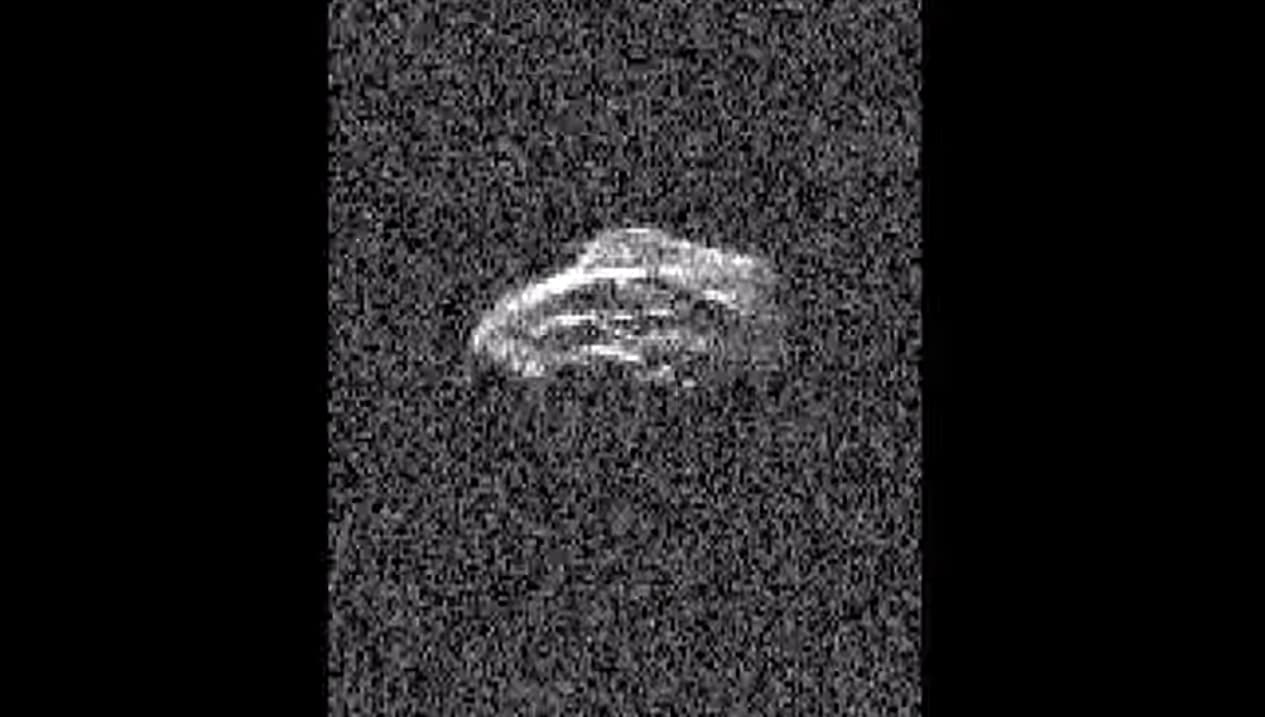 Earlier this year, an asteroid zoomed past Earth at a distance of about 1.5 million miles (2.4 million kilometers). Given the distance, scientists note that there was no chance of the Earth colliding with the space rock, although it made it close enough for NASA scientists to capture it on video.

However, a more notable fact about the asteroid is its composition, which makes it a viable candidate for mining. The rock is thought to be packed with about 5 trillion dollars worth of platinum, and representatives of Planetary Resources are hoping that they can begin asteroid mining it in the coming decades.

“What makes this unusual is the large amount of platinum believed to be lurking in the body of this space visitor,”noted astronomer Bob Berman. “Can it be mined someday, perhaps not too far in the future,” he added.

The asteroid is around 2000 feet long and 1000 feet wide and bears an odd shape, similar to an unshelled walnut...that happens to be made of metals is is traveling through space remarkably fast. Unlike typical asteroids that are made up of loose pebbles and ice, the trillion dollar asteroid, which has been dubbed UW158, looks like it may have a solid body for potential mining.

Originally, Planetary Resources wanted to focus on mining a specific type of asteroid called carbonaceous chrondrites that are laden with water, which could lend itself to more comprehensive studies of the solar system by having a cheap and accessible source of spacecraft propellant. Water can be split into oxygen and hydrogen, which are major components of rocket fuel.

"The problem is, sending [Earth's] water into space is extraordinarily expensive, and even if the launch was free, it takes an incredible amount of energy to shift that stuff around," Planetary Resources president and chief engineer Chris Lewicki said.

In the case of UW158, "its size, shape and rotation suggest there is something more than gravity holding this object together, or else the asteroid would break up due to its fast spin," observation leader Patrick Taylor, a scientist in Arecibo's planetary radar department said in another release.

Read This Next
Rock Is Dead
NASA Spacecraft Grabbed Too Many Asteroid Chunks and Now They're Drifting Into Space
Asteroid Wars
Billionaires Are Dead Serious About Moving Factories to Space
Asteroid Armageddon
The "Space Nation" Warns That an Asteroid Could Wipe out Humanity
Particle Plume
NASA Shocked by "Plumes Erupting From an Asteroid’s Surface"
Futurism
New Video Shows Japanese Probe Shooting Asteroid With Bullet
More on Off World
Appetite for Dest...
Yesterday on the byte
Black Hole In "Hyper-Feeding Frenzy" Chews Through Stars and Shoots Its Leftovers Towards Earth
Lunar RGB
Wednesday on the byte
NASA Shows Off Artemis "Party Mode," Powered by Amazon (TM) Alexa (TM)
Putting Things In...
Tuesday on futurism
Amazing Artemis Photo Shows Every Human, Alive or Dead, Plus the Moon
READ MORE STORIES ABOUT / Off World
Keep up.
Subscribe to our daily newsletter to keep in touch with the subjects shaping our future.
+Social+Newsletter
TopicsAbout UsContact Us
Copyright ©, Camden Media Inc All Rights Reserved. See our User Agreement, Privacy Policy and Data Use Policy. The material on this site may not be reproduced, distributed, transmitted, cached or otherwise used, except with prior written permission of Futurism. Articles may contain affiliate links which enable us to share in the revenue of any purchases made.
Fonts by Typekit and Monotype.