This is an image of the death of fossil fuels. 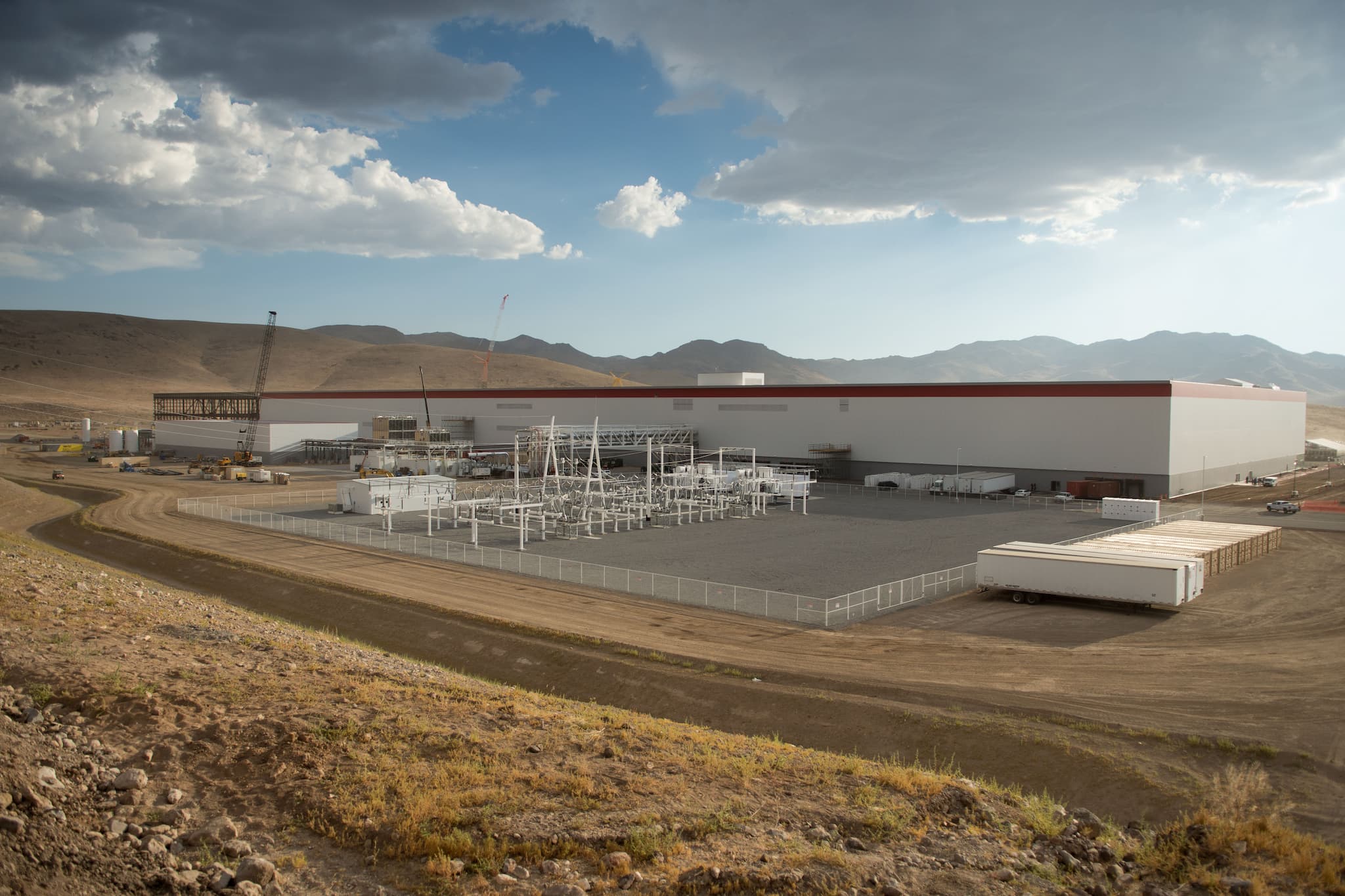 Tesla’s Gigafactory is part and parcel of the company’s overall vision of securing a sustainable future. It’s the key to bringing down the cost of their batteries, the Powerpack and Powerwalls, as well as their mass market electric vehicle, the Model 3. Thus, the Gigafactory is the key to making all of these renewable technologies accessible to the public (and ultimately, bringing an end to fossil fuels).

That said, the details surrounding the kind of battery cell that’s going into production at the plant are still vague. So far, all we know about it is that it will be the cheapest, highest energy density cell available once it hits the market. No other specifics have been revealed.

Once the Gigafactory is fully operational, it is expected to house at least 6,500 employees, but the facility is big enough to actually employ 10,000—all working towards bringing 150 GWh of battery capacity to life by 2020.

If there was ever any doubt that they are well on their way to achieving their target, Tesla says that they already have over 1,000 full-time employees reporting to work at the plant, and they just released images to prove it.

Notably, the employees are working for Tesla alone. This number doesn’t account for the employees from Panasonic, which Tesla recently announced a partnership with in an effort to ramp up battery cell production.

At this point, there is a little argument that Tesla is going to utterly dominate the renewable energy industry. Case in point, Tesla’s Solar Roof Tiles (developed with their recently acquired SolarCity) will be completed and launched in 2017. Additionally, a host of its utility-scale energy storage installations will go online later this year.

2017 should also be the year that Tesla makes good on its Supercharger network expansion, through which they plan to double the number of Superchargers in 2017.

On top of this, recently, Tesla announced a subtle name change that speaks volumes about where Elon Musk plans to take the company. Big picture—it’s not just about cars anymore; in fact, it hasn’t been for a while.

Read This Next
Solar Slay
Solar Powered Machine Turns CO2 and Waste Plastic Into Valuable Fuel
Fusion Futility
Elon Musk Slams Fusion, Says Future of Energy Is Wind and Solar
Remember Donald?
Donald Trump Goes on Bizarre Rant Against Electric Cars
Good Neighbors
German Government Says It May Keep Nuclear Plant Open After All
Unreliable Friends
Archipelagic Nation Sick of Other Countries Breaking Climate Change Promises
More on Earth & Energy
Cow Chow
Yesterday on the byte
Bill Gates Gives $12 Million to Flatulent Australian Cows
Dye in the Water
Yesterday on the byte
Scientists Dye Chunks of Ocean Water Pink for Head-Turning Coastal Experiment
Face/On
Yesterday on the byte
Scientists Found a Dinosaur's Face, Complete With Its Skin
READ MORE STORIES ABOUT / Earth & Energy
Keep up.
Subscribe to our daily newsletter to keep in touch with the subjects shaping our future.
+Social+Newsletter
TopicsAbout UsContact Us
Copyright ©, Camden Media Inc All Rights Reserved. See our User Agreement, Privacy Policy and Data Use Policy. The material on this site may not be reproduced, distributed, transmitted, cached or otherwise used, except with prior written permission of Futurism. Articles may contain affiliate links which enable us to share in the revenue of any purchases made.
Fonts by Typekit and Monotype.