"He had burned his parents’ heads in that fireplace." 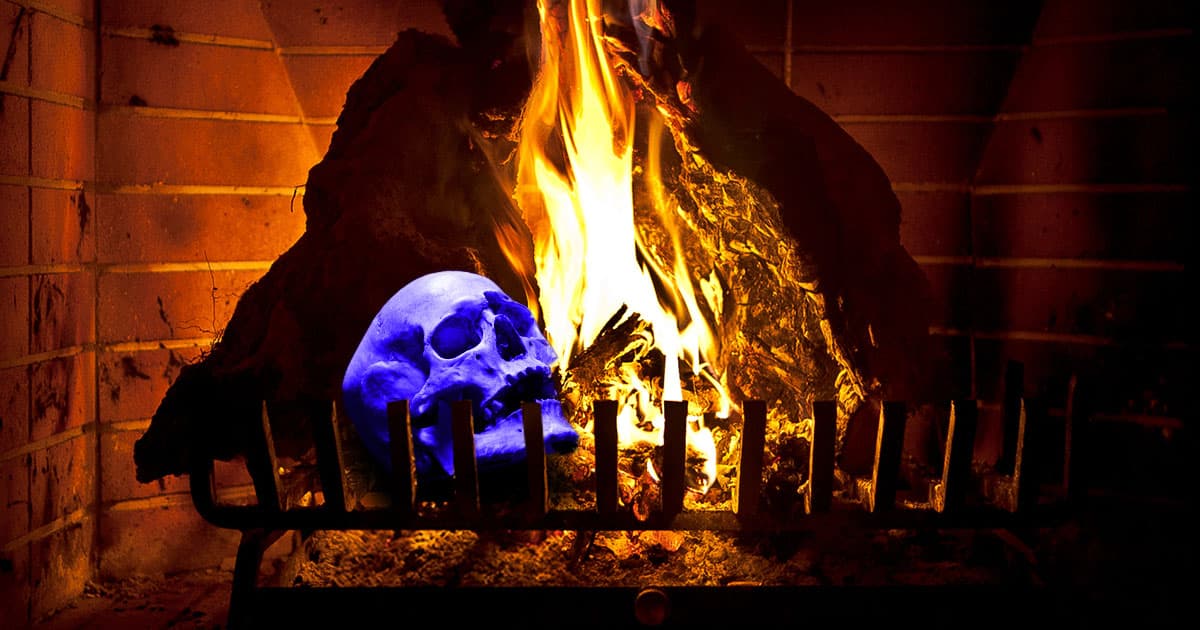 In a grisly crime, a 23-year-old man from Wisconsin reportedly murdered and dismembered his parents after they found out that he had fabricated plans to move to Florida for a job at SpaceX last summer.

Prosecutors claim the man in question, Chandler Halderson, actually spent his time playing video games all day while telling his parents he was hopping on meetings that never actually happened, the Wisconsin State Journal reports.

When his father figured out the ruse, Halderson reportedly shot both him and his mother.

The rest of the story is even more gruesome, if prosecutors are to be believed: after shooting his parents, the Journal reports, Halderson is accused of dismembering their bodies and scattering the remains in ditches, farm land, and trash cans around the area. He then reported them missing a week later.

The 23-year-old is now on trial, facing charges of mutilating a corpse, hiding a corpse, and providing false information about a missing person, the newspaper reports.

It's an incredibly tragic story that's straight out of a horror movie — not to mention a grim illustration of the incredible cachet of SpaceX as an employer, especially among Elon Musk fans.

Halderson's defense claims he didn't actually murder his parents, nor did he dismember their bodies. He was just a kid, they say, who happened to be really into video games.

But it sounds like there's substantial evidence that Halderson went to extreme lengths to keep up his charade, creating fake paper trails to make it look like he was still in renewable energy engineering school before claiming to be hired by SpaceX last summer.

In reality, Halderson dropped out of school after about a semester, according to Rolling Stone. Instead of actually going to Florida for his fake job at SpaceX, he reportedly faked a head injury and concussion.

The rest of the evidence is even more damning. Investigators found the remains of a human skull in the Haldersons' fireplace, as well as a bloody tarp, saw blades, and other cutting instruments, Rolling Stone reports.

"He had burned his parents’ heads in that fireplace," Brown said at the trial, according to the Journal.

The police also recovered an SKS rifle. Halderson wrote a list in the Notes app on his phone, including chemicals like hydrogen peroxide and lemon, Rolling Stone reports.

It's a grim and unsettling story that's bound to have even more twists and turns, as the trial goes on over the next three weeks.

More on SpaceX: China Furious With Elon Musk for Endangering Its Space Station

Read This Next
Shot Well
Head of NASA Relieved to Hear Elon Musk Isn't REALLY Running SpaceX
Makeover Scene
Space Tourist Says He's Thinking About Flying SpaceX Craft Up to Fix Hubble
Grain of Salt
There's a Huge Problem With Elon Musk's Promise to Bring Starlink to Iran
Sluggo Mode
SpaceX Has a Major Problem With Its Starlink Internet Connections
Dumpster Fire
SpaceX Tested Starship's Engines and Accidentally Caused a Large Fire
More on Off World
Hall Effect
3:22 PM on futurism
Test Suggests Ion Thrusters Could Power Crewed Interplanetary Missions
CHON: Legacy
3:19 PM on the byte
James Webb Discovers Coldest Ice in Known Universe, Harboring Molecules Essential For Life
Is There?
3:14 PM on the byte
NASA Setting Up Facility For Mars Rock Samples That Might Contain Alien Life
READ MORE STORIES ABOUT / Off World
Keep up.
Subscribe to our daily newsletter to keep in touch with the subjects shaping our future.
+Social+Newsletter
TopicsAbout UsContact Us
Copyright ©, Camden Media Inc All Rights Reserved. See our User Agreement, Privacy Policy and Data Use Policy. The material on this site may not be reproduced, distributed, transmitted, cached or otherwise used, except with prior written permission of Futurism. Articles may contain affiliate links which enable us to share in the revenue of any purchases made.
Fonts by Typekit and Monotype.