The tiny devices are turning out to be a privacy nightmare. 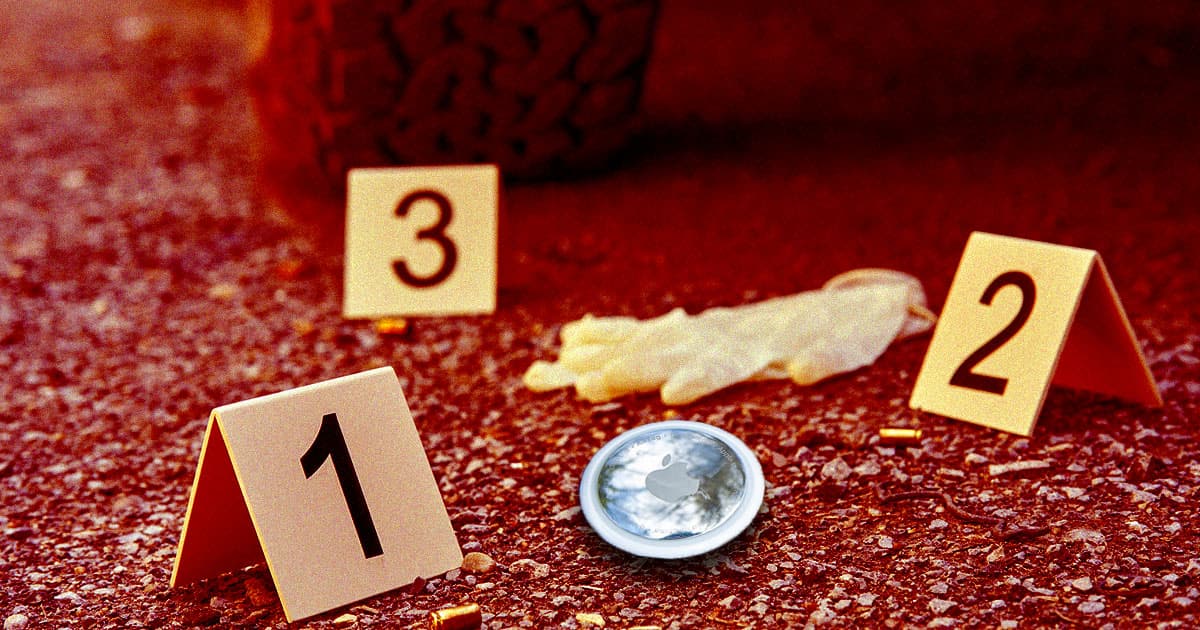 Connecticut police arrested 27-year-old Wilfred Gonzalez after they found he was allegedly tracking a victim's car using an Apple AirTag, according to local news reports.

"He is accused of placing an AirTag in his ex-girlfriend's vehicle," Naugatuck Police Officer Danielle Durette told FOX61. "She had concerns about him tracking her and it had been an issue in the past with him."

The small, coin-shaped devices are relatively cheap at just $30 and are advertised as a way to track belongings like keys or backpacks. But privacy advocates have long raised concerns over the devices, arguing that they can easily be used for ill purposes.

Gonzalez was charged over the weekend with several felonies, including first-degree stalking and violation of a protective order, according to reports.

He's not the only one to have used the small trackers for nefarious ends. There have been several instances of people, in many cases women, being the target of a stalker using AirTags.

"It was really scary," North Carolina local Holly Ziegler told local news station WRAL after her daughter was tracked by an AirTag attached to her vehicle. "I had never heard about something like this before."

Fortunately, Ziegler's daughter was alerted through a pop up message on her phone, a safeguard implemented by Apple — but not everybody is as fortunate.

Incidentally, news emerged this week about modified AirTags with disabled speakers being sold on online e-commerce platforms like eBay and Etsy, a modification that would be perfect for stalkers.

Apple attempted to get ahead of privacy concerns by having its AirTags audibly beep when they were ever near another user for a prolonged period of time without their knowledge. Without the speaker, however, it's much harder to tell if there is a rogue AirTag nearby.

"Oh look," cybersecurity researcher Eva Galperin tweeted. "There is already a secondary market for modified AirTags with the speaker disabled for 'stealth mode.' I hate everything so much right now."

A "Silent AirTag" listed on Etsy has since been removed from the platform. The merchant behind the device told PCMag this week that the modified device was meant to "cater to the several requests of buyers interested in my other AirTag product who were interested in fitting an AirTag to their bikes, pets and power tools."

The seller claims they never did anything wrong.

"Much like many products in the world, there will always be a minority of people who will use them for malicious activities," the seller told PCMag. "Content with my ability to help people with genuine, positive uses, I listed the product without having considered the negative consequences."

In its defense, Apple has issued several updates, including an Android app called Tracker Detect that allows those not trapped in Apple's walled garden be alerted to the presence of unwanted AirTags nearby.

Despite Apple's best intentions, the simple modification — all it takes is creating a small hole under the battery — makes the AirTag incredibly easy to abuse.

"Any item that works for the purpose of catching a thief in this manner is also a perfect tool for stalking," Galperin argued in a follow-up tweet.

"Removing the speakers from AirTags eliminates the only anti-stalking mitigation that works automatically and does not depend on the person being stalked having a phone," the researcher told PCMag.

More on Apple: Woman Freaks Out After Discovering an Apple Tracking Device on Her Car

Read This Next
Tim Apple
Apple CEO Menaced by Armed Stalker Who Thinks She's His Wife
On Ice
Apple Is Delaying Plans to Scan Phones for Child Abuse Material
Slippery Slope
Apple Will Scan Every iPhone for Images of Child Sexual Abuse
Out of Sight
Apple Runs A "Black Site" That a Worker Called "Dehumanizing"
oh, (big) brother
Big Tech Splits Over Privacy Issues, at Least on the Surface.
More on Future Society
Balloon News
Yesterday on futurism
China Says "Spy Balloon" Soaring Over America Is Completely Innocent
Down in Flames
Wednesday on the byte
Elon Musk Apparently Thinks Twitter Is a "Flaming Dumpster Rolling Down the Street"
All Tomorrow's Pa...
Wednesday on the byte
Party Startup Says It Has Zero Plans to Make Any Money With Investors' Funds
READ MORE STORIES ABOUT / Future Society
Keep up.
Subscribe to our daily newsletter to keep in touch with the subjects shaping our future.
+Social+Newsletter
TopicsAbout UsContact Us
Copyright ©, Camden Media Inc All Rights Reserved. See our User Agreement, Privacy Policy and Data Use Policy. The material on this site may not be reproduced, distributed, transmitted, cached or otherwise used, except with prior written permission of Futurism. Articles may contain affiliate links which enable us to share in the revenue of any purchases made.
Fonts by Typekit and Monotype.