How to Make a Human (Infographic) 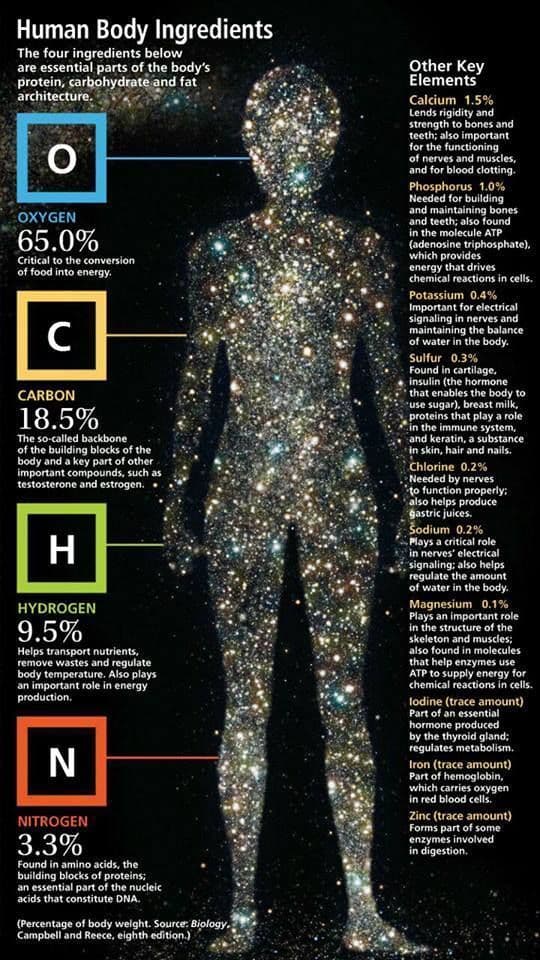 Here is a handy visual of what’s inside the human body. Of what makes us, well, us. While it may seem rather simple to measure all the various parts of a human, it's really quite complicated. This is primarily because there are a number of ways that you can measure what makes a human a human.

Essentially, you need to go with either mass or atomic composition ie., what has the most weight or how many atoms there are.

Case in point, we know that people are, on average, 50% water. More specifically, it's about 57% water. Now then, water is made up of 2 hydrogen atoms and 1 oxygen atom. This means that there is actually more hydrogen in the body than oxygen. As an aside, if you are wondering, the average adult human has some  7 x 1027 atoms that make up their body.

However, hydrogen is the lighter element. As a result, when looking at mass, you will find that there is more oxygen than hydrogen. And interestingly, nearly 99% of the human body is made up of just six elements: These are hydrogen, carbon, oxygen, nitrogen, calcium, and phosphorus. For a full breakdown, see the image below.