But it's not basic income, an expert says. 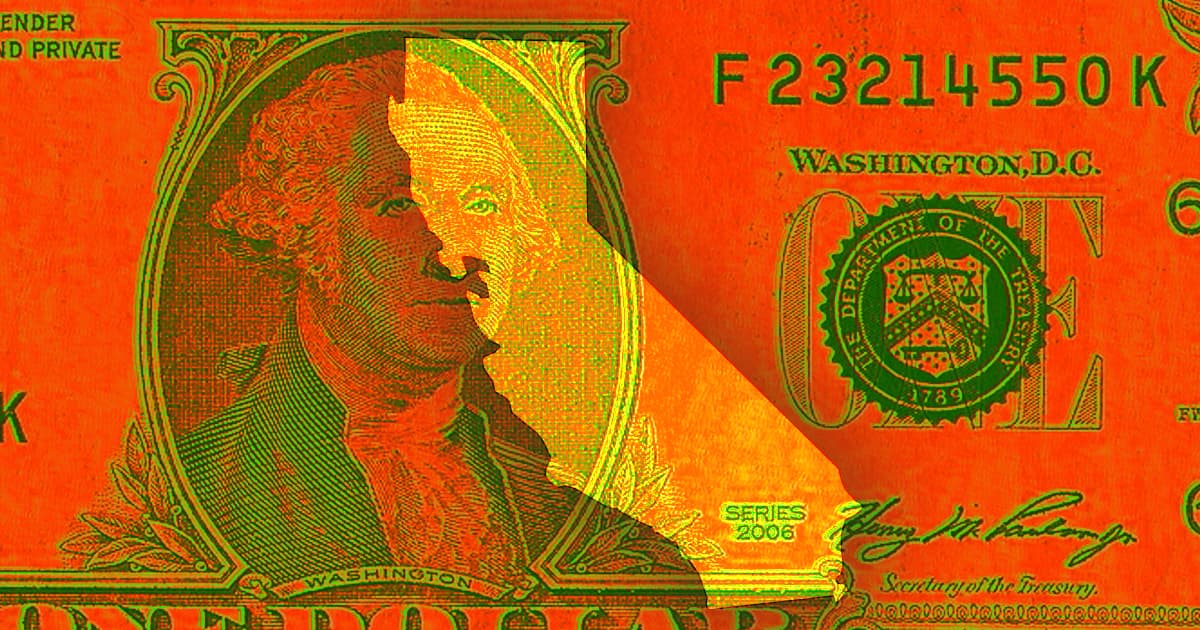 Gavin Newsom, the new governor of California, has big plans to revamp the state's poverty-prevention tax credit program so that it helps more people who are struggling to make ends meet.

The new plan would more than double CalEITC's funding so that 400,000 more low-income families can receive assistance on a monthly instead of an annual basis, according to Fast Company — but Adam Ruben, the campaigns director of the Economic Security Project cautions against calling it basic income.

To Ruben's point, a monthly payment for families in need sounds a lot like universal basic income, a system that's often touted as a solution — or at least a bandage — for wealth inequality. But both the current CalEITC and Newsom's proposed expansion of the program will only go towards low-income, working Californians.

"What we’re seeing is the idea of the importance of a steady drumbeat of financial security throughout the year," Ruben told Fast Company.

The tax credit serves more as an acknowledgment that many jobs, even when paying out a $15 minimum wage, don't provide enough for families to make ends meet or escape from debt. Rather than helping everyone, the expanded CalEITC would focus on helping those who don't make enough or can't get enough shifts to get the extra help that they need, Fast Company reports.

By switching to a monthly payout, families receiving assistance would be able to better manage their finances than under the current system, under which they have to stretch out one payment over an entire year.

Under Newsom's proposed expansion, the budget for CalEITC would jump from $400 million to $1 billion. This would let California raise the program's income cap to $30,000 a year — an increase that means 400,000 more households would become eligible for benefits. Presently, CalEITC provides families with $2,879 per year. The expanded version would reportedly more than double that payout, with an additional $500 given to families with young children.

For now, the proposal is in its early stages, so the specific payment plan has not yet been released. But the extra $600 million will likely come from increased corporate taxes or income taxes for the wealthiest Californians, according to Fast Company.

READ MORE: California has a new plan to give a monthly check to low-income residents [Fast Company]

Editor's Note 1/17 at 10:30 AM ET: This article originally claimed that the new CalEITC proposal would extend payments to any Californian regardless of immigration status. It also misspelled Adam Ruben's name. It has since been corrected.

Read This Next
Give Me Cash
Scientists Discover That Money Actually Can Buy Happiness
Market Madness
Bill Gates Says He's Quite Concerned About the Global Economy
Brands We Love
Now Anyone Can Invest in Real Estate Thanks to This Innovative Online Platform
Brands We Love
This Real Estate Platform Lets Investors Save Time and Money Like Never Before
Fun Drive
A Note From The Publisher of Futurism
More on Future Society
I Silence Thee
Jan 28 on futurism
Leaked Messages Seem to Show Elon Musk Using Twitter to Punish His Enemies
Gas Giant
Jan 27 on the byte
Journalist Eats Lab-Grown Chicken, Gets "Weirdly Gassy"
Musk Rats
Jan 26 on the byte
Twitter Is Quietly Re-Suspending the Lunatics Elon Musk Let Back On
READ MORE STORIES ABOUT / Future Society
Keep up.
Subscribe to our daily newsletter to keep in touch with the subjects shaping our future.
+Social+Newsletter
TopicsAbout UsContact Us
Copyright ©, Camden Media Inc All Rights Reserved. See our User Agreement, Privacy Policy and Data Use Policy. The material on this site may not be reproduced, distributed, transmitted, cached or otherwise used, except with prior written permission of Futurism. Articles may contain affiliate links which enable us to share in the revenue of any purchases made.
Fonts by Typekit and Monotype.