Red giants—the penultimate phase of stellar senescence—may harbor habitable zones that could be stable for billions of years, and create conditions suitable for life in the outer reaches of their planetary systems. 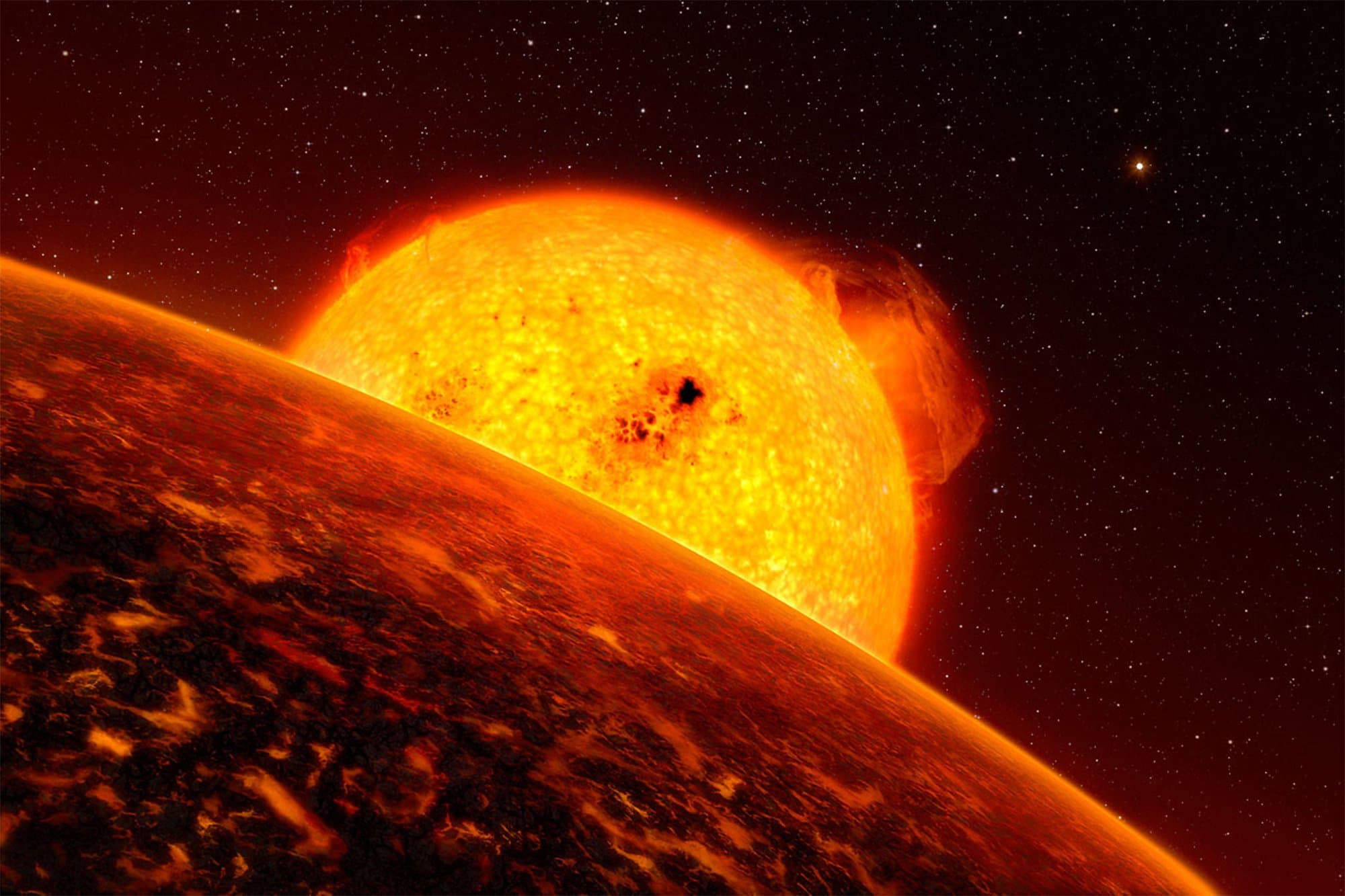 About five billion years from now, our steady, dependable Sun—the greatest luminary object in our heavens—will finally exhaust its core reserves of hydrogen fuel, and it will swell up into a tremendous red giant.

The fate of the Earth at this time is uncertain: Some suggest it will be engulfed in the Sun’s outer layers, or perhaps the red giant Sun will expel enough mass to loosen the Earth’s orbit just enough to spare it this horrible, fiery death.  But the Solar System’s habitable zone—the region where liquid water is possible and life has a chance to survive—will certainly sweep outwards, forsaking the inner planets for the environs of Jupiter and Saturn.

And some have suggested this will mark a latter-day renascence for these remote worlds and their plentiful moons—a time, perhaps, when Europa and Ganymede, Titan, and Enceladus may be supplied with enough energy to thaw their huge mantles of water ice and fuel the evolution of complex chemicals into something more nearly life-like.

With this intriguing far-future scenario in mind, Ramses M. Ramirez and Lisa Kaltenegger of Cornell University’s Carl Sagan Institute decided to model the placement of habitable zones around aging stars, and just how long they might last.

Children of Their Old Age

It’s a departure from the usual method of exoplanet hunting, which focuses on middle-aged stars much like our own; but the search for extrasolar planetary systems has thrown us more than a few surprises, and when dealing with such unusual and exotic places, it’s well to think outside the box.

After all, we’ve found quite a few planets of stars significantly older than the Sun.  Kepler-444, for example, and the nearby Kapteyn’s Star both have planetary systems—and they’re over 11 billion years old!  That’s twice the age of the Solar System.  And that’s to say nothing of the planet of the pulsar PSR B1620-26, which is over 13 billion years old.

So the authors of the new study, which appears today in the Astrophysical Journal, are optimistic that planets of red giant stars could harbor habitable zones and possibly life.  And depending on the mass of these stars, planets could linger in these late-term habitable zones for up to 9 billion years.

“Long after our own plain yellow sun expands to become a red giant star and turns Earth into a sizzling hot wasteland, there are still regions in our solar system—and other solar systems as well—where life might thrive,” Kaltenegger explains.

“In the far future, such worlds could become habitable around small red suns for billions of years, maybe even starting life, just like Earth. That makes me very optimistic for the chances for life in the long run.”

Read This Next
Accuracy Wall
Harvard and MIT Scientists Warn That James Webb Data May Not Be What It Seems
Outing Life
Swiss Government Scientist Says We May Be on the Brink of Discovering Alien Life
Sun Gazer
Researchers Want to Use the Sun As a Giant Telescope to Look for Aliens
Space Invaders
Study: There May Be as Many as Four Evil Civilizations in Our Galaxy
Search for Life
Former Astronaut Suggests Specific Planet for James Webb to Search for Life
More on Off World
Light Me Up
Yesterday on the byte
Wall of Lasers Cuts Across Hawaii's Night Sky
Water Sign
Yesterday on the byte
Scientists Find New Evidence of Hidden Ocean World in Our Solar System
Trashing Orbit
Thursday on the byte
Elon Musk Says SpaceX May Build Starship That Dies on Purpose
READ MORE STORIES ABOUT / Off World
Keep up.
Subscribe to our daily newsletter to keep in touch with the subjects shaping our future.
+Social+Newsletter
TopicsAbout UsContact Us
Copyright ©, Camden Media Inc All Rights Reserved. See our User Agreement, Privacy Policy and Data Use Policy. The material on this site may not be reproduced, distributed, transmitted, cached or otherwise used, except with prior written permission of Futurism. Articles may contain affiliate links which enable us to share in the revenue of any purchases made.
Fonts by Typekit and Monotype.