This 3D Printer will boost your child's creativity and it's included in this Pre-Black Friday Doorbuster Sale. 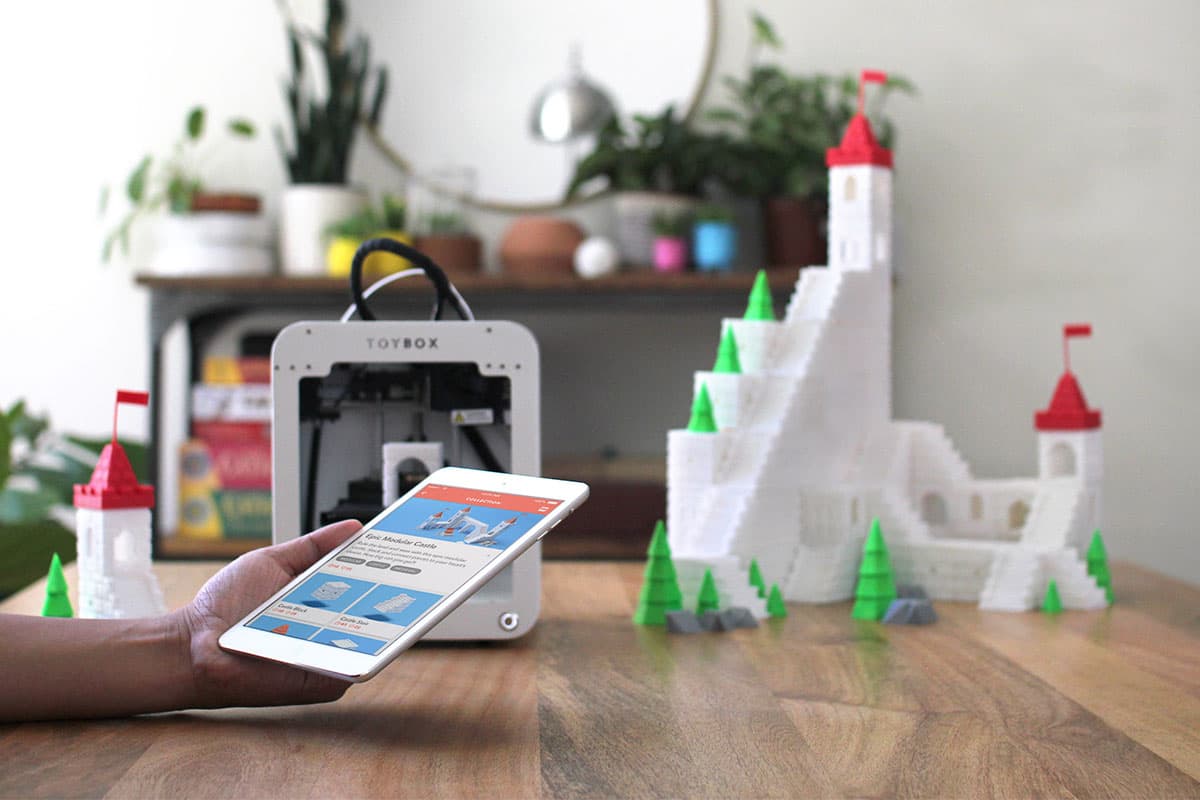 3D printers have come a long way over the past few years. Not only are they more affordable but they are more kid-friendly and a great way for young children to dig into their creativity early on.

Allowing a child to create their own 3D art helps them use their imagination in a clever way and it also helps them learn critical skills in technology and design. Not only that, but it keeps them busy and active! If you've been thinking about getting your child a 3D printer, The Toybox 3D Printer Deluxe Bundle is a great starter printer and right now, for a few days only, you can get it for $319.97 (reg. $469) during our Pre-Black Friday Doorbuster Sale.

This kid-friendly 3D printer, which was previously seen on Shark Tank, can be controlled with simple one-touch functions and doesn't require a knife to remove prints like most 3D printers on the market. Using the companion app, you can choose from an ever-expanding toy catalog or create and upload your own designs for infinite possibilities.

It also comes with 8 colors of non-toxic, biodegradable printer food that will make 100-300 toys based on the size of toys produced.

If you think your child would love to unwrap this 3D Printer on Christmas morning, don't wait to take advantage of this Pre-Black Friday Doorbuster Deal.

Read This Next
From Our Partners
Can't Wait For November 26th? Save On These Pre-Black Friday Doorbusters Deals Now!
From Our Partners
Get 3D Printers, Smart Home Devices, And More In This Epic Labor Day Sale
Brands We Love
This Robot Arm Turns Any Home Office Into a High-Tech Wonderland
From Our Partners
Get Summer's Best Gadgets For Up To 83% Off This 4th Of July
From Our Partners
Get Ready For The Ultimate Summer With These Memorial Day Deals
More on Sci-Fi Visions
Getting Worse
Friday on the byte
Bitcoin Just Had Its Worst Month in Crypto's Entire History
FROM THE DEPT. OF...
Friday on futurism
Good Buys: Outer Brown Wicker Outdoor Armchair Conversation Set
FROM THE DEPT. OF...
Friday on futurism
Oh, Say Can You See These Amazing 4th of July Sales
READ MORE STORIES ABOUT / Sci-Fi Visions
Keep up.
Subscribe to our daily newsletter to keep in touch with the subjects shaping our future.
+Social+Newsletter
TopicsAbout UsContact Us
Copyright ©, Camden Media Inc All Rights Reserved. See our User Agreement, Privacy Policy and Data Use Policy. The material on this site may not be reproduced, distributed, transmitted, cached or otherwise used, except with prior written permission of Futurism. Fonts by Typekit and Monotype.