Leading climate change economist assesses chances of a singularity, concludes it is "not near" 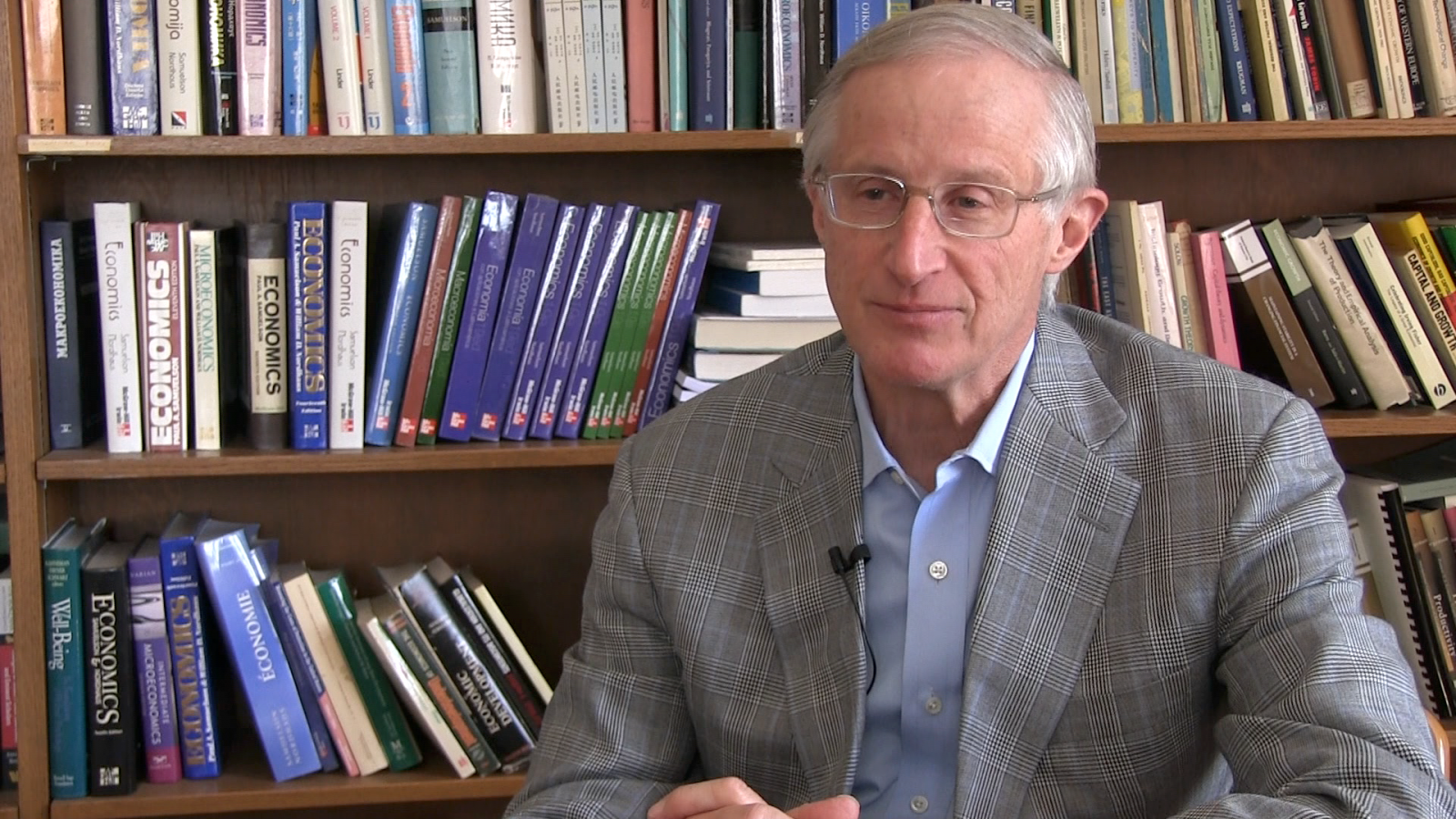 Many economists believe in a theory called stagnation, which posits that economic growth will slow because of resource depletion and declining productivity. But Nordhaus believes that the opposite idea -- the singularity -- is worth study, because if artificial intelligence ever crosses "some boundary" it could have serious implications for the economy. Therefore Nordhaus has written one of the first academic papers to seriously look at economic implications for the singularity.

If the rapid advance of artificial intelligence is starting to attract mainstream economists, we can only expect the amount and quality of singularity research to improve. According to Nordhaus, if we were to see a singularity, we'd find several economic markers, including accelerating productivity growth, rising share of capital, increasing decline of capital goods prices, and four other indicators. According to Nordhaus, we're only seeing the appropriate economic conditions in two of seven indicators.

Read This Next
Naughty Botty
Amazing "Jailbreak" Bypasses ChatGPT's Ethics Safeguards
Immortality Lite
Metaverse CEO Says ChatGPT Is Speeding Up Timeline for Emulating Dead People
AI After All
This Entire Sci-Fi Magazine Generated With AI Is Blowing Our Puny Human Minds
Let Them Fight
Whatever You Think of BuzzFeed's AI Quizzes, They're Way Less Horrible Than What CNET Has Been Doing
Bot Wreck
Red Ventures Knew Its AI Lied and Plagiarized, Deployed It at CNET Anyway
More on Artificial Intelligence
We're in Hell
Yesterday on the byte
Scammers Are Already Convincing Idiots They Can Get Rich Using ChatGPT
Bing Bing Bing!
Yesterday on the byte
Microsoft Appears to Have Accidentally Launched New Bing With ChatGPT Functionality
Year of Efficiency
Feb 3 on the byte
Zuckerberg Says Facebook Will Lean Hard Into AI
READ MORE STORIES ABOUT / Artificial Intelligence
Keep up.
Subscribe to our daily newsletter to keep in touch with the subjects shaping our future.
+Social+Newsletter
TopicsAbout UsContact Us
Copyright ©, Camden Media Inc All Rights Reserved. See our User Agreement, Privacy Policy and Data Use Policy. The material on this site may not be reproduced, distributed, transmitted, cached or otherwise used, except with prior written permission of Futurism. Articles may contain affiliate links which enable us to share in the revenue of any purchases made.
Fonts by Typekit and Monotype.