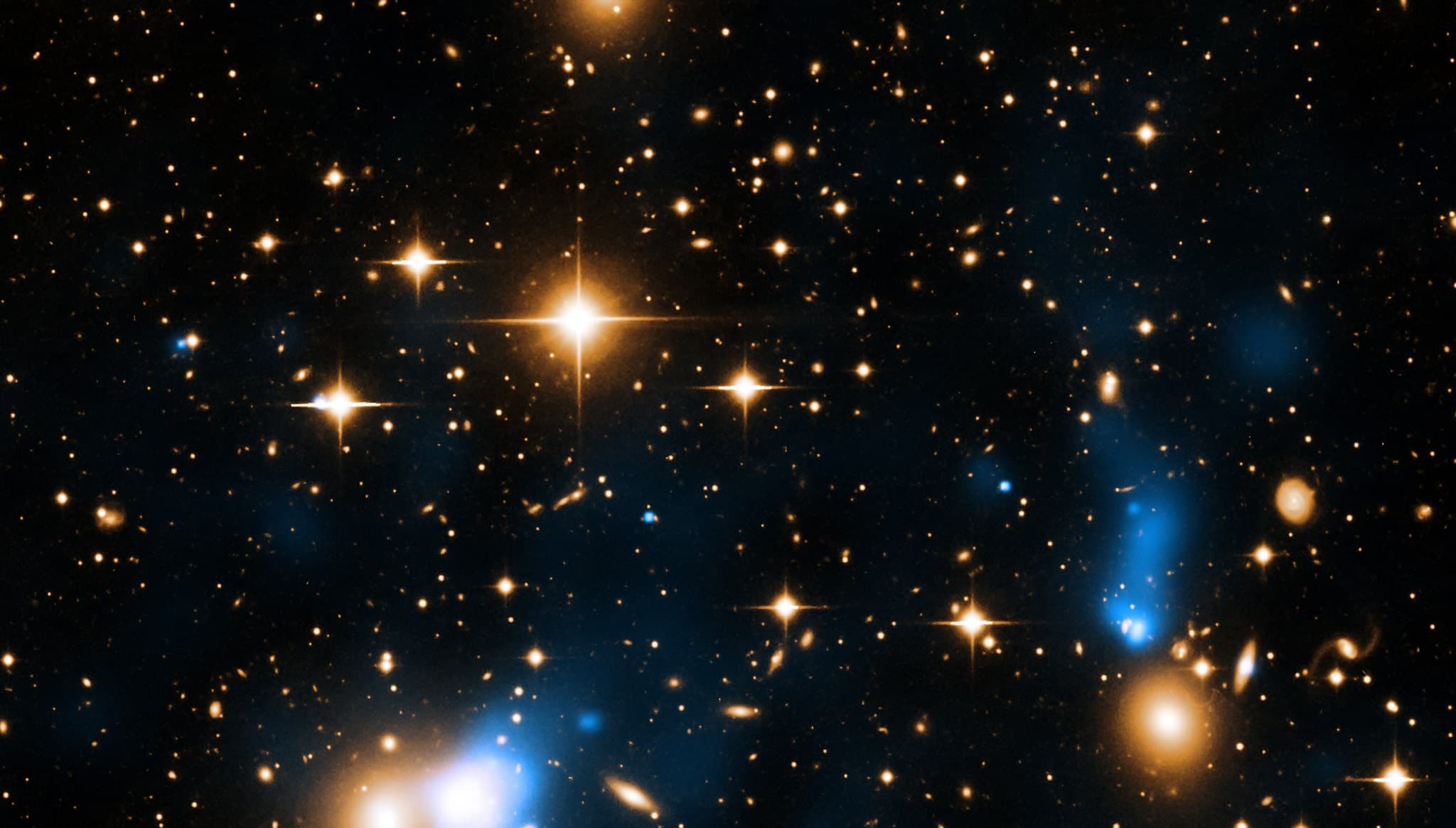 Galaxy clusters are the largest structures in the universe held together by gravity, and they're absolutely enormous. Within each cluster are thousands of galaxies, pools of hot gas, and an abundance of dark matter.

NASA's Chandra X-ray Observatory captured an image of one such cluster with an extraordinary feature: a tail trailing behind it that is far longer than our Milky Way galaxy. How long is that exactly? More than 250,000 light years, making it the largest tail ever detected (the Milky Way is some 100,000 light-year across, for comparison).

The galaxy with the enormous X-ray tail is a member of a galaxy cluster known as Zwicky 8338. At almost 700 million light years from earth, the tail was only visible in Chandra's X-rays because it burns at about ten million degrees.

Researchers believe a galaxy known as CGCG254-021, or perhaps a group of galaxies in combination, plowed through the hot gas in Zwicky 8338. This happened at such high speeds that gas was stripped from Zwicky 8338, staying behind it like a tail.

Hints of a curved shock wave at the front of Zwicky 8338 are similar to a shock wave that is close to galaxy CGCG254-021, supporting the theory that the two interacted.

Chandra and the NSF's Karl Jansky Very Large Array show the galaxy that encountered Zwicky 8338 appears to be moving toward the bottom of the image, with the tail following behind it. There's something unusual about this as well, though.. The gap between the galaxy and the X-ray tail is the largest ever seen.

"The large separation between the galaxy and the tail might be telling us that the gas has been completely stripped off the galaxy," says Thomas Reiprich, co-author of the study and also from Bonn. "In effect, the tail has been cut off from the galaxy."

The research also implied that, among the galaxies in the cluster, CGCG254-021 had the highest rate of stars forming in the recent past. Because gas is depleting from its tail, there is no new evidence for star formation.

What Galaxy Clusters Teach Us

Galaxy clusters "play a critical role in understanding how our Universe evolves," says Gerrit Schellenberger of the University of Bonn in Germany, who led this study. "To understand galaxy clusters we need to understand how galaxies change with time, and these X-ray tails provide an important element."

"This tail is a vivid example of how dynamic galaxy clusters are, as we may be seeing the transformation of a galaxy as it moves through the cluster," said Schellenberger. "Also, the material in the tail includes not only include hydrogen but heavier elements, and could spawn a new generation of stars trailing behind the galaxy."

The researchers hope to pursue a deeper X-ray observation in order to better identify the properties and interaction history of the structures.