Lab Puts Mice in Suspended Animation. Will It Work on Humans?

"Could we really extend lifespan? Is this the way to send people to Mars?" 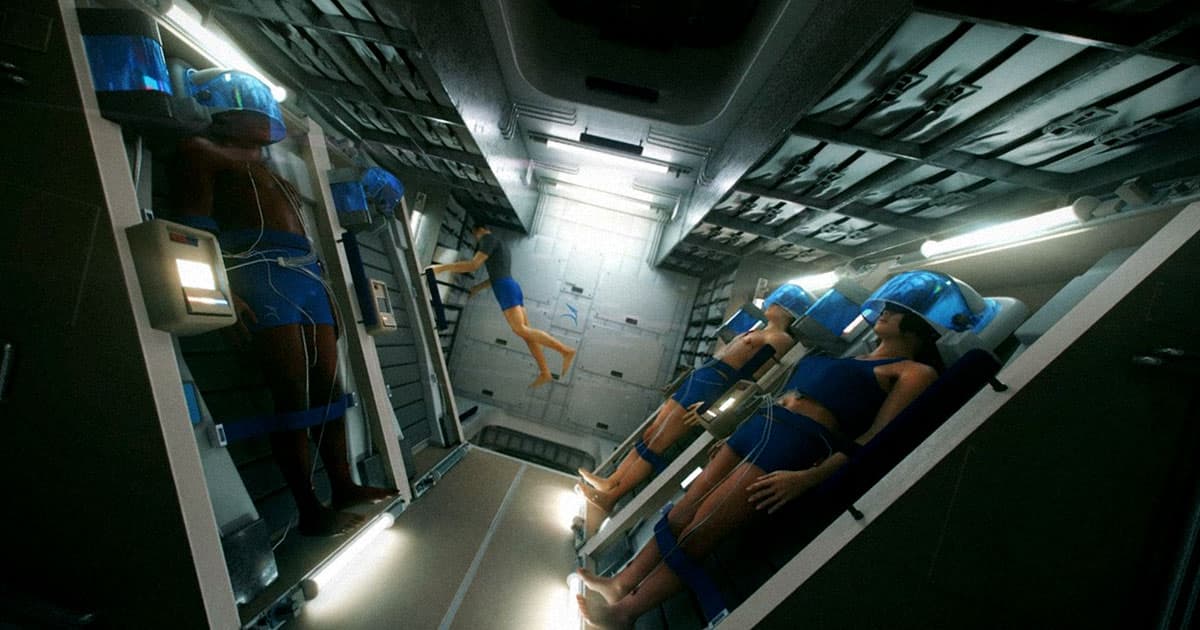 It could take months if not years to travel to faraway planets.

Science fiction has long suggested that for humans to survive such a lengthy and intense journey, their best bet it so be put into a deep sleep state, whether by flash-freezing their vital organs or being put under with a cocktail of drugs.

Such a state of suspended animation is still far off. But that could now be starting to change, thanks to cutting edge research by a team of Harvard scientists.

They were able to put mice into a state of hibernation by stimulating certain neurons in their brains that control hibernation-like behavior. It's the first time such neural circuits have been identified, nevermind activated, according to a statement about the research.

As detailed in a paper published in the esteemed journal Nature today, the researchers describe how certain brain pathways in the hypothalamus were found to be responsible for putting mice into a state of torpor, meaning a "state with a greatly decreased metabolic rate and a body temperature as low as 20 °C."

"In warm-blooded animals, body temperature is tightly regulated," explained co-lead author Senmiao Sun, a graduate student in the Harvard Program in Neuroscience, in the statement. "A drop of a couple of degrees in humans, for example, leads to hypothermia and can be fatal. However, torpor circumvents this regulation and allows body temperatures to fall dramatically."

There are still plenty of unknowns about the state of the mammalian brain while it is in a state of hibernation.

But we're starting to get some significant insights. In an experiment, the researchers found that the state of torpor could be induced by stimulating neurons by adding a chemical compound to certain areas of the brain. A specially designed virus-based tool was able to hone in on individual neuron sites.

Despite the breakthrough, it'll be a while until humans will be able to be put under on their journey to Mars.

"It’s far too soon to say whether we could induce this type of state in a human, but it is a goal that could be worthwhile," study senior author Michael Greenberg, professor and chair of Harvard's Department of Neurobiology, said in the statement.

If they can, though, the possibilities are endless.

"It could potentially lead to an understanding of suspended animation, metabolic control and possibly extended lifespan," Greenberg added.

"The imagination runs wild when we think about the potential of hibernation-like states in humans." study co-lead author Sinisa Hrvatin, instructor in neurobiology at Harvard, said in the statement. "Could we really extend lifespan? Is this the way to send people to Mars?"

Read This Next
Futurism
A Real Life "Hibernation Chamber" is Being Made For Deep Space Travel
More on Off World
Cloud Spotting
2:21 PM on the byte
NASA Needs Your Help Spotting Clouds On Mars
Rolling Coal
Yesterday on futurism
Space Travel Will Absolutely Gut the Environment, Scientists Warn
Carbon-Based
Tuesday on futurism
NASA Rover Finds New Potential Evidence for Ancient Life on Mars
READ MORE STORIES ABOUT / Off World
Keep up.
Subscribe to our daily newsletter to keep in touch with the subjects shaping our future.
+Social+Newsletter
TopicsAbout UsContact Us
Copyright ©, Camden Media Inc All Rights Reserved. See our User Agreement, Privacy Policy and Data Use Policy. The material on this site may not be reproduced, distributed, transmitted, cached or otherwise used, except with prior written permission of Futurism. Fonts by Typekit and Monotype.