"Jurassic Park" Gifts for the Dino Fan in Your Life 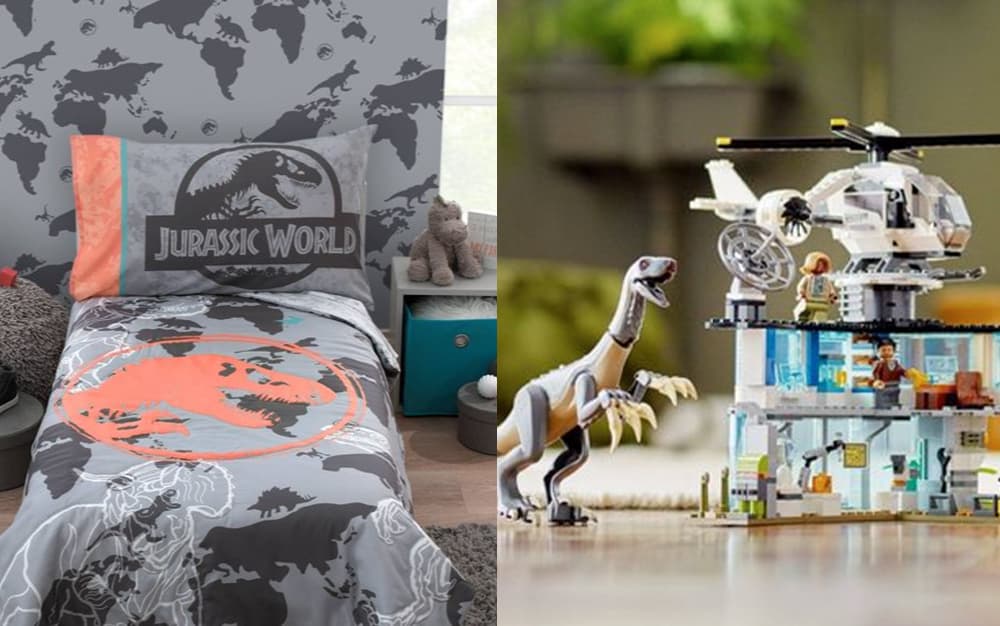 Sure, “Indiana Jones” is good, but do you know what would improve the adventure flick by a mile? A couple of Velociraptors. As far as Spielberg film franchises go, few inspire the passions that “Jurassic Park” does. The 1993 film classic has gotten a revival, introducing yet another generation to the magic of prehistoric reptiles, not to mention man’s hubris when it comes to messing with nature. For the dino-obsessive in your life, here are some must-have “Jurassic Park” gifts.

While many youths go crazy for “Roblox” and “Minecraft,” there’s an underrated set of kid-friendly games: the lauded LEGO series. “LEGO Jurassic World” recounts the adventure of the popular movie, featuring new favorites and old mainstays including Dr. Alan Grant, Ian Malcolm, and more than 20 dinosaur species. Even Lego Steven Spielberg is an unlockable character. Relive the adventure the way it played out in the movie, or make your own new spin with up to 100 unlockable Lego-fied characters. Like all Lego games, it’s fun alone, but an absolute romp with friends and family in local co-op.

Key Selling Point: A high-quality vinyl figurine that’s small, but has enough personality to stand out wherever it's displayed.

At this point, just about every fictional character has its own Funko figure, and most of them tend to run together with the same, hollow-looking face. This Gigantosaurus offering is definitely an outlier: it’s brimming with personality while looking equal parts ferocious and adorable. Each vinyl figure is a little over three-and-a-half inches tall and would look great on a desk, entertainment center, or other nerdy dwelling places.

Key Selling Point: This bedset is cool enough to wow any red-blooded toddler, without being totally tacky.

Dinosaurs are an almost universal part of childhood and in many cases, they are inseparable from the film franchise that made them big again. Forget the racecar bed frame, there’s nothing cooler for a kid than ensconcing themselves in dinos when bedtime rolls around. This attractive bed set is covered in familiar dinos from the movies in shades of gray, white, orange, and aqua. Each set comes with a thick and cozy comforter, fitted bottom and top sheets, and even a reversible pillowcase.

Does the release of “Jurassic World: Dominion” have you rewatching your favorites from the nearly 30-year-old franchise? Help a new generation appreciate the T-Rexes and Velociraptors Michael Crichton brought to the public imagination with the Boys’ "Jurassic World: Fallen Kingdom" Hot Shots T-shirt. The creatures on this T-shirt hearken back to the 2017 film, “Jurassic Park: Fallen Kingdom,” and they display their ferocity and grace in vibrant bright oranges and reds.