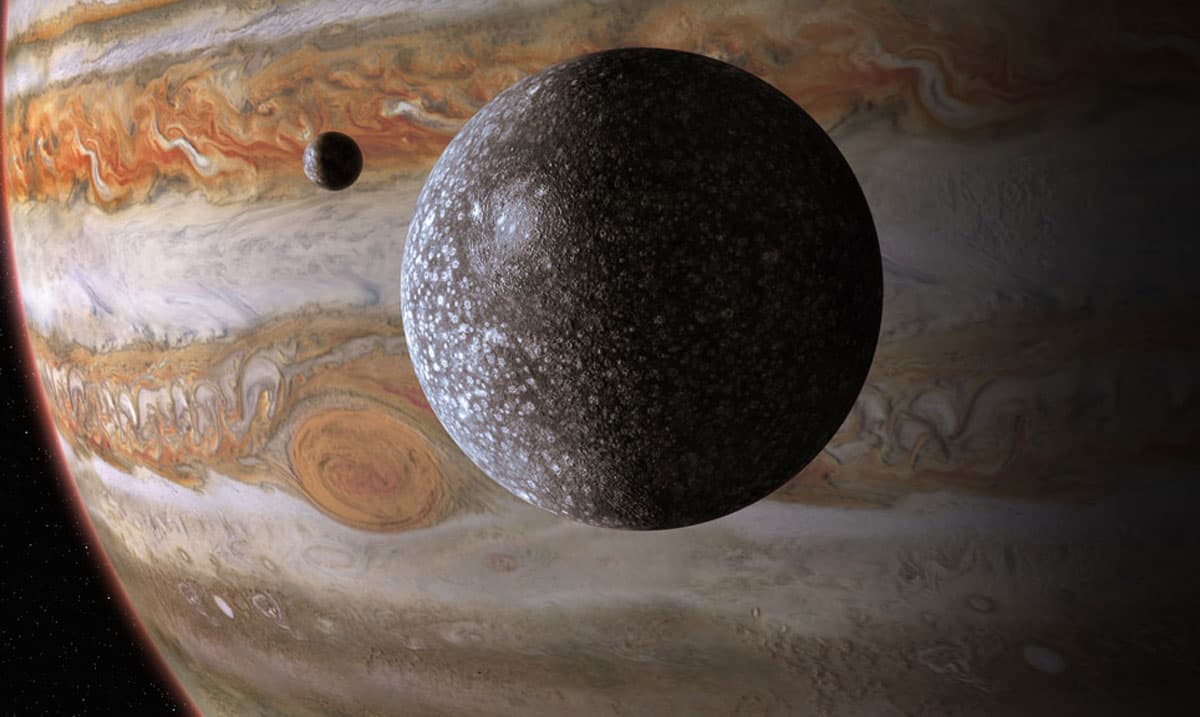 University of Toronto astrophysicists have found that Jupiter may have ejected another planet from the solar system about four billion years ago. Since 2011, scientists have proposed the existence of a fifth giant gas planet that was present at the time of the solar system’s formation, but was pushed out during a close encounter with one of its neighbors. Ryan Cloutier, of the University’s Department of Astronomy & Astrophysics says, "Ultimately, we found that Jupiter is capable of ejecting the fifth giant planet while retaining a moon with the orbit of Callisto."

Planet ejections happen with during close planetary encounters leading to one accelerating so fast that it would break free from the Sun’s gravitational pull. Previous studies into such phenomenon had not considered the effects it would have on a planet’s moons and other minor orbiting bodies. This led to Cloutier’s team looking into moons and orbits of both Jupiter and Saturn, and whether or not those would still have been at the current orbits had their host planet ejected another out of the solar system. The scientists found that Saturn’s Iapetus would have been “excessively unsettled, resulting in an orbit that is difficult to reconcile with its current trajectory" while Jupiter’s Callisto would be able to retain its orbit in such an event.

Read This Next
Outing Life
Swiss Government Scientist Says We May Be on the Brink of Discovering Alien Life
Name Game
NASA May Still Rename James Webb Telescope Over Homophobia Controversy
Search for Life
Former Astronaut Suggests Specific Planet for James Webb to Search for Life
Jupiter Jokesters
Nitwits Claim Wrongly to Have Disproved the Existence of Jupiter
Ganymede Closeup
NASA Spacecraft Takes Gorgeous Pictures of Jupiter’s Largest Moon
More on Off World
Trashing Orbit
Yesterday on the byte
Elon Musk Says SpaceX May Build Starship That Dies on Purpose
Cat and Mouse
Yesterday on the byte
SpaceX to Launch "Hunter" Satellites for Targeting Rival Spacecraft
Space In Space
Yesterday on the byte
NASA Official Admits There's a Bit of an Issue on the Space Station
READ MORE STORIES ABOUT / Off World
Keep up.
Subscribe to our daily newsletter to keep in touch with the subjects shaping our future.
+Social+Newsletter
TopicsAbout UsContact Us
Copyright ©, Camden Media Inc All Rights Reserved. See our User Agreement, Privacy Policy and Data Use Policy. The material on this site may not be reproduced, distributed, transmitted, cached or otherwise used, except with prior written permission of Futurism. Articles may contain affiliate links which enable us to share in the revenue of any purchases made.
Fonts by Typekit and Monotype.