Jake Gyllenhaal Is Right: We're Showering Way Too Much

Should we all be "waiting for the stink?" 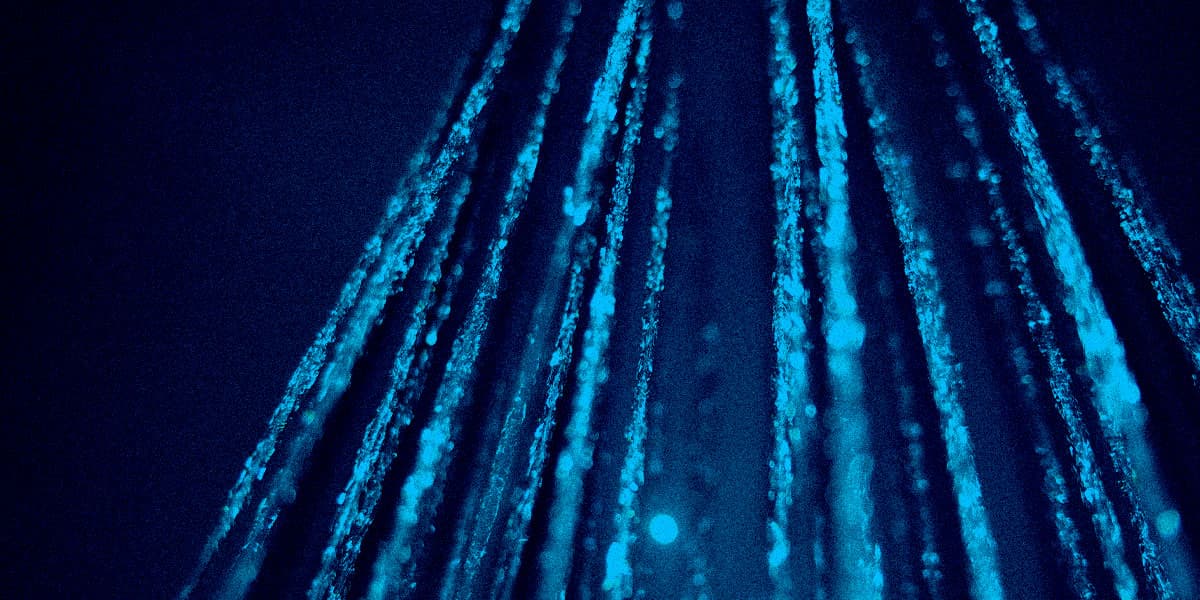 Jake Gyllenhaal has become the latest celebrity to shun our water-wasting shower habits.

In a new interview with Vanity Fair, the movie star admitted that "more and more I find bathing to be less necessary, at times."

"I do believe, because Elvis Costello is wonderful, that good manners and bad breath get you nowhere," he added. "So I do that. But I do also think that there’s a whole world of not bathing that is also really helpful for skin maintenance, and we naturally clean ourselves."

While Gyllenhaal didn't express any specific concerns over the world's current and future problems with water scarcity — which are already impacting Hollywood's home on the west coast — the topic is more pertinent than ever.

Climate change is ravaging the globe, triggering megadroughts. The trend is only getting worse, with experts predicting far more droughts and floods in coming years.

Even Wall Street is starting to bet on water futures.

In the face of all that, Americans take eight minute showers on average, using about 2.5 gallons of water per minute, according to the Environmental Protection Agency. All told, Americans use an estimated one trillion gallons of water a year just on showering.

Having to heat the water only adds to the problem, using considerable amounts of energy.

So what should we do about it? Celebrities are starting to speak out and say that maybe — just maybe — we're bathing too frequently.

Gyllenhaal's comments echo the sentiments of other A-listers.

Just last week, Hollywood power couple Mila Kunis and Ashton Kutcher discussed their own bathing habits. On a recent episode of the podcast "Armchair Expert," hosted by actor Dax Shepard, the couple announced they only bathe their children when "you can see dirt on them."

"Otherwise there's no point," Kutcher added. "I wash my armpits and my crotch daily, and nothing else ever," he told Shepard. "I got a bar of Lever 2000 that delivers every time."

Shepard's wife, acclaimed actor Kristen Bell, also said on a recent episode of The View that she is a "big fan of waiting for the stink" before the couple bathes their two children.

The comments triggered a massive discussion surrounding personal hygiene on social media, with most pundits deriding the remarks and posting memes of children covered in dirt. Tabloids filled with headlines condemning the actors' hygiene habits as "gross."

In reality, there's plenty of evidence that showering too much is not only bad for the environment but risky for our health as well.

Studies have shown that pampering our bodies daily with a range of chemicals and products can lead to our skin's natural defensive mechanisms being eroded over time.

The bottom line: spending time in nature, particularly when we're young, can help our body's microbiomes develop in healthy ways — especially when that means we have to "wait for the stink."

To be sure, Hollywood actors coming out and saying they are showering less makes for catchy headlines. And while many of them may claim it's because of their skincare routine, that doesn't take away from the fact that showering less has plenty of other positive side effects as well.

It's a win-win. Unnecessary showers are wasteful. Taking our skincare routines down a notch — while practicing excellent hand washing habits, of course — can not only benefit our own health but also send less water to treatment plants and waste less energy.

So maybe we should all just take a page out of Bell's book and wait for the stink.

More on showers: Wall Street Is Now Betting on the Future of Water Supplies

Read This Next
Futurism
Florida Finally Updates Water Regulations, Allow More Toxins in Water
More on Earth & Energy
The Dos and Do-Do...
1:59 PM on the byte
Startup Backed By "Jurassic World" Producer Says It Will Revive Extinct Dodo Using Complete Genome
Shark Smile
Yesterday on the byte
Influencer Fined for Eating Endangered Great White Shark
Imagine Dragons
Monday on the byte
Miners Say "Sorry" for Losing Highly Radioactive Object Along Highway
READ MORE STORIES ABOUT / Earth & Energy
Keep up.
Subscribe to our daily newsletter to keep in touch with the subjects shaping our future.
+Social+Newsletter
TopicsAbout UsContact Us
Copyright ©, Camden Media Inc All Rights Reserved. See our User Agreement, Privacy Policy and Data Use Policy. The material on this site may not be reproduced, distributed, transmitted, cached or otherwise used, except with prior written permission of Futurism. Articles may contain affiliate links which enable us to share in the revenue of any purchases made.
Fonts by Typekit and Monotype.