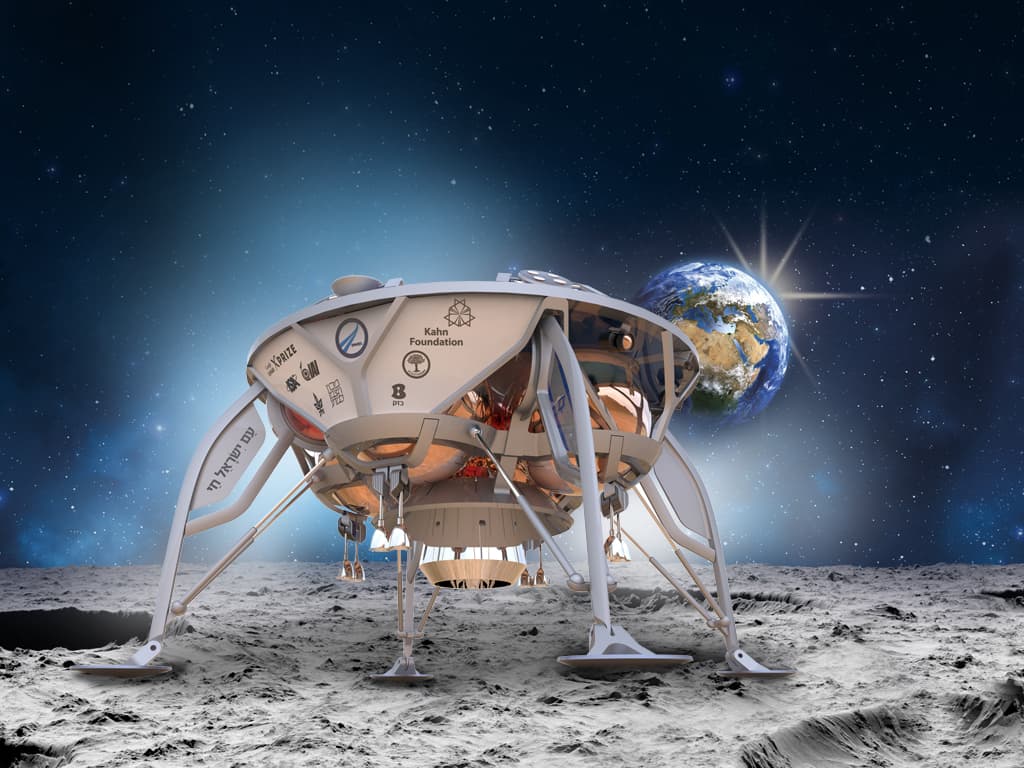 New space race is on

At a press conference October 7 in Jerusalem, SpaceIL, an Israeli non-profit organization, announced a major breakthrough in its race to the moon. It has inked an agreement with Spaceflight Industries for the use of a SpaceX Falcon 9 launcher for a moon mission scheduled for the second half of 2017. With this development, SpaceIL becomes the first among 16 teams to produce a verified launch contract in the US$30 million Google Lunar XPRIZE competition. In attendance during the conference were no less than Israeli President Reuven Rivlin, and Bob Weis, vice Chairman and president of XPRIZE. “The magnitude of this achievement cannot be overstated, representing an unprecedented and monumental commitment for a privately-funded organization, and kicks off an exciting phase of the competition in which the other 15 teams now have until the end of 2016 to produce their own verified launch contracts. It gives all of us at XPRIZE and Google the great pride to say, ‘the new space race is on!’ ”, said Weis. To win in the competition it is required that a privately funded team successfully land an unmanned spacecraft on the moon, travel at least 500 meters on the lunar surface and send HD images and video back to Earth, before the mission deadline of December 31, 2017.

SpaceIL targets to accomplish not only the first Israeli lunar mission, but also the world’s first private mission to the moon."Only three countries have ‘soft-landed’ a rover on the surface of the moon: the United States, the former Soviet Union, and China. Now the notion of the small state of Israel being added to this exclusive list looks more promising than ever,” said SpaceIL CEO Eran Privman. He added: “Last year we made significant strides toward landing on the moon, both in terms of project financing and in terms of the engineering design and now, we are thrilled to finally secure our launch agreement.  This takes us one huge step closer to realize our vision of recreating an ‘Apollo effect’ in Israel: to inspire a new generation to pursue Science, Engineering, Technology, and Math (STEM).” While only global superpowers with billion-dollar space programs have made it to the moon, SpaceIL intends to show that lunar missions, or space explorations for that matter, can be realized on a relatively tiny budget by any private organization or small country.

Read This Next
Futurism
SpaceX Launches Geosynchronous Satellite And Lands on Ocean Barge...Again
Futurism
China wants to begin manned deep space missions
More on Off World
Exoplanet Dance
6:32 PM on the byte
Scientist Releases Amazing Video of Exoplanets Orbiting Distant Star
Space Junk News
5:06 PM on the byte
Two Large Chunks of Space Debris Just Almost Collided in an Epic Disaster
Mars Drop
2:16 PM on the byte
NASA's Mars Rover Perseverance Just Dropped Off Its Last Sample
READ MORE STORIES ABOUT / Off World
Keep up.
Subscribe to our daily newsletter to keep in touch with the subjects shaping our future.
+Social+Newsletter
TopicsAbout UsContact Us
Copyright ©, Camden Media Inc All Rights Reserved. See our User Agreement, Privacy Policy and Data Use Policy. The material on this site may not be reproduced, distributed, transmitted, cached or otherwise used, except with prior written permission of Futurism. Articles may contain affiliate links which enable us to share in the revenue of any purchases made.
Fonts by Typekit and Monotype.