Yes, $65 Can Buy You an Actual Invisibility Shield on Kickstarter

Just wait until you can pair it with the Marauder's Map. 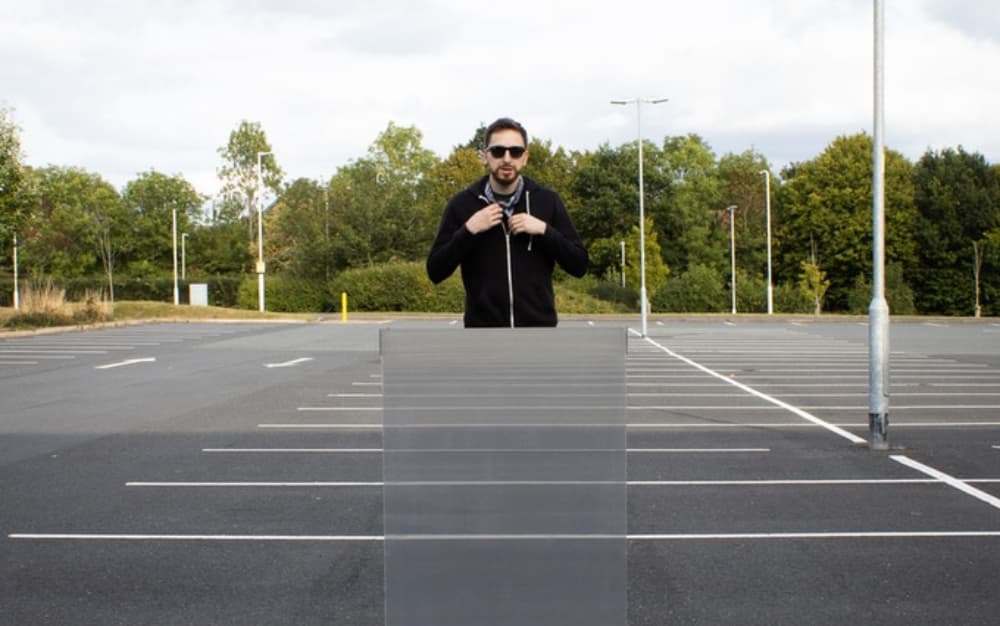 Technology has made a lot of science fiction into a reality, but the Invisibility Shield Company (yeah, we know) claims to have made 25 "fully functional" invisibility shields, and has launched a Kickstarter campaign to create more.

Prices start at $65.13 for a small size (12.2 inches tall x 8.27 inches wide) and $389 for a full size (37.4 inches tall x 25.59 inches wide). Over 1,300 people have signed up to get a slice of the future, and the campaign has smashed through its initial $6,534 goal, raising over $279,000 at the time of this writing. There are very few full-sized invisibility shields left (Invisibility Shield Company has only committed to making 340), but you'll still be able to snag a small size shield for the time being. This campaign is running for another 33 days, and given the press it's getting, we wouldn't be surprised if it smashes the $1 million dollar threshold.

If you're okay with taking the plunge, here's what you need to know about what Invisibility Shield Company has to offer. Its shields diffuse light using a set of vertically oriented lenses, so what the observer sees is actually a reflection of objects to the left and right of you instead of what's directly in front of them. The company admits that this effect looks best when the shield is used in an area with a "uniform background" like foliage, sand, the sky, or asphalt, so what you see on the shield looks consistent with the area around you.

The shields themselves are made out of durable, 100 percent recyclable materials, and will be shipped in 100 percent recyclable cardboard boxes. Invisibility Shield Company says the material its chosen for its shield is typically used for marine applications, and can handle exposure to heat and ultraviolet rays. It's meant to be used outside, so it shouldn't chip, crack, or shatter easily. Invisibility Shield Company has also committed to creating this product in a facility that will recycle 98 percent of the waste and offcuts on site.

Backing any Kickstarter campaign comes with an element of risk. There's a chance the company won't be able to produce the product they're making up to the level of quality they've promised, if at all. In the name of transparency, Invisibility Shield Company has outlined the biggest risk for potential backers: High volumes of orders may overwhelm the production facility they're currently working with, and necessitate finding a new one. That'll take time, and may delay the fulfillment and shipment of your order.

Invisibility Shield Company originally projected that its shields would ship in December of 2022, but don't be shocked if that date slides into the first half of next year. Still, getting a functioning invisibility shield for under $100 is quite the bargain, and likely worth the wait. We'll try to get our hands on one for additional invisible updates whenever possible.