Hyperloop One Optimistic Over Helsinki-Stockholm Track

We may soon be seeing Hyperloop in European shores.

While Hyperloop technology is still hitting dead ends in the United States, it seems to have far better chances in Europe. In fact, they’re starting feasibility checks as we speak.

An accounting firm has just made public pre-feasibility studies that give an optimistic picture of a Hyperloop One implementation linking Helsinki and Stockholm.

The report determined the expected capital cost of the project, which totaled 19 billion euros. That includes tube, track, civil engineering, vehicles, allowances for risk, overhead, and project delivery costs. A large share of that cost, 3 billion euros, is earmarked to build one of the world’s longest marine tunnels through the Aland archipelago.

This project entails constructing a Hyperloop system from the Finnish capital of Helsinki to the coastal city of Torku. On the Swedish side, a Hyperloop from Stockholm to a station in the municipality of Norrtalje woulc be constructed. Both could then be linked by a station in the middle of the ocean, in the Aland Islands. 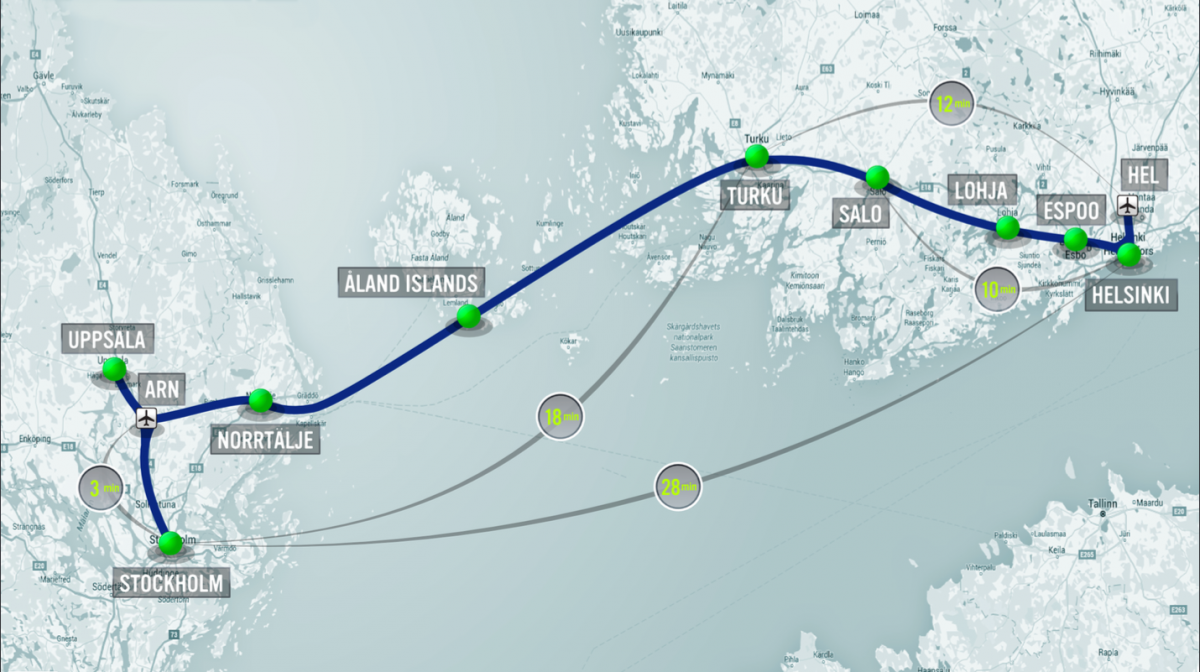 Helsinki to Stockholm in 30 Mins

But the benefits of such a system certainly do entice. Using Hyperloop technology, passengers (or cargo) could get from Helsinki to Stockholm in less than 30 minutes, compared with 3.5 hours via the airport, or overnight by a ferry. Trips to Helsinki and Stockholm’s airports from city centers would be slashed to less than 10 minutes.

The end result would be a Baltic Super Region, provided that a system to connect Estonia could also be implemented. An entire region of some 5 million people would become a metro network, lifting property values and productivity along the route.

Annual revenue and operating profit for the entire 500-km system is projected at 1 billion euros and 814 million euros, respectively, based on forecasts of 42.7 million passenger trips a year at an average ticket price of 25 euros. And this figure would not include the economic prosperity induced by such as system.

Hyperloop One is aiming to demonstrate a full-scale, high-speed test of its track, vehicle, and controlled-environment tube as soon as late 2016 or early 2017.

All the Rage in Sweden: Embedding Microchips Under Your Skin

The Hyperloop Was Around Long Before Elon Musk