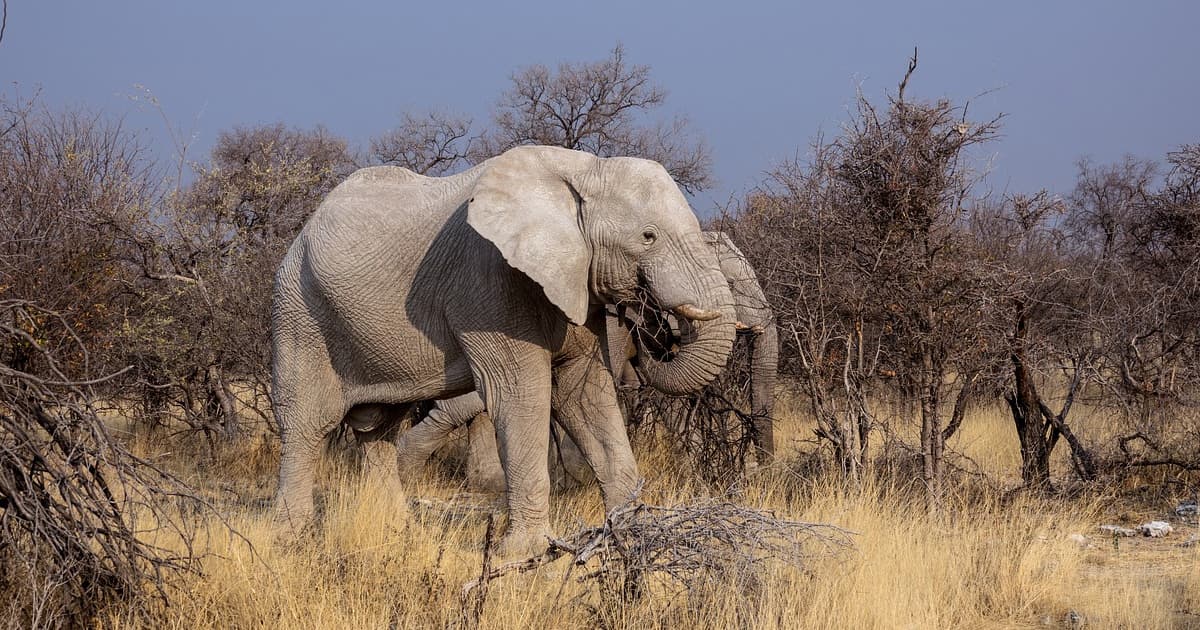 Image by Image via NeedPix

Earlier this year, conservationists in Botswana came across something gruesome: hundreds of elephants were dropping dead — and details are slowly emerging about the horrific scene.

Two flights over the Okavango Panhandle, a lush river delta, confirmed that about 356 elephants had mysteriously died, as The New York Times reported at the time. They could rule out poachers, as all their tusks were still intact.

"Elephants began dying in huge numbers in early May and the government would normally respond within days to an event of this scale," director of conservation group National Park Rescue, Mark Hiley, told the Associated Press in July. "Yet here we are, months later, with no testing completed and with no more information than we had at the start."

Hiley also called it "one of the biggest disasters to impact elephants this century, and right in the middle of one of Africa’s top tourism destinations."

The bacteria can grow naturally in standing water. Given enough time, they can bloom into algae on a larger scale. Scientists warn that climate change could end up making these events more likely in the future.

"Our latest tests have detected cyanobacterial neurotoxins to be the cause of deaths," Department of Wildlife and National Parks' Principal Veterinary Officer Mmadi Reuben told reporters on Monday, as quoted by the BBC.

Reuben also noted that those puddles likely dried up towards the end of June.

"We have many questions still to be answered such as why the elephants only and why that area only," Reuben added. "We have a number of hypotheses we are investigating."

More on elephants: US Quietly Allows Import of Some Elephant Trophies

Read This Next
Remember Donald?
Donald Trump Goes on Bizarre Rant Against Electric Cars
Dry Dock
The Top 13 Wildest Objects That Terrible Droughts Have Revealed
Harambe 2.0
Freya the Boat-Climbing Walrus Euthanized Because of Stupid Humans
Bad Spill
Scientist Warns That a Huge Tanker Is Probably Going to Spill a Million Barrels of Oil Into the Ocean
Watery Graves
The Ocean Is Losing Oxygen. This Scientist Says More "Dead Zones" Will Soon Follow.
More on Earth & Energy
Dishonorable Disc...
Yesterday on the byte
Scientists Alarmed by Video of Deep Sea Mining Company Spewing Waste Into Ocean
Save Yourselves
Feb 5 on the byte
Furious Marsupial So Thirsty For Sex That It’s Dying, Scientists Warn
Stem Ware
Feb 3 on the byte
Scientists Discover World's Oldest Preserved Vertebrate Brain
READ MORE STORIES ABOUT / Earth & Energy
Keep up.
Subscribe to our daily newsletter to keep in touch with the subjects shaping our future.
+Social+Newsletter
TopicsAbout UsContact Us
Copyright ©, Camden Media Inc All Rights Reserved. See our User Agreement, Privacy Policy and Data Use Policy. The material on this site may not be reproduced, distributed, transmitted, cached or otherwise used, except with prior written permission of Futurism. Articles may contain affiliate links which enable us to share in the revenue of any purchases made.
Fonts by Typekit and Monotype.