Computing at the speed of light has never been more literal. 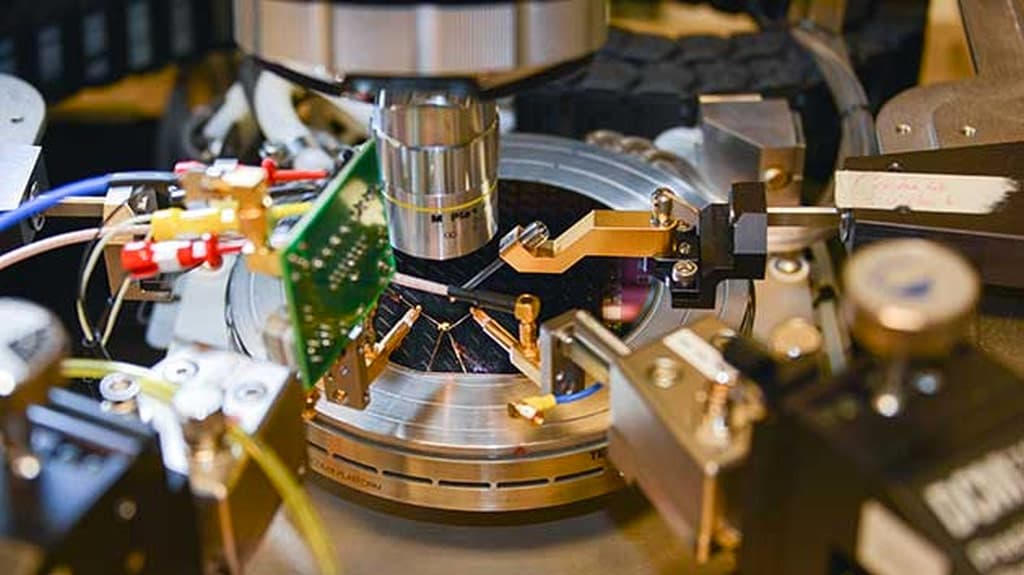 Hewlett Packard Enterprise (HPE) successfully tested an ambitious new model that challenges how computing is done today. In a press release, HPE announced that it successfully tested a proof-of-concept computing architecture that's memory-driven. As HPE explains, it is  "a concept that puts memory, not processing, at the center of the computing platform to realize performance and efficiency gains not possible today."

The prototype was developed as part of The Machine, HP's computer of the future, leading the company's efforts to revolutionize the fundamental architecture by which all computers have been built in the past 60 years.

The proof-of-concept prototype was able demonstrate how computer nodes sharing a pool of Fabric-Attached Memory, speedy photonics/optical-based communication data links, and a customized software can make it all work. Simulations suggested that a memory-driven computing (MDC) system can be "multiple orders of magnitude" faster than conventional PCs — faster by 8,000 times, in some cases.

The Future of Computing

"With this prototype, we have demonstrated the potential of Memory-Driven Computing and also opened the door to immediate innovation," said Antonio Neri, Executive Vice President and General Manager of the Enterprise Group at HPE. And the potential is indeed huge. The technology can greatly enhance the performance of servers and other higher-end computers, as HPE intends to use it. But it can also trickle down into versions that can even improve Internet of Things (IoT) devices.

Improving the IoT has been one of the objectives of developing The Machine. However, as exciting as it is,  the tech still needs to be made practical. Non-volatile memory, which is crucial for an MDC system, is still to expected to come sometime in 2018 or 2019.

Still, the proof-of-concept works, and that is what's important. Everything else, at this stage, will simply be a matter of making it real. Soon, when we consider buying computers, we may be looking at the memory specs of devices more than their processing power.

Read This Next
Going Wireless
Hackers Took Over a Subdomain of Wired.com for Several Months and Replaced It With Sleazy Online Casino Content
Heating Up
Employees at TikTok Apparently Have a Secret Button That Can Make Anything Go Viral
Nothing's Real Anymore
JPMorgan Says Startup Tricked It Into an Acquisition by Cooking Up Millions of Fake Users
Enemy Mine
Elon Musk Now Denies That His Family's Emerald Mine Existed, In Spite of Previously Bragging About It
Sounding Off
Adult Performers React to Law Requiring Photo ID to Watch Online Porn
More on Future Society
Gas Giant
5:25 PM on the byte
Journalist Eats Lab-Grown Chicken, Gets "Weirdly Gassy"
Musk Rats
Yesterday on the byte
Twitter Is Quietly Re-Suspending the Lunatics Elon Musk Let Back On
Spreadsheet Guy
Tuesday on the byte
Sam Bankman-Fried Posts Excel Docs That He Says Shows Nothing Was His Fault
READ MORE STORIES ABOUT / Future Society
Keep up.
Subscribe to our daily newsletter to keep in touch with the subjects shaping our future.
+Social+Newsletter
TopicsAbout UsContact Us
Copyright ©, Camden Media Inc All Rights Reserved. See our User Agreement, Privacy Policy and Data Use Policy. The material on this site may not be reproduced, distributed, transmitted, cached or otherwise used, except with prior written permission of Futurism. Articles may contain affiliate links which enable us to share in the revenue of any purchases made.
Fonts by Typekit and Monotype.