After Years of Searching, I Finally Found Wireless Earbuds That Fit Perfectly

The Redemption 2 ANC Earbuds sound and look great, too. 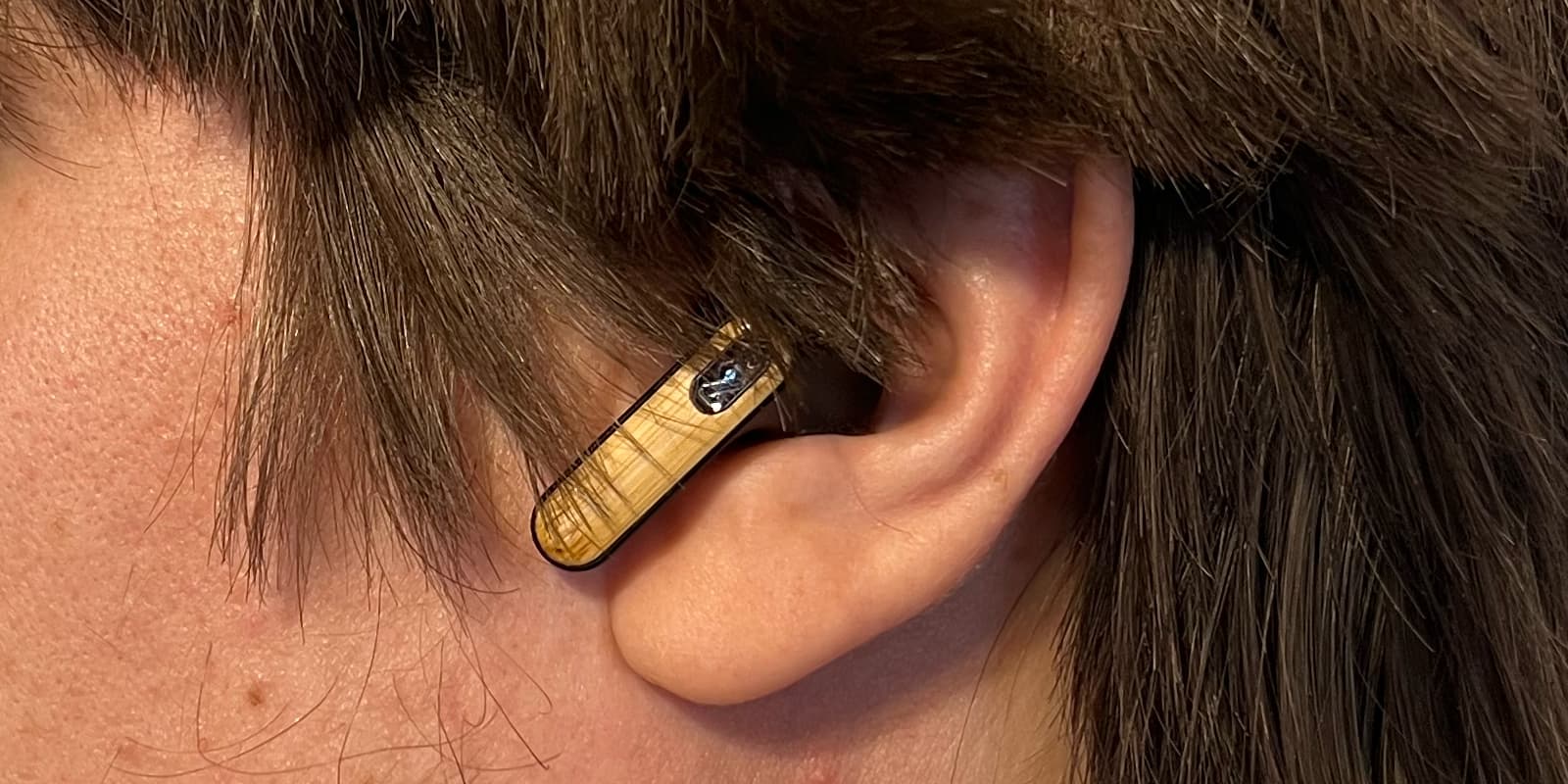 I've been reviewing audio equipment for six years, and House of Marley's Redemption 2 ANC earbuds finally solved my biggest issue with gummy-tipped earbuds: fit. The Redemption 2 ANCs stayed in my ears more consistently than the top-tier earbuds from Sony, Bang & Olufsen, Sennheiser, and even Apple's AirPods Pro. Oh, did I also mention they're made from sustainable materials?

The Redemption 2 ANC earbuds is the latest piece of gear released by House of Marley, a company founded with the support of Bob Marley's estate. Its aim is to create high-end audio gear made (in part) from bamboo, sustainably sourced wood, and recycled aluminum, silicon, and plastic. It's a noble cause — especially for the tech industry — and the earbuds I tested featured the materials I mentioned, plus they arrived in 100 percent plastic-free recyclable packaging.

My first impression of the Redemption 2 ANC earbuds was with its case, which has a speckled look and almost linen-like feel. It's markedly different from the countless true wireless earbuds cases I've felt in the past, and I appreciated the contrast. The case has the House of Marley logo on top, a USB-C port for charging on the bottom, and four LEDs that light up to let you know how much battery it has left. It may sound silly to discuss an earbuds battery case, but you're going to pick it up and open it several times per day, so the way it feels is important. You'll have no problem identifying it in a pocket with car keys and other accessories.

Setting up the House of Marley Redemption 2 ANC was thankfully pretty easy. The earbuds entered their Bluetooth-pairing mode when I took them out of their case, and they were instantly recognized with my iPhone. I also paired them with an iPad and MacBook Pro, and the process went just as smoothly. Once the earbuds are paired with a device, they'll immediately connect to it when you take them out of their battery case. I've had issues with true wireless earbuds taking 10 seconds to connect to my iPhone, but that wasn't the case here. The Redemption 2 ANCs would always connect immediately. Once they were ready to go, I started listening to music, and immediately liked what I heard. The competition in the true wireless earbud market is ferocious, but the Redemption 2 ANCs perform very well for a pair that costs less than $200.

I listened to a mix of pop, classic rock, jazz, and live acoustic music during my time with the Redemption 2 ANCs, and the earbuds never let me down. They revealed a fair amount of depth in the music I listened to — I could hear Eric Clapton’s fingers hitting the strings of a guitar during his MTV Unplugged set, for instance — and I never had to strain to hear different elements of a song.  Lesser earbuds would compress a song's sound into a homogenous mess, but I could always hear each individual instrument and the vocalist(s) on a track without a problem. Earbuds are at a natural disadvantage when compared to on-ear or over-ear headphones because there's less space for audio equipment like drivers (the part of headphones or speakers that creates sound), but I didn't notice much when listening to music on the Redemption 2 ANCs. The earbuds will also help you discern which podcasts you listen to are recorded on premium equipment, as you'll be able to tell the difference in microphone quality very quickly.

I've always had a love-hate relationship with gummy-tipped earbuds because I like their portability, but hate how they fit in my ears. Many days, you can see me walking down the streets of New York City fiddling with my earbuds every couple of blocks. It's not a good look. I never had that issue with the Redemption 2 ANCs. Their slightly elongated buds sat on the inside ridges of my ears, and stayed put. Not even running and head banging could dislodge them. This feature alone makes the Redemption 2 ANCs worth recommending for earbud skeptics, even over the AirPods Pro. House of Marley includes multiple sizes of eartips in the Redemption 2 ANCs' (sustainable) box, so find the set that fits most comfortably, and you're off to the races.

The Redemption 2 ANCs' namesake feature is active noise cancellation, and I found its performance in this area to be pretty solid. The earbuds wouldn't block out all the noise from a New York City subway car, or vehicles honking on the street, but they fared better indoors. If you share an office space with coworkers or cohabitants, the Redemption 2 ANCs will help you tune them out whether you choose to listen to music or not. Listening to music at a volume level of 50 percent or above should block out moderately loud conversations taking place around you. The Redemption 2 ANCs aren't going to dethrone Sony's WH-1000X4s in the noise-cancellation-quality championship, but they hold their own. If you travel often and want a pair of true wireless earbuds available for well under $200, you're sure to be satisfied.

House of Marley says the Redemption 2 ANCs get up to six hours of music playback per charge, but I found that figure to be a little conservative. If you listen at low to moderate volume levels, and only turn on active noise cancellation when you need it, you should be able to get an extra half an hour out of the earbuds. By contrast, listening to music as loudly as possible with active noise cancellation turned on 24/7 will drain their battery more quickly. I found myself charging these earbuds once a week when listening to music or podcasts for a couple of hours per day, and that was only to make sure the earbuds' battery case stayed fully charged. If you're used to suffering from battery anxiety when using true wireless earbuds, the Redemption 2 ANCs may change your tune.

I was generally very impressed with these earbuds, and was only let down by the barebones House of Marley app. The software is entirely optional, but does allow you to tweak the earbuds' EQ to tune them to your preference. I switched between the House of Marley "signature" EQ and a totally flat EQ during my tests. While I was happy to have the feature, I felt the app was a little too basic compared to other headphone companion apps from bigger companies. This would be more of a complaint if the House of Marley app was required to use the Redemption 2 ANCs, but I was still mildly disappointed.

In a world full of true wireless earbuds that look the same, feel the same, and in some cases sound the same, the House of Marley Redemption 2 ANCs feel like a breath of fresh air. Their audio quality is very good for their price, and the bamboo strip going down the stem of both buds stands out — in a good way. If you're in the market for a pair of true wireless earbuds under $200, and count active noise cancellation and a perfect fit among your requirements, we can unequivocally recommend House of Marley's Redemption 2 ANC earbuds.