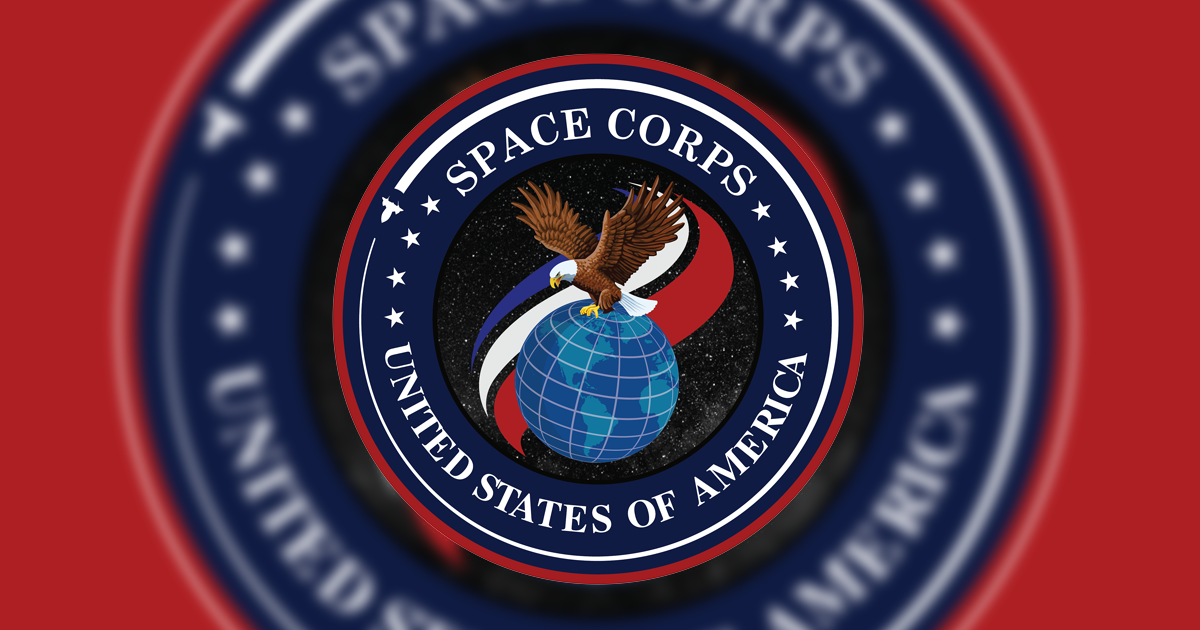 The United States appears on track to get a Space Force — or a Space something, at least.

On Wednesday morning, the House Armed Services Committee (HASC) began debating and revising the 2020 National Defense Authorization Act, the legislation that sets the military's defense policies and budget for the year.

Before the end of the 21-hour-long session, they decided that the U.S. does need a new military branch focused on protecting its interests in space — but that it should be called the Space Corps instead of the name President Donald Trump wanted: Space Force.

The name change came as part of an amendment presented by Strategic Forces Subcommittee chairman Jim Cooper (D-Tenn) and Rep. Mike Rogers (R-Ala.) and approved unanimously by the panel.

Per the amendment, a 4-star commandant appointed by the President and confirmed by the Senate will lead the Space Corps, which will be nestled under the Department of the Air Force. Its purpose will be to "protect the interests of the United States in space; deter aggression in, from, and to space, and conduct space operations."

"It is not a $13 billion expenditure, a gold-plated plan like had been proposed to us by the secretary of the Air Force," Cooper told The Washington Times. "It is instead a reorganization so that space professionals can be properly recognized for their skill and ability and promoted."

The Senate version approves the creation of a Space Force, so at some point, members of Congress will need to reconcile the language difference between the two NDAAs.

But semantics aside, one thing appears clear: U.S. lawmakers recognize space as a military battleground of the future.

More on space warfare: New Book: The US Is in a “Shadow War.” Space Is the Battlefield.

Read This Next
Rain Check
Military Satellite Launch Delayed After Fuel Leak
Space Case
Gov Shutdown Means 95 Percent of NASA Employees Aren't At Work
Space Force
Trump Signs Order to Create a U.S. Space Command
Futurism
Creating a Space Force Could Trigger an Off-World Arms Race
Futurism
The US May Soon Have The World’s First Space Force
More on Off World
TMNT
Yesterday on the byte
Chunky Turtle Spotted Near NASA's Mega Moon Rocket
Cloud Spotting
Thursday on the byte
NASA Needs Your Help Spotting Clouds On Mars
Rolling Coal
Wednesday on futurism
Space Travel Will Absolutely Gut the Environment, Scientists Warn
READ MORE STORIES ABOUT / Off World
Keep up.
Subscribe to our daily newsletter to keep in touch with the subjects shaping our future.
+Social+Newsletter
TopicsAbout UsContact Us
Copyright ©, Camden Media Inc All Rights Reserved. See our User Agreement, Privacy Policy and Data Use Policy. The material on this site may not be reproduced, distributed, transmitted, cached or otherwise used, except with prior written permission of Futurism. Fonts by Typekit and Monotype.