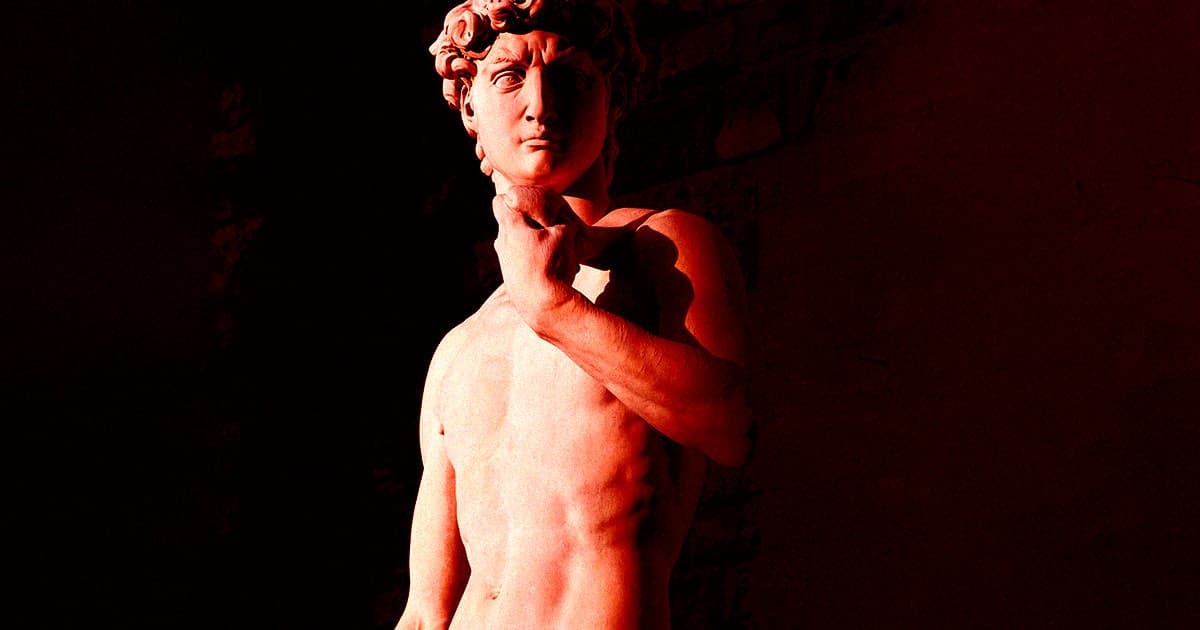 Researchers looking into the interplay between hormones and ethics discovered something that will shock nobody who dates men: that those with high testosterone levels end up being bigger jerks.

As PsyPost reports, a recent study out of HEC Montréal complicates previous research associating high T-levels with business success by linking the hormone with unethical behavior in sexual scenarios — or, in the popular lexicon, comportment that might be characterized by the word "fuckboy," which refers to often-promiscuous men who treat the women they date as disposable.

The Canadian researchers' study focused on 83 men and 91 women who were asked to provide saliva samples — to test testosterone levels — and answer a series of questions, first about how they felt when romantically pursuing someone of the opposite sex who was also being pursued by someone else of their same sex, followed by questions about ethics such as how comfortable they felt "taking some questionable deductions on your income tax return" or "having an affair with a married man/woman."

Published in the British Journal of Psychology, the resulting study found that a positive correlation between high testosterone levels and willingness to engage in unethical behavior when it came to "intrasexual competition," the psychobabble term for when two or more men are vying for one woman's attention.

Interestingly, the correlation between testosterone and unethical behavior wasn't found for the men in the control section of the studies (who were asked about their laundry preferences) or for women in either the control or variable sections.

While the GEC Montréal study doesn't focus on the way these (presumable heterosexual or bisexual) men treat the women in question, the concept that men will behave more aggressively and less ethically when trying to "win" a woman is, in this reporter's book, classic fuckboy behavior.

The jury's still out, however, about whether high T-levels are related to being incapable of returning a text message.

More misogyny: Study: Turns Out People Are Sexist To Female Robots Too

Read This Next
VR About It
Flirting With a VR Hottie Might Help People Avoid Cheating, Experiment Finds
You Don't Say!
Smearing Testosterone on Men Makes Them Into Horny Beasts, Scientists Find
One Weird Trick
Scientists Have a Hack for Having More Sex in Long-Term Relationships
Biggest Loser
Scientists Are Studying The Psychology of "A**holes"
Hubris Squad
Men Consistently Overestimate Their Own Intelligence, Scientists Find
More on Studies
Bone To Pick
Jan 17 on neoscope
Dick Pills May Be Linked to Lowered Risk of Heart Attack, Scientists Say
Space Melter
Jan 8 on neoscope
A Brief List of Horrifying Things Space Travel Does to the Human Body
Male Pattern Swee...
Jan 3 on neoscope
Scientists Link Male Pattern Balding to Wildly Popular Beverage
READ MORE STORIES ABOUT / Studies
Keep up.
Subscribe to our daily newsletter to keep in touch with the subjects shaping our future.
+Social+Newsletter
TopicsAbout UsContact Us
Copyright ©, Camden Media Inc All Rights Reserved. See our User Agreement, Privacy Policy and Data Use Policy. The material on this site may not be reproduced, distributed, transmitted, cached or otherwise used, except with prior written permission of Futurism. Articles may contain affiliate links which enable us to share in the revenue of any purchases made.
Fonts by Typekit and Monotype.