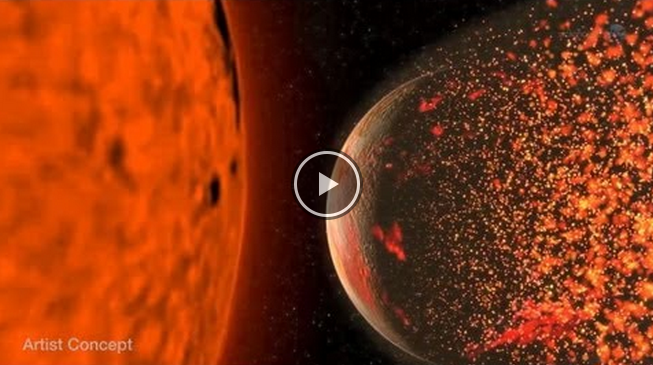 Unless the physics that governs our universe is substantially different than what we currently understand, the universe's days are numbered.

Everything in the universe will eventually die, including our planet. In a few billion years, assuming that something catastrophic doesn't come along before then, our planet will begin to perish. This process will be set into motion as a result of an amazing event: Our Sun will be in its death throes.

As our star ends its life, it will swell far beyond its current size, and as it does so, it will transition into a Red Giant. During this transformation, the sun will melt our glaciers and (eventually) boil our oceans. This expanding Sun will engulf the Earth, and any life that remains along with it.

Ultimately, the Earth will be consumed just before the sun reaches the tip of the red giant phase). Meaning that, after Earth is gone, the sun will continue to grow.

When the Sun becomes a fully-fledged, full grown red giant (in some 7.59 billion years), it will reach its largest radius at 256 times its current size. Interestingly, when this happens, the new habitable zone will stretch from 49.4 AU to 71.4 AU, well into the Kuiper Belt. So although Earth will be gone, there may be a host of new habitable moons in our solar system (time will tell).

Here are some awesome videos that give you an idea of what the end of our solar system might look like.

NASA on the End of our Sun

How the Sun Will Die

The Death of the Sun: Full Documentary