Does the Graviton Really Exist? 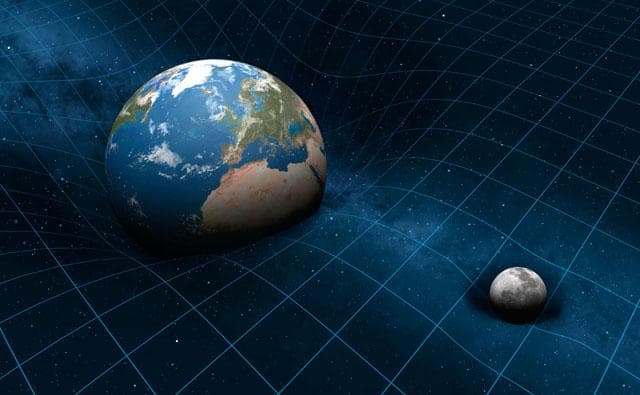 In modern physics, matter in the universe is made up of quanta or “particles” such as electrons, protons  and neutrons. These particles can be said to interact through various forces or fields (strong, weak, electromagnetic, gravitational) for which there are corresponding “field quanta” such as photons and gluons. These quanta are often seen as the particles that make up these fields, and while things are a bit more complicated it is the right basic idea. We have a lot of experimental evidence for these quanta, but there is one that’s often mentioned for which we have no experimental evidence. That’s the graviton.

One of the basic ways in quantum field theory to is to start with a wave form and then “quantize” it using the mathematical formalism. In this way you can show, for example, how photons arise from the electromagnetic field. The same thing can be done with the gravitational field. Start with gravitational waves, and then quantize it to derive gravitons. But there are some problems with this approach. In quantum field theory all fields act within a flat background of space and time (what we call Minkowski space). Gravitational waves distort space and time itself, so to derive gravitons it’s often assumed that the gravitational waves are a fluctuation within a background of Minkowski space. It this way you can treat gravity as a field within flat space in order to quantize it.

Of course, general relativity shows that’s not how gravity works. Gravity is a product of spacetime curvature, so to quantize gravity you’d need to quantize spacetime itself. Just how that might be done is one of the great unsolved problems in physics. So it’s possible that gravitons don’t exist. But it’s generally thought that they do, since most physicists think that in the end quantum theory will be at the heart of everything. The current main approaches to quantum gravity, such as string theory and loop quantum gravity, predict the existence of gravitons with the same properties we see in the simple “quantized wave” approach.

Even if gravitons exist, it’s likely that we’d never be able to detect them. As one recent paper demonstrated, gravitons would interact so weakly with masses that you’d need something like a Jupiter-mass detector orbiting a neutron star. Even then it would take more than a decade to detect a single graviton. Even then the noise from things like neutrinos would wash out your signal. If there’s no practical way to detect gravitons, does it make sense to talk of them as a scientific model?

Perhaps. Assuming they remain within a robust model of quantum gravity, there may be indirect ways of confirming their existence. For now, however, they are purely hypothetical.

Read This Next
Quacks Like a Duck
Those Headlines About Scientists Building a Wormhole Are Total Nonsense, People
Falling In
Objects We Thought Were Black Holes May Actually Be Wormholes, Scientists Say
Bangs and Bounces
Scientists Say Stuff Might Have Been Happening Before the Big Bang
Clusterf***
There's Something Strange About How These Stars Are Moving, Scientists Say
What Lies Beneath
Researchers Say "Conan the Bacterium" Could Be Hidden Beneath Mars’ Surface
More on Hard Science
It From Bit
Nov 22 on the byte
A Scientist Is Crowdfunding an Experiment to Check if We Live in a Simulation
Water Carrying
Nov 20 on the byte
Evidence Grows That Soggy Meteorites Gave Earth Its Oceans
Shroom News
Nov 20 on the byte
Scientists Build Circuit Boards Based on Mushrooms
READ MORE STORIES ABOUT / Hard Science
Keep up.
Subscribe to our daily newsletter to keep in touch with the subjects shaping our future.
+Social+Newsletter
TopicsAbout UsContact Us
Copyright ©, Camden Media Inc All Rights Reserved. See our User Agreement, Privacy Policy and Data Use Policy. The material on this site may not be reproduced, distributed, transmitted, cached or otherwise used, except with prior written permission of Futurism. Articles may contain affiliate links which enable us to share in the revenue of any purchases made.
Fonts by Typekit and Monotype.