Google wants its cars to follow fewer rules of the road 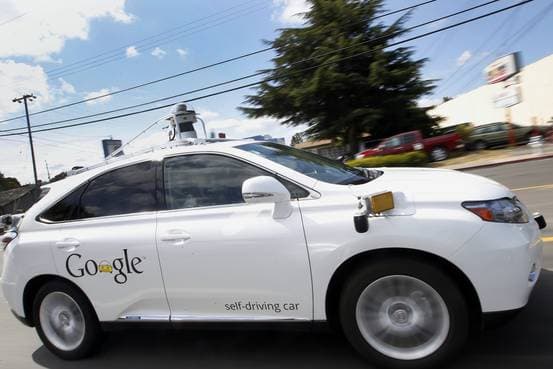 Google programmed its self driving cars to follow all the rules of the road. Some have described them as "driving like a grandma:" strictly following speed limits and the like. Chris Urmson, head of Google's car division, said the cars are "a little more cautious than they need to be." So now they're trying to make them drive more like a human.

Although Google's cars have been in 16 accidents, in every circumstance it was the fault of the other human driver. Google isn't strictly programming in these kind of little cut corners, but instead is teaching it to drive more like a human through deep learning techniques. By building human-like flexibility into its self-driving cars, they could be better on the road with other humans, and perhaps solve some of the big issues with AI today.

Read This Next
Naughty Botty
Amazing "Jailbreak" Bypasses ChatGPT's Ethics Safeguards
Immortality Lite
Metaverse CEO Says ChatGPT Is Speeding Up Timeline for Emulating Dead People
AI After All
This Entire Sci-Fi Magazine Generated With AI Is Blowing Our Puny Human Minds
Let Them Fight
Whatever You Think of BuzzFeed's AI Quizzes, They're Way Less Horrible Than What CNET Has Been Doing
Bot Wreck
Red Ventures Knew Its AI Lied and Plagiarized, Deployed It at CNET Anyway
More on Artificial Intelligence
Judge Dredd
3:34 PM on the byte
Judge Uses ChatGPT to Issue Ruling in Court Case
We're in Hell
Yesterday on the byte
Scammers Are Already Convincing Idiots They Can Get Rich Using ChatGPT
Bing Bing Bing!
Yesterday on the byte
Microsoft Appears to Have Accidentally Launched New Bing With ChatGPT Functionality
READ MORE STORIES ABOUT / Artificial Intelligence
Keep up.
Subscribe to our daily newsletter to keep in touch with the subjects shaping our future.
+Social+Newsletter
TopicsAbout UsContact Us
Copyright ©, Camden Media Inc All Rights Reserved. See our User Agreement, Privacy Policy and Data Use Policy. The material on this site may not be reproduced, distributed, transmitted, cached or otherwise used, except with prior written permission of Futurism. Articles may contain affiliate links which enable us to share in the revenue of any purchases made.
Fonts by Typekit and Monotype.