Now Anyone Can Hunt For Exoplanets 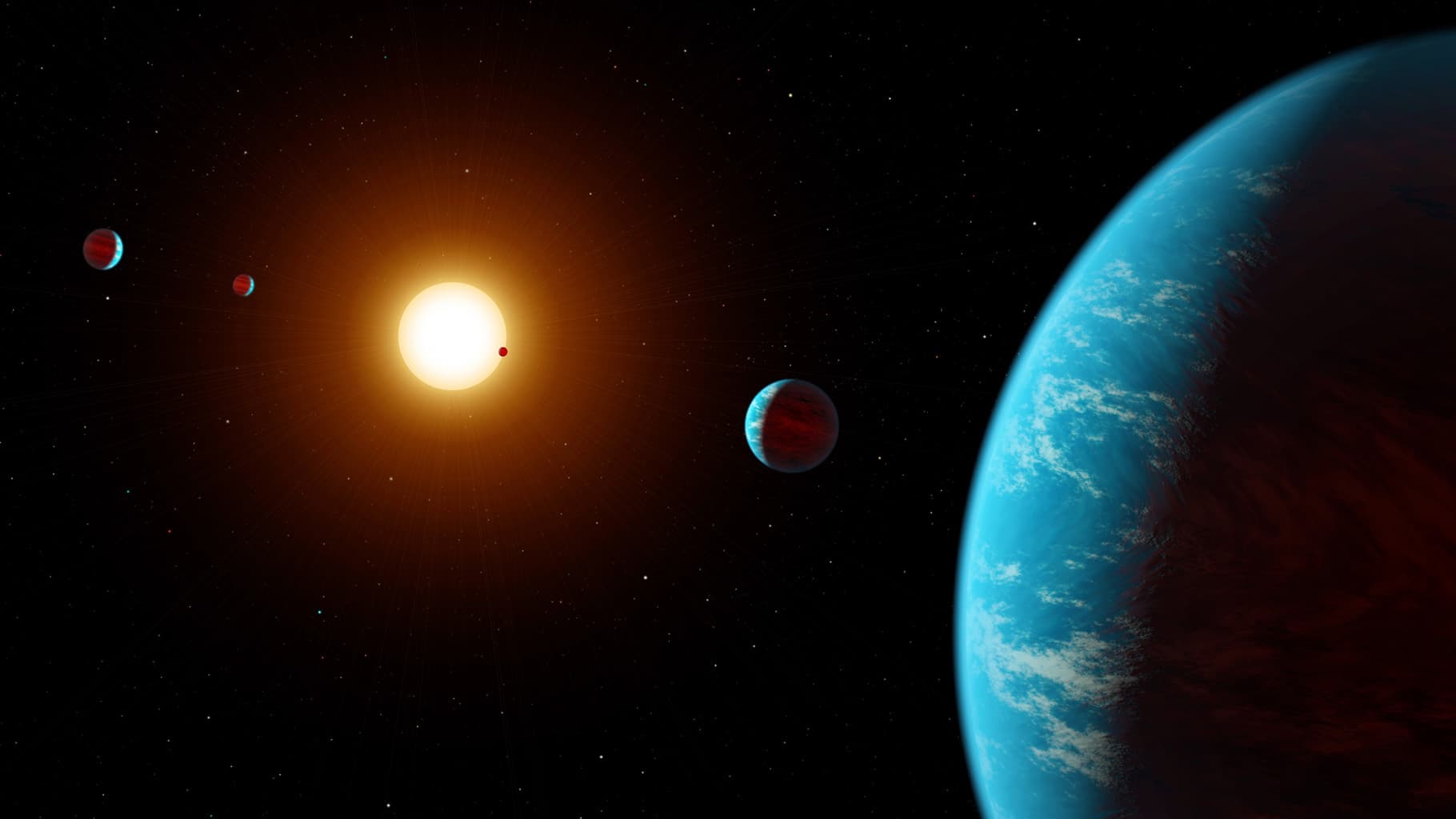 Exoplanets are difficult to find and harder to directly observe – most of the time scientists only know these celestial bodies exist when they block some light from their closest star. To help scientists learn more about exoplanets, including those in the "Goldilocks Zone" (the "just right" zone in which planets are most likely to host life), NASA launched the Kepler spacecraft in 2009. Its mission: make observations that might lead to the discovery of exoplanets.

It has already succeeded, and has returned a ton of data. Astronomers have been sifting through the most promising data Kepler returned, specifically 30,000 of its strongest stellar signals from 150,000 stars. Out of those, they discovered 2,500 exoplanets.

There was a lot more data, though, weaker signals too messy or subtle for humans to identify. That's where the AI comes in. AI can discover previously unknown exoplanets because it can recognize patterns in the Kepler data humans couldn't see. That's how the algorithm found the two exoplanets — by analyzing 700 of the weaker signals.

This means there are still 119,300 of those weaker signals left to analyze. And the more computational power used to analyze them, the more exoplanets will be discovered.

For those looking to add their computers to the mix, the code for this algorithm and instructions on how to use it can be found and downloaded on Github. Users will have to train the algorithm before they can use it to find new planets. Unfortunately, though, the program isn't exactly the most user-friendly. You'll probably need some understanding or experience with Google’s machine learning software, TensorFlow, and also Python.

Citizen scientists are playing an increasingly important role in processing the amount of data it takes to discover a new exoplanet. Recently, a group known as the Exoplanet Explorers discovered the planetary system K2-138, marking the first time that a multi-planet system was discovered entirely by the public.

Read This Next
Lonely Planet
Scientists Find Nearby Planet the Same Size of Earth, Plan to Search It for Life
Accuracy Wall
Harvard and MIT Scientists Warn That James Webb Data May Not Be What It Seems
Outing Life
Swiss Government Scientist Says We May Be on the Brink of Discovering Alien Life
Sun Gazer
Researchers Want to Use the Sun As a Giant Telescope to Look for Aliens
Space Invaders
Study: There May Be as Many as Four Evil Civilizations in Our Galaxy
More on Off World
Take Cover
Feb 4 on the byte
Space Startup Blows Up Another Giant Inflatable Space Station Module
Rock Blast
Feb 4 on the byte
Scientists Say There's an Upside to Those Rocks That Keep Bludgeoning the James Webb
Meathead Theory
Feb 4 on the byte
Professor Receives Insane Email Claiming "Biological" Green Comet Is Giving Off "Meat Smoke"
READ MORE STORIES ABOUT / Off World
Keep up.
Subscribe to our daily newsletter to keep in touch with the subjects shaping our future.
+Social+Newsletter
TopicsAbout UsContact Us
Copyright ©, Camden Media Inc All Rights Reserved. See our User Agreement, Privacy Policy and Data Use Policy. The material on this site may not be reproduced, distributed, transmitted, cached or otherwise used, except with prior written permission of Futurism. Articles may contain affiliate links which enable us to share in the revenue of any purchases made.
Fonts by Typekit and Monotype.