Billions of children remain at an extremely high risk of heart, lung, and brain disease if we do not act. 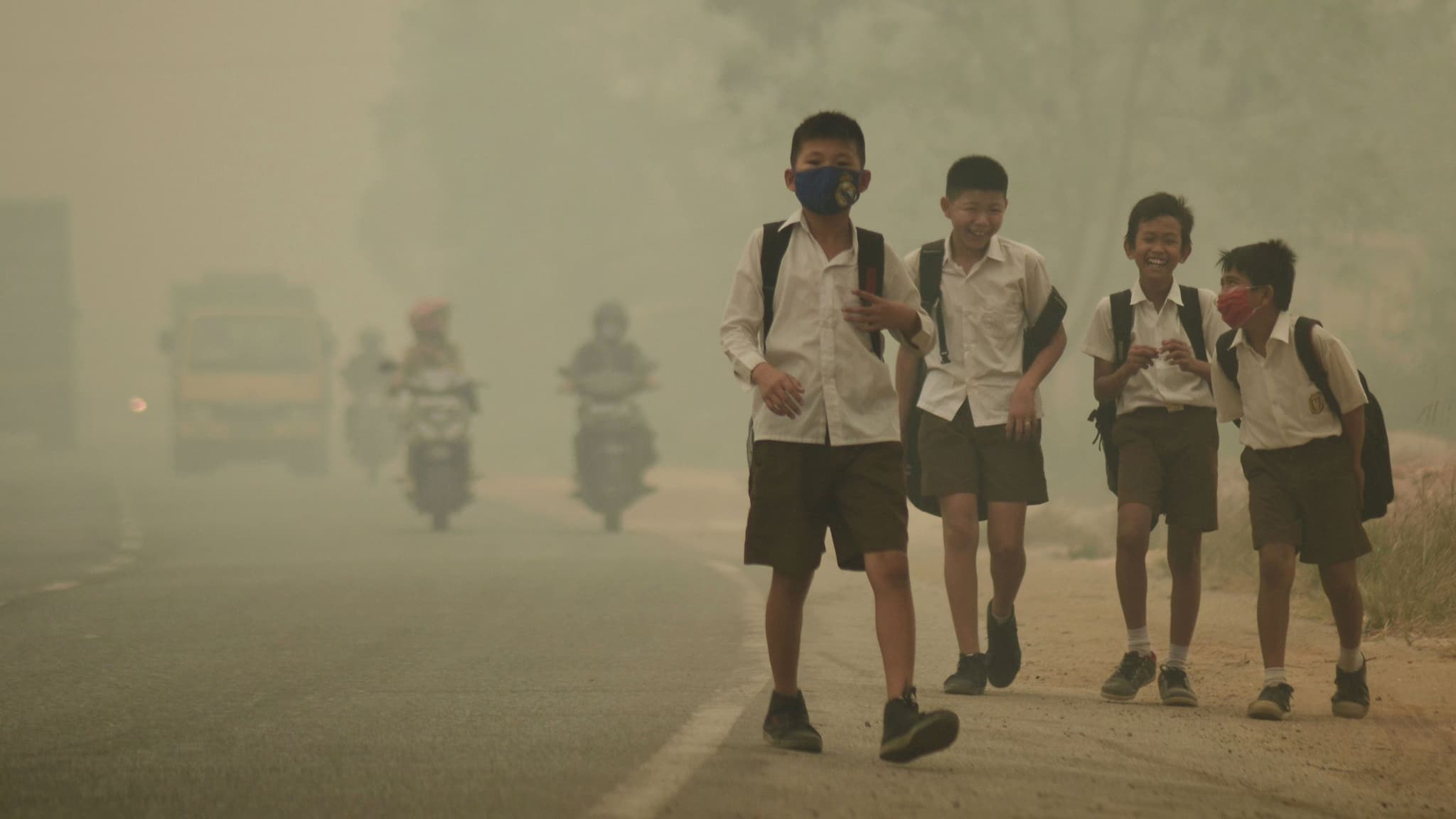 Air pollution is a scourge for humanity that affects both children and adults alike. It is linked to various respiratory diseases such as asthma and pneumonia, as well as cancer, stroke and heart attack.

Children are especially vulnerable since their bodies are still developing. In addition, they breathe twice as fast as adults, which means that they take in more air relative to their body weight.

All this to say, a new report from UNICEF is exceedingly troubling. The report shows that over 2 billion children around the world live in areas that have air pollution higher than the international standard set by the World Health Organization (WHO). This is set at 10 micrograms per cubic meter (µg/m3) annual mean for PM 2.5 — particulate matter that has a median diameter of 2.5 microns.

Air pollution is threatening the well-being of children around the world. UNICEF says that children constantly exposed to air pollution run much higher risks of health problems throughout the course of their lives. The American Lung Association cites various studies that show air pollution's effects on children. These effects include 20 percent lower lung capacity in children, and an increase of cardiovascular diseases.

We are in dire need of taking steps toward reducing air pollution around the world. Sustainable energy, such as wind and solar power, can help since they can replace fossil fuels and give off zero emissions to generate power. Governments of countries such as China have been pushing for cleaner air policies in an effort to curb the increase of pollutants in the air. Major players in he private sector are also doing thier part. Companies like Tesla and SolarCity are developing technologies that could wean us off our dependence on fossil fuels. Developments like these give our children a fighting chance at a healthier future.

Read This Next
Futurism
Cities Can Now Ban Diesel Vehicles, German Court Says
Futurism
Activists Are Suing Governments Over the State of the Environment — and Winning
Futurism
Chemicals Like Perfume Produce as Much Air Pollution as Cars
Futurism
China Will Plant 32,400 Square Miles of Trees to Combat Air Pollution
Futurism
Dubai Has the World's Most Ambitious Plan to Turn Waste into Energy
More on Earth & Energy
Rock Battery
Jan 28 on the byte
Researchers Successfully Turn Abandoned Oil Well Into Giant Geothermal Battery
Do The Worm
Jan 27 on the byte
Scientists Name "Funky Worm" Amphibian After a Weird 70s Funk Song
Cow Chow
Jan 26 on the byte
Bill Gates Gives $12 Million to Flatulent Australian Cows
READ MORE STORIES ABOUT / Earth & Energy
Keep up.
Subscribe to our daily newsletter to keep in touch with the subjects shaping our future.
+Social+Newsletter
TopicsAbout UsContact Us
Copyright ©, Camden Media Inc All Rights Reserved. See our User Agreement, Privacy Policy and Data Use Policy. The material on this site may not be reproduced, distributed, transmitted, cached or otherwise used, except with prior written permission of Futurism. Articles may contain affiliate links which enable us to share in the revenue of any purchases made.
Fonts by Typekit and Monotype.