The Future of Drones: Breaking Down The Stack

A look at the uncertain, amazing future of drones. 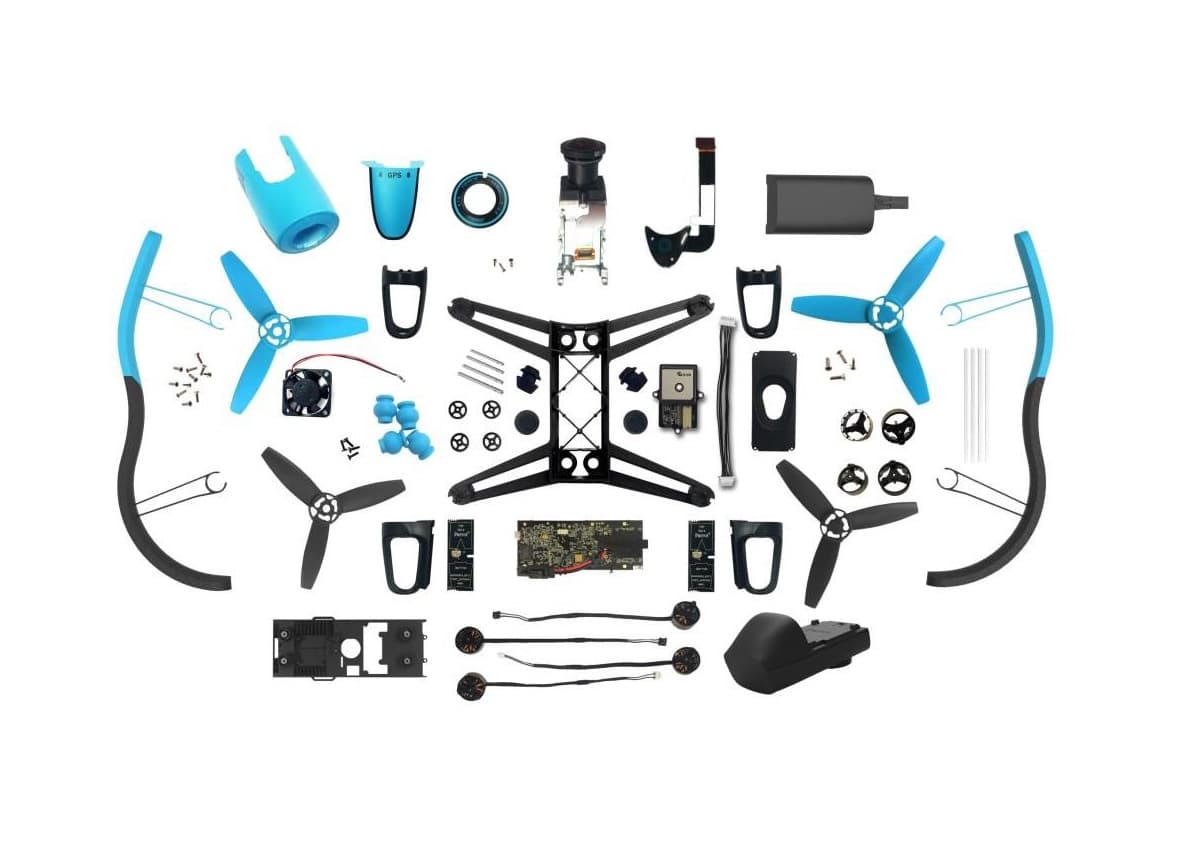 I’ve been studying the drone ecosystem in-depth for more than a year, initially resulting in the Future of Frontier Tech report I wrote at CB Insights.

Today, as an investor at Rothenberg Ventures, I’ve continued to dig deeper in an effort to identify the key opportunities emerging within each part of the drone stack.

As a team at Rothenberg Ventures, we’re continually honing our thoughts and speaking with experts across all areas of Frontier Tech. We operate with key beliefs across each sector that allow us to establish a baseline framework for evaluating the thousands of companies we see each year.

Our conviction for the drone ecosystem began in early 2014 when we seeded the drone operator marketplace, Dronebase, and continued with multiple investments in our most recent River class.

As we continue to invest in drone startups, we are developing multiple core beliefs surrounding drone infrastructure, services, hardware, and more. Some of them may change over time, but we thought it would be helpful to share our thoughts in the interest of collaboration within the drone ecosystem.

See below for a detailed breakdown.

Around 1 million drones were expected to be sold this past holiday season. With increased consumer adoption, Section 333 exemption issuances, and more regulation expected by Q3'16, we will need to manage sub-400 feet airspace. In speaking with industry and legal experts we’ve learned that a lot of this airspace will be managed with both a vertical and horizontal approach.

Municipalities will largely be in control of the airspace with the FAA having a horizontal set of rules and control as a governing body across the United States. A software layer will manage this.

Hardware is becoming a commodity with well-capitalized, innovative players such as DJI, Parrot, 3D Robotics, Yuneec, and others dominating standard quadcopter hardware (and even expanding into vertically-focused drones in some instances). Because of this, we believe that enterprise drone hardware will serve as “platforms” for payloads and other enabling technologies. On the consumer side, we believe that drones are one of the next camera platforms.

The enterprise appeal for drone services tackles multiple billion-dollar sectors. Within construction, precision agriculture, oil & gas, and more, drones pose massive increases in efficiencies as well as decreases in costs. There will be a new wave of private and public players entering the drone services segment over the next 2–4 years, and we are already seeing that ramp up, speaking with an average of 1 new drone services company per week over the past few months.

There is a lot of enabling technology that will be sold direct to OEMs and service providers. We are very interested in the ability to “level up” a drone across autonomy, data collection, and usage, thus these enabling technologies will be valuable.

Overall the drone ecosystem is still in its infancy, and thus these are dynamic core beliefs that will change as we learn more and continue to back great teams in the coming years. Whether you’re an entrepreneur working on an awesome drone startup, or someone who just wants to chat more, I’d love to hear from you! Reach out to me on twitter @mhdempsey or via email.

Read This Next
Futurism
Australia is Deploying AI Drones to Help Prevent Shark Attacks
Futurism
Live Saving Medical Devices Could Soon Be Delivered By Drone to Heart Attack Victims
Futurism
Chipotle Once Delivered Burritos to Hungry College Students...Via Drone
Futurism
This Eerie New Drone Comes With Spider-Like Grasping Arms
Futurism
EU Aviation Associations Call for the Registration of All Drones
More on Artificial Intelligence
Wow!
6:24 PM on the byte
BuzzFeed Announces Plans to Use OpenAI to Churn Out Content
I Have a Dream of...
3:25 PM on futurism
ChatGPT Shamelessly Writes Letter Announcing Layoffs While Promoting Execs and Quoting MLK
Good Morning!
Yesterday on the byte
Startup's Plans for Robot Lawyer Nixed After CEO Threatened With Jail
READ MORE STORIES ABOUT / Artificial Intelligence
Keep up.
Subscribe to our daily newsletter to keep in touch with the subjects shaping our future.
+Social+Newsletter
TopicsAbout UsContact Us
Copyright ©, Camden Media Inc All Rights Reserved. See our User Agreement, Privacy Policy and Data Use Policy. The material on this site may not be reproduced, distributed, transmitted, cached or otherwise used, except with prior written permission of Futurism. Articles may contain affiliate links which enable us to share in the revenue of any purchases made.
Fonts by Typekit and Monotype.