Is nuclear fusion power the key for an express trip to Mars? 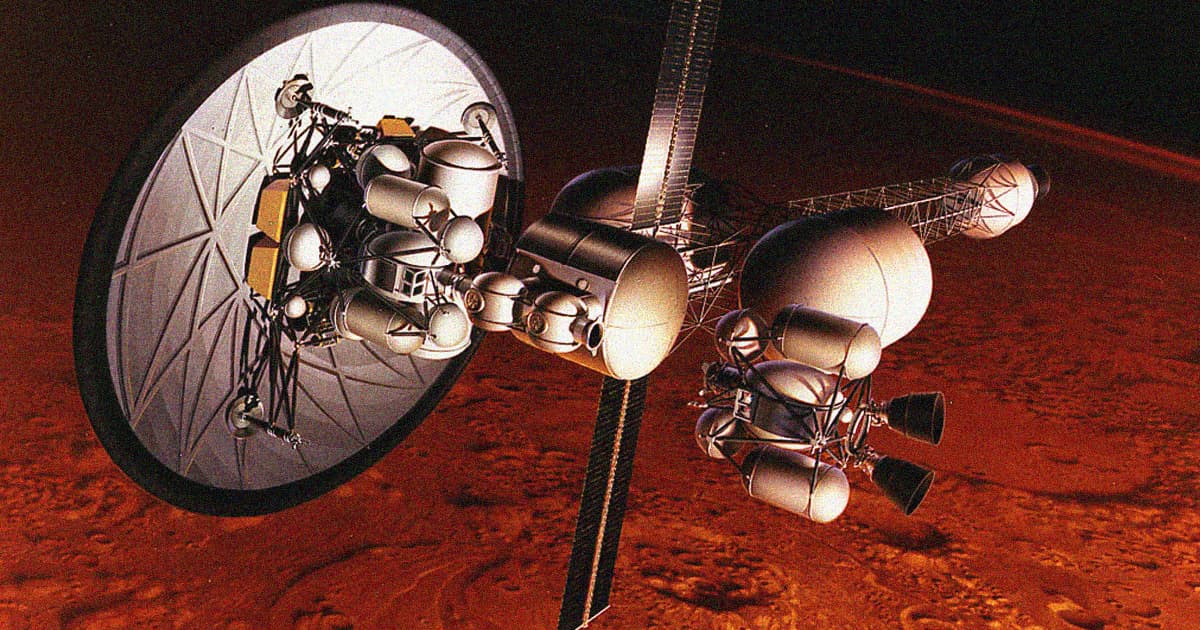 Image by US Nuclear Corp

Radiation detection company US Nuclear Corp is trying to woo NASA into signing a contract to develop a fusion-powered spacecraft propulsion system that could take future space travelers all the way to Mars.

In a collaboration with Magneto-Inertial Fusion Technologies, Inc. (MIFTI), a UC Irvine spinout focusing on developing a thermonuclear fusion-based generator, the company is hoping to help NASA send the first-ever crewed mission to Mars as soon as the early 2030s.

"Sooner than you think, human engineers and adventurers may be building the first town on Mars," reads the company's lofty statement.

Earlier this year, NASA sent out a call to companies, challenging them to come up with electric nuclear (in which thermal energy generates electricity to drive thrusters) and thermal nuclear (in which heat from nuclear reactions acts as the propellant itself) propulsion systems for its next generation of spacecraft thrusters.

Relying on nuclear power propulsion would allow future spacecraft to use far less fuel and complete a round-trip to the Red Planet in only two years or so, according to NASA.

US Nuclear claims that the fusion power generator being developed by MIFTI could deliver ten million times the energy per payload pound when compared to conventional chemical rocket fuels. The generator also could cut down a one-way trip to Mars down to just three months and could generate power for thrust "anywhere there is water or ice, and unlike fission, is not dependent on the ready supply of enriched Uranium," according to a statement.

Fusion power also means future space travelers wouldn't have to shield themselves from the radiation being put out by a nearby fission reaction.

The company has some extremely ambitious plans.

"US Nuclear and MIFTI are just a few years away from building the world’s first fusion power generator which could later be used to power space travel," the statement reads.

The promises should be taken with a grain of salt. Fusion rocket technologies are still in their early stages and have yet to be demonstrated. And, as a point of fact, scientists have yet to build a practical fusion power facility back on Earth.

Futurism has reached out to US Nuclear Corp for comment.

The company is also not alone in trying to develop a nuclear fusion propulsion system in space. A team of researchers at NASA's Glenn Research Center published a pair of peer-reviewed papers last year outlining a new method to trigger nuclear fusion in space.

"Scientists are interested in fusion, because it could generate enormous amounts of energy without creating long-lasting radioactive byproducts," Theresa Benyo from NASA’s Glenn Research Center said in a statement at the time.

"However, conventional fusion reactions are difficult to achieve and sustain because they rely on temperatures so extreme to overcome the strong electrostatic repulsion between positively charged nuclei that the process has been impractical," she added.

In their two papers, the team described a new method that would enable fusion reactions using deuterium, a non-radioactive hydrogen isotope at room temperatures — instead of compressing or heating the isotopes to beyond the temperatures found at the center of the Sun.

But such a fusion drive is still a distant dream. For one — despite the team's novel methodology — the reactions wouldn't provide nearly enough thrust.

Fusion power is an elegant solution to a problem as old as space travel itself — that conventional rocket fuel will quite literally only get us so far.

By focusing our efforts on nuclear propulsion, whether generated from radioactive materials or complex fusion reactions, we stand a chance to take space travel to its next logical conclusion.

READ MORE: Think About Taking Your First US Nuclear Fusion Powered Trip to Mars and Back [US Nuclear Corp]